Like most people, I too was a big Power Rangers fan. Not only did I see Mighty Morphin Power Rangers: The Movie in theaters when I was a wee lad, but I watched basically every episode. I kept up with the evolving story line over the various versions. I was still super into the show when it was Power Rangers In Space, because it was all connected. That is when I was able to get a lot of the toys as well.

Power Rangers Lost Galaxies is where I started to lose interest, and now of course, watching the newer versions make me cringe. But technically, watching the older shows also make me cringe. Power Rangers is NOT a good show. It is creative as fuck, piecing together the Japanese TV shows and some American actors to make something somewhat coherent. Good on them for trying. But it is of course repetitive, silly, and a bit shitty.

And that is okay. Not everything nostalgic needs to actually be great. We just have to admit it to ourselves.

Now? Let’s get back to now. Now we have a reboot. A grittier version, of course. Power Rangers. New teenagers with more attitude, because they are going to use swear words. And as it is a reboot we are going to get a few references or meta jokes, because film is dead and meaningless in the year 2017. 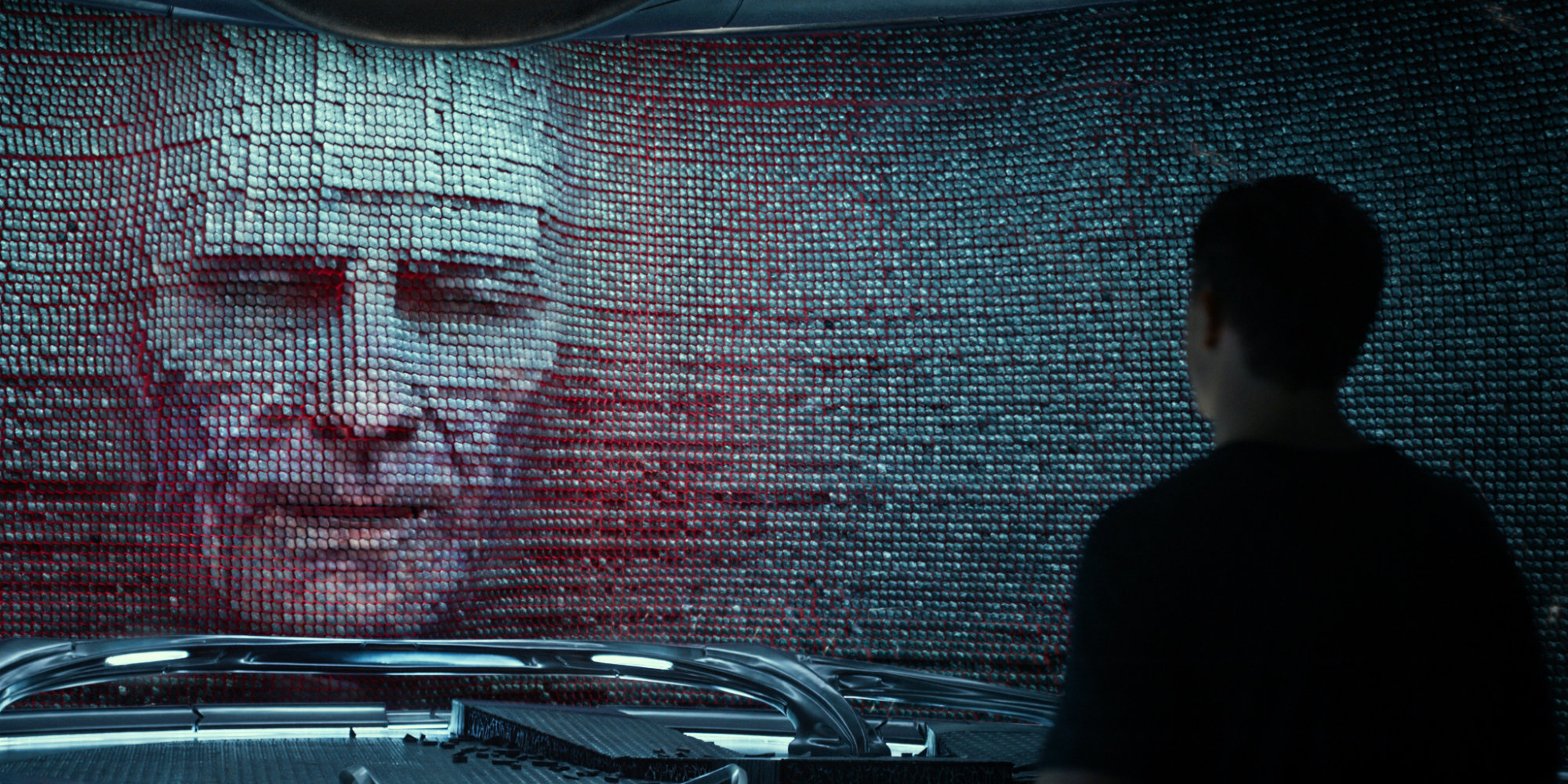 The film starts with the end of the dinosaurs! And also aliens, fighting. One of those Aliens is Zordon (Bryan Cranston), who dies covering up some interesting looking coins, from some repulsive looking alien lady. And after a meteor hits, we switch to modern day. Our hero, Jason (Dacre Montgomery), just got arrested for vandalizing school property, and private property, and operating a motor vehicle like an asshat.

So that means he gets to have Saturday detention forever. And that is where he meets Kimberly (Naomi Scott) and Billy (RJ Cyler), who we all know later also become rangers. Long story short, those three and two other people, Zack (Ludi Lin) and Trini (Becky G). Blah blah blah, coins, Zordon, Alpha-5 (Bill Hader), and more!

(Record scratch)! But if these kids think being Power Rangers is going to be easy, they don’t know what they are getting into. They can’t even morph! And Rita (Elizabeth Banks) is going to take over everything in just a little over a week! Uh oh! It’s a bold idea, to do this review and not show any power ranger.

Let’s get straight to the point. This reboot tried to do everything, and thus fell short at everything. It wanted gritty and serious. It also wanted nostalgic references. It also wanted elements of corny, but those were few and far between. The original show was very corny, and a bit self aware. I am not saying this remake has to be exactly like the show to be successful. I have already said that the show is kind of terrible. But it needs to make an identity and stick with it.

Making references and quotes from the original series is cheap and easy. But they break us out of the movie. The one time they say “It’s morphin’ time!” feels incredibly lackluster. The Alpha-5 “Aye-aye-aye” isn’t terrible. The new version of the old theme plays over the zoid entrance really quick, but it feels like an amateur just pasted it on top of the film and feels out of place.

And the references can get really distracting too! There was a scene between Zordon and Alpha-5, sort of freaking out about the fact that the new rangers were just teenagers. It was just begging for him to say something about how they had attitude as well, and it didn’t, so it was just an awkward moment in the theater.

This is a lot of detail on technically a small aspect, but it frames the entire film. The only entertaining Ranger is of course Billy, because they made him nice, caring, and interesting. RJ Cyler is still killing it, just like when he played Earl in Me and Earl and the Dying Girl. The camera work felt too teenage angsty and HD. It reminded me of I Am Number Four and other similar tone movies, where the whole thing just feels fake and rushed. And the megazord moment just is overly long and…well, awkward.

Despite all the complaints, the movie is still at least okay. The plot isn’t the worst, they add a lot of mythology to the story and give us storylines to work on in the future. Zordon was a huge dick, so it was just nice to see him with a personality. And how they connected Rita to the Rangers made some sense as well. Although, Banks didn’t feel right for the role. She looked like she was trying to act like Parker Posey, and now, I really just want the role to magically have been given to her instead.

This is not a movie you have to GoGo to see right away. It will be on Netflix before the end of the year, guaranteed.