For those who have the time, please watch the Trailer for Phantom. Did you? No? Too lazy? Fair enough.

Well, it is short, less than 90 seconds, and extremely crappy. Like, seriously, the quality is very low, it looks like a made for TV movie. Or a strange episode of Last Resort. I had to sit through this trailer multiple times in theaters, just for it to not even touch the state of Iowa (I think). Normally when I review a DVD movie, I try to have it within a week of coming out, but this one took several. I didn’t take me awhile to watch it, saw it the next day it came out. Just apathy after the fact. Super deep apathy. 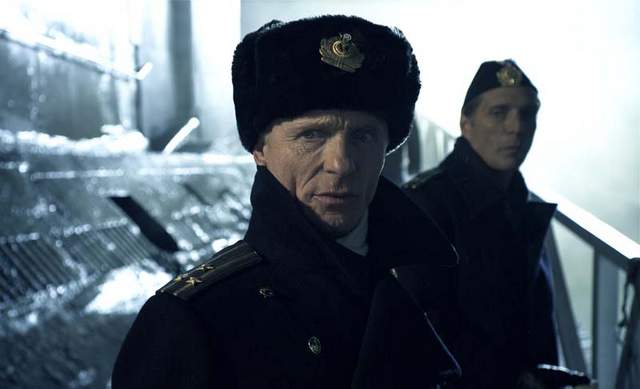 About as apathetic as an old Russian on a submarine in the winter, I’d imagine.

Demi (Ed Harris) is an old Russian naval commander. He has done it all, and only a little bit with submarines. After all, this is only the Cold War now, and submarines aren’t that old yet. Well, he has had some problems in the past, and just got back from a voyage. He can only have one mission left before he retires, and it involves using an older submarine as well. Literally the day after he got back. Shit. Same crew. Sucks to suck. Also, some KGB agents are going to join them as well. Bruni (David Duchovny) have a secret mission on the sub, and can’t tell anyone about it. Yet.

Well, eventually it is made clear. The Russians have developed a new technology, that when turned on, will reflect a different signature when other objects use sonar against them. So when a USA submarine comes near, the sub thinks they are some commercial ship. Whoa. Phantom technology, lets them have stealth submarines. That is useful, but why is that important?

Oh, because they want to pretend to be a Chinese sub, send Nukes against America, and start a new war while being in the clear.

William Fichtner plays the second in command. Will the crew do the unthinkable, or turn against their own government for a task they feel is wrong? 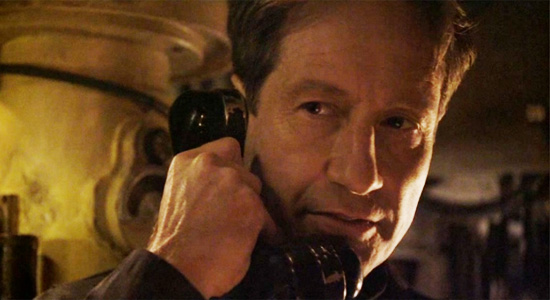 Who is that on the line David? Your agent? Your life has sucked since The X-Files? Huh, go figure.

I don’t want to spend a lot of words on this movie. It hurts my psyche. It was boring and dull. Submarine movies tend to be at a disadvantage, because the viewer tends to be stuck in a small vessel with them. So there is no change in scenery. Small amount of actors, limited drama, limited threat.

It was strange to find out they were Russians. I normally don’t care about accents, but because the whole thing is in English (thankfully not a Russian movie), I am surprised there are literally no accents. Everyone talks as they normally do. I couldn’t even fathom they were all Russian because of that. At least trying for an accent is better than nothing, I’d say.

Simple film, maybe worse than a made for TV movie.