I miss sexy movie titles. Just a last name (or even a full name) are boring titles. They don’t even say anything about the movie unless you already know the character they are based on. Parker is actually not the first time this character has been in film. At least five other movies have featured Parker as the main character, based around the crime novels by Donald Westlake/Richard Stark, but most of them at least have interesting titles.

On an unrelated note, I am a little bit interested in the movie Bullet To The Head.” I bet you can figure out why. 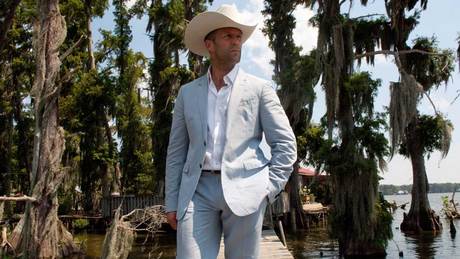 Because Stallone wont be attempting to be a British man faking a Texas accent.

Parker (Jason Statham) is just your ordinary crook with a few simple rules. Don’t hurt anyone innocent, don’t steal from those who can’t afford it. That usually means organizations with insurance, and the money goes to himself, so don’t consider him a Robin Hood character. His girlfriend (Emma Booth) knows all about it, because her father (Nick Nolte) is an ex partner of his, who now just sets up criminals for bigger scores.

Which of course he does with Parker and another group of guys. Robbing the Ohio State Fair, a score of about a million dollars, $200k each. Pretty solid. But it turns out the other four members of the crew (Michael Chiklis, Wendell Pierce, Clifton Collins Jr., Micah A. Hauptman) have their eyes set on a bigger prize. Another job for five people, worth millions, but they need some start up cash first, all of what they just got.

Well, they are vague, Parker says no, they try to kill him and run away. But of course he doesn’t die. That would be a sad and short movie. So he creates a new identity, and heads off to West Palm Beach to stop the guys who tried to kill them by killing them first, and of course getting his money back. Shouldn’t be too hard. After all, Jennifer Lopez plays a real estate workers strapped for cash, being chased romantically by a local cop (Bobby Cannavale). Parker basically has his own small army with J-Lo! 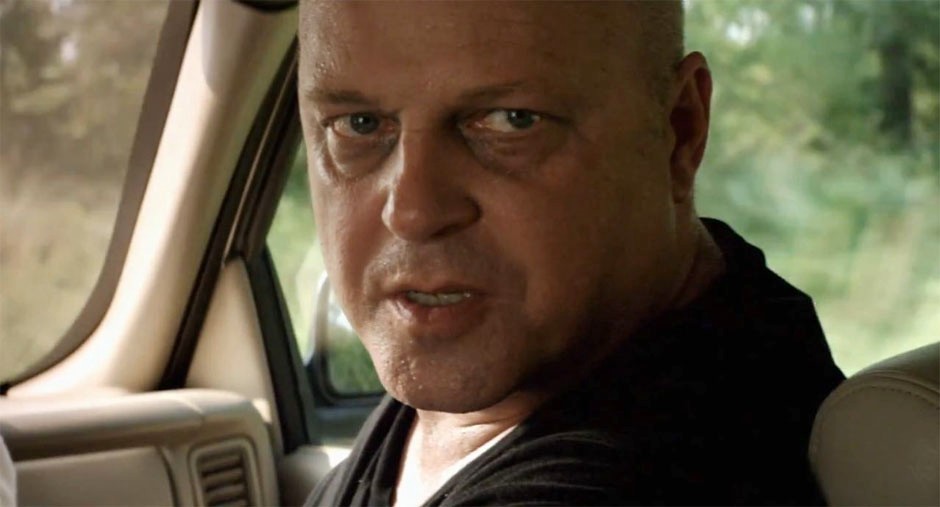 Too bad it will take at least 3 small armies to remove his grimace.

The previews for Parker make it seem like a giant revenge action flick. A crime occurs, guy gets wronged, he goes back for vengeance. If anything, it was the exact opposite. Yes, the heist goes off and he gets wronged, but he doesn’t start killing all the people involved on a warpath. No, he has to plan it all first. Here is where my brain starts to get all weird.

I like that it is planned, that the movie looks before leaping and sets everything up first. That way we get to see how smart our main character is! Smart and his great ability to survive despite all these injuries. But then it became too detailed, and a little bit boring. Honestly, after the two hour movie, I had felt like I was in the theater for four hours. It is hard to describe, but things definitely go way too slow.

It didn’t help that watching every little step of his recovery/run/planning made me  hate the Parker character. Apparently Parker hates people who break his rules and his creed! Well, so much for the stealing only from those who can afford it. It was almost comical, watching him steal car after car, location to location, without actually knowing anything about the owners of any of them. His creed didn’t mean a dang thing when it actually mattered.

His actions ruin the image of the charismatic thief for me, just a bit. Compiled with the snail crawl of the film makes it hard to recommend to anyone.