Out of the Furnace has the honor of being the only movie coming out this week, in a month that is typically packed to the brim with movies to take advantage of those holiday sales.

It also has the honor of making me think of the Meatloaf song, “Out of the Frying Pan,” so much that whenever I hear the film’s title, I can’t help but sing “And into the fire!” in my head. 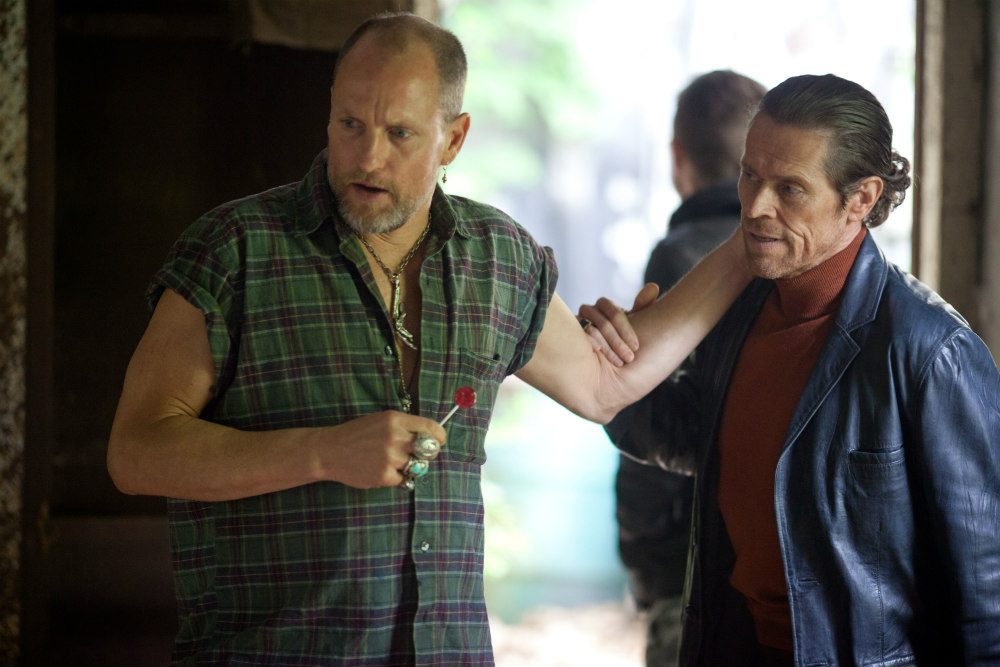 This is an actual scene of the film, lollipop and all.

Russell Baze (Christian Bale) is your average factory worker living in Pennsylvania. He is a man who works for a living, a guy who will never be rich, but overall, a very caring and loving man. He has a lady (Zoe Saldana), a younger dumber brother Rodney (Casey Affleck) in the army, and his father is getting sick. But after a night of trying to do good and a few mistakes, Russell finds himself behind bars after a drunk driving accident.

Now, years later, his life has changed drastically. His father: dead. His woman: left him for a cop (Forest Whitaker). His brother: suffering from extreme PTSD after four tours in Iraq. Rodney is also deep in gambling debt and starting to take up illegal bare knuckle boxing to pay his debts. But when he gets involved with the Appalachian hill folk and their leader, Harlan DeGroat (Woody Harrelson), his life is going to make a change for the worse.

It is up to Russell, a good man who hasn’t done a lot wrong in his life, to potentially give up his moral convictions, his good nature, and his innocence, in order to avenge or save his brother… You know, depends on what they do to his brother first.

Willem Dafoe is also in here as a small town loan shark, and Sam Shepard plays a family friend.

Here’s a hint. That gun is not for hunting. Okay, normally yes for hunting, but right now it isn’t. Shut up.

Out Of The Furnace might feature some of the better acting performances of the year. There is a scene with Bale and Saldana on a bridge and it absolutely tore my heart up. It was very unexpected and it felt incredibly real. This is the best performance for Affleck since The Assassination of Jesse James by the Coward Robert Ford. If it wasn’t for Harrelson’s goofy looking head, I wouldn’t have recognized him speech wise as the incredibly corrupt hill folk.

Unfortunately, the great acting is the only real thing I like from this movie.

It is definitely a slower moving film, as it wants to build up the fact that Russel is a great human and just trying to live his life. A lot of intense scenes involving others are spliced with Russel hunting and working, just to show how un-extreme his life is. In fact, the movie goes to incredibly lengths to make that point during the ending, which seems to drag on forever. On top of that, the ending almost feels a bit dreamlike, including an ambiguous final scene that I am unsure of its purpose.

I believe this film has a lot of symbolism incorporated within it, but potentially too much symbolism, and not enough entertainment.

Fantastic acting, a good idea for a story, but just a dull way to deliver that story.

2 out of 4.
Tags:2 out of 4, Casey Affleck, Christian Bale, Drama, Forest Whitaker, Out Of The Furnace, Sam Shepard, Thriller, Woody Harrelson, Zoe Saldana