“Welcome to It’s a Nutty, Nutty, Nutty World. We’re just nuts about nuts. Crunch nuts with your lunch. Buy them by the bunch. Send them to friends far away to munch.” That is by far my favorite quote from the TV show Daria, and technically, no, it has nothing to do with this documentary.

But I am getting ahead of myself. John Romulus Brinkley is a self appointed genius and sort of hero of this sort of true biographical documentary. He was raised poor and lived a meager existence, but one day he found himself in Milford, Kansas to start a new life. He opened a decent sized small town clinic, paid well and made everyone healthy and happy.

Then he also experimented with goat testicles. He had the idea to put male goat testicle glands into a human male testicle as a way of curing impotence. And guess what? Guess what? Are you guessing? Apparently that shit worked.

Because the Noble Goat is the healthiest of all mammals and a strong sex drive, just doing a nice transplant can help a man impregnant ladies! And don’t worry, the babies are all human, not strange hybrids. This is where he got his rise to fame.

Of course, absolutely no one in the medical community believed him. They called him a quack, a fraud, a faker, and wanted him to stop. But John Brinkley is a man who was ten foot tall and nothing was going to break his stride. 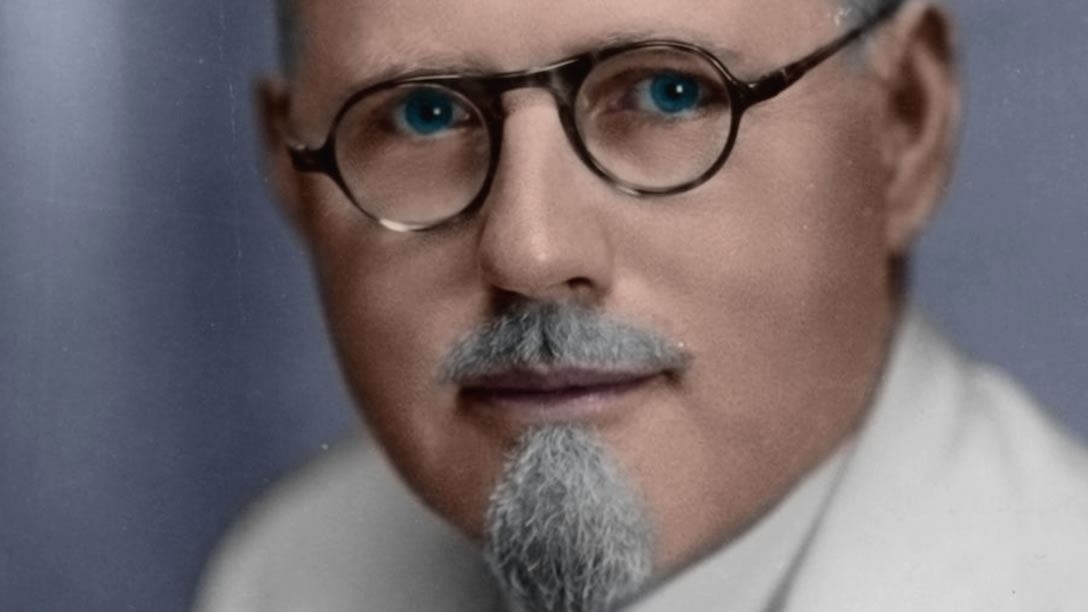 Or his stare into our souls.

Now, obviously Brinkley is quite an interesting character. But he kept doing the nut stuff. He also invested money in a giant radio antennae, which ended up being one of the biggest in the country at that point. So he also became a big name in the radio. Soon he had the precursor to the FCC also on his door, with the doctors, getting him to stop. So he then decided to run for Governor of the state, after all, people liked him. And he might have won too as a write in candidate, but there was some sketchy stuff there.

Eventually he moved to Texas, changed his radio tower to be a big one in Mexico to avoid US regulations, and developed a formula from goat testicles to cure impotence to not spend so much time in surgery. That’s right, this man, this genius, did so many things and none of you have ever heard about him.

And that is another reason why this documentary is so fascinating. Using archival footage when necessary, and animation at other times, we get to look into the life of a self proclaimed scientific hero, who dabbled successfully in many other aspects of life. The animation with real-ish dialogue from court room scenes and more are fascinating to witness and the voice work really brings out the personality of the characters. The real life historians who are familiar with Brinkley are also featured throughout to give his glimpses into his life.

Overall, this documentary is just so well crafted. Every scene, beginning to end, fully committed to this man’s story and to teach the viewer about someone unique in American history. So many documentaries exist on already incredibly famous people, teaching us only a few useful new facts and claiming to be the best. This is a story that most people would have never heard and actually accomplishes its point to inform the viewer. I loved it. I loved the way it was presented, I loved the topic man, and I loved how it unfolded.