Ooh, Noise. That would be either some vague horror movie, or another remake of The Grinch.

Obviously it is neither, but man, wouldn’t some gritty remake of The Grinch be cool? Something rated R, yet also still not a horror movie. 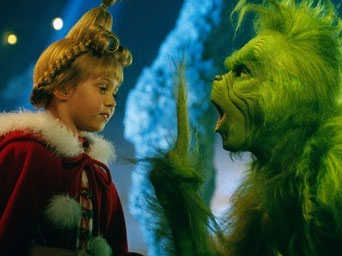 Quick googling says there is no such thing as a Gritty Grinch. Yet.

Instead of my bizarre idea, this movie goes one step bizarrier (Level 2 spell?). It stars mild mannered Tim Robbins. He lives and works in New York city, with his wife, Bridget Moynahan, and their young daughter. But every night the same thing happens. The noise never stops. More specifically, the car alarms, but all the excess noises are a big problem in his eyes.

It makes the baby wake up, and makes it so no one can sleep well, and also makes him limp. Err. Well because the cops never seem to do something about it, he decides to do his own punishment. First he starts slow, deflating a tire or whatever. But eventually he is full on rage mode, smashing the window open to pop the trunk, to cut the line to the battery, just to shut it off. 3 minutes is too long for an alarm to go, given that most people ignore alarms anyways and probably do more harm than good.

He becomes known as The Rectifier, a sort of vigilante punishing those who don’t turn off their alarms. He does try to use the courts to his advantage, but each time his case is thrown out. After his wife makes him leave for his obsession, he meets a Russian student, Margarita Levieva, who helps him start a simple petition to change some car alarm laws and make it fine-able which gets huge support. But the Mayor (William Hurt) and his assistant (William Baldwin) don’t like it just because it seems to support vigilantism, so they put a stop to it.

So it becomes up to Tim Robbins to find a way to get his law passed, any means possible. 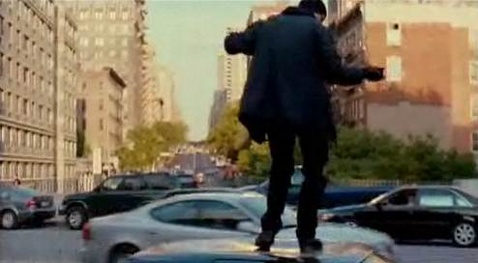 Look at all that rage. Yeah, he clearly mad.

I will keep this short and sweet. This movie was weird, yes, which I like. The beginning felt pretty good but died down after about twenty or so minutes. The ending was also strong, I liked what he decided to do in order to finally get his ordinance passed. But a whole lot of the middle was kind of boring. I didn’t even like their quick country plantation visit, where he found that the noise problems still exist outside of the city.

It is a bad problem, no one likes it but everyone accepts it and his character cannot fathom why they should accept it any longer. So he decides to spend a long time trying to combat it, and it is kind of awesome in an “unexpected hero” sort of way. I was surprised this wasn’t based on some real life story of a guy who hated the alarms that much.

But man, if it was a bit better in the middle, this movie would be a lot better.