Nerdland on initial glance looks like some late night show on Adult Swim or Comedy Central. Looking at its concept history, I am sure that at some point that was the goal as well. It definitely features people who have worked with these networks in the past, and an art style that is detailed and…well it is hard to describe. Rough around the edges? Chaotic?

Maybe even grotesque. Yeah, grotesque. That is how this film looks, and it has an adult tone. Sort of a Heavy Metal crudeness to the whole thing. So I am expecting, ass and titties, hard language, maybe even hard violence, despite a simple nice sounding title.

I mean, who wouldn’t want to live in Nerdland?

Well, Nerdland doesn’t look to clean, which I guess I should have expected.

John (Paul Rudd) and Elliot (Patton Oswalt) are best friends, living together in an apartment in Hollywood hoping to make it big. John is an aspiring actor, kicked out of an acting class, and taking that as a sign he had nothing to learn and was ready to star. Elliot is an aspiring screenwriter, who had a pedophile teacher who hung out with him a LOT, so he figures he is great at writing.

And they are not famous. They have side jobs that they keep losing, an apartment they cannot clean, and strong dreams of success when they both are complete sex craved losers. They think they have pseudo-girlfriends in Sally (Kate Micucci) and Linda (Riki Lindhome), but really they are just creepy and talk to them while they are at work.

After another unsuccessful attempt at reaching the big leagues and getting embarrassed, the two decide to put their fates in their own hands and get famous in a day. No matter the cost. No matter the effort. No matter the depths. And they will use their friend The Nerd King (Hannibal Buress), who runs a comic emporium, to get some help. 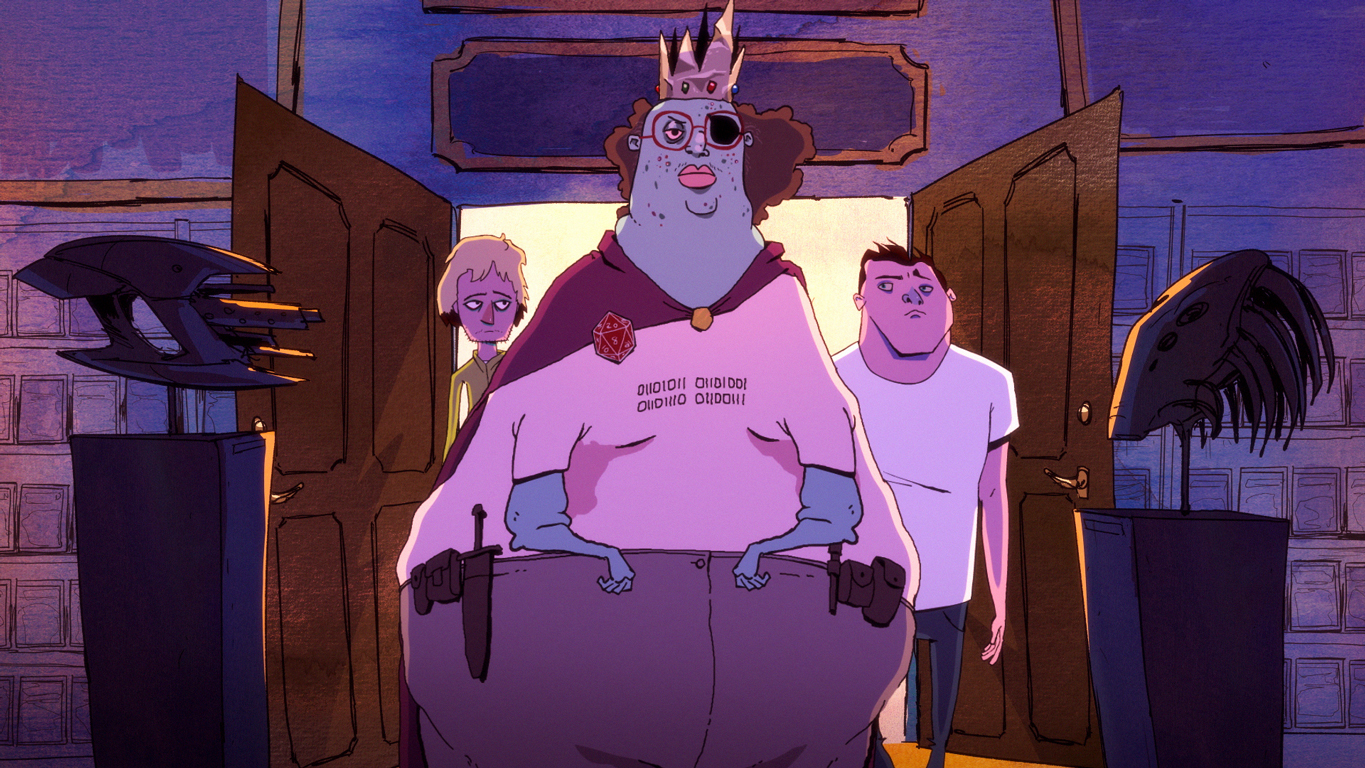 Grotesque is my word to best describe the film, but crude would be a high number two. A lot of this film seems to want to go to extremes, not for great reasons, but just because they wanted an extreme animated film. Not as bad as The Human Centipede levels, but high enough to realize that you are just going to get some fucked up shit.

And yet it all seems to make sense coming from the minds of our two heroes. They are typical beta males who feel friendzoned and think the world is out to get them for their intellect, not for the fact that they are complete assholes. It is almost like a character study, just taken to extremes so that maybe some similar people out there in the world and on the internet can see themselves in John and Elliot and maybe grow the fuck up.

At the same time, in their attempts to become famous, the film stalls out and becomes a bit of a drag. Watching them try a few different schemes to get famous all peter out isn’t as interesting as it seems. It does garner more interest in the end, as it starts to piece together a better narrative, but really, this film is just so extreme it is hard to derive a real message out of it.

Well, don’t be a fucker. That is one of them.