Mystery Team I have been waiting for awhile to watch, so as soon as I found it reasonably priced, I pounced on that shit and watched it right away. 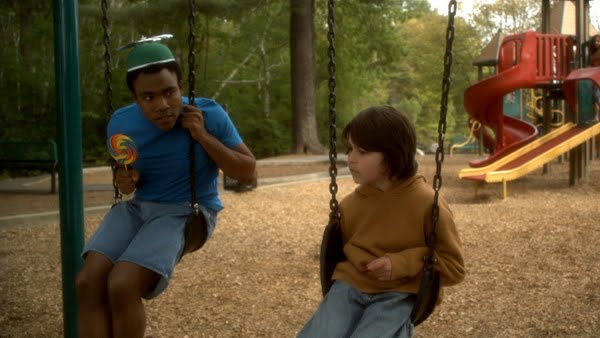 Despite the picture, this movie is not about child predators.

The mystery team consists of Donald Glover, the master of disguise, D.C Pierson, the brains (or a guy who memorized a bunch of weird facts as a kid that no one cares about), and Dominic Dierkes, the brawn (because he has to fit some role). They founded the club called the Mystery Team when they were just kids, solving mysteries for 10 cents a case. Most of the time their cases are similar to Encyclopedia Brown in nature, but finally, when they are seniors in high school, that shit gets real.

A little girl stops by after they successful find out who was poking pies, and wants them to find out who killed her parents.

Well they take it anyways, because damn it, they are real detectives. Even if her older sister (Aubrey Plaza) thinks it is the stupidest idea ever at the time, because, well look at them. This leads them on the biggest case of their lives. But is it the final case of their lives?

(That was my subtly implying will they die? Or will they just retire? Whatever.) 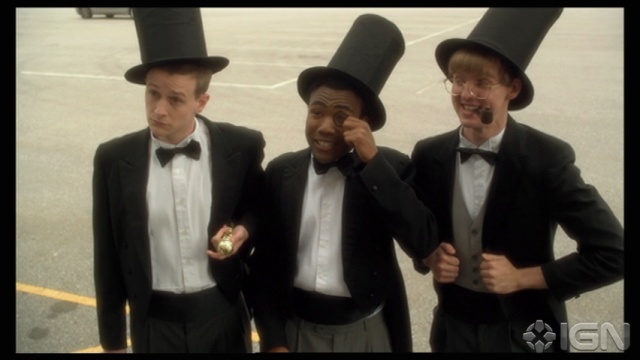 This also features Bobby Moynihan and Elle Kemper (The Office) in smaller roles, as these people were part of their internet shorts.

The movie is overly very ridiculous. But I thought it great in that regard. It is the type of movie I would love to quote to others, if I thought anyone else would know it. Some may say one liners cannot make a decent movie, and to that I say nothing. Valid point. But the characters all have great chemistry with each other. I actually choked a bit on a drink at one point, from unexpected laughter.

But then again, if you see this, you could think it is the dumbest movie ever. I say risk that chance.