Another Thursday, another foreign film. Or documentary. Really it is whatever is convenient on a Thursday and/or how hard it is to find a documentary I want to watch. And this week, a documentary to watch was too difficult!

So I picked My Big Night, as I saw the trailer recently at the theater and it looked funny. And it had dancing! I like to dance and party, every night is my big night. In the comfort of my own home. Clubs are scary.

My Big Night is directed by Álex de la Iglesia, who more recently directed The Last Circus and Witching and Bitching. The former I never heard of before, but it looks intense. The later I actually had recommended to me at least twice and I never saw. Whoops. Maybe I will get around to that one if My Big Night maintains my interest, at least a little bit. 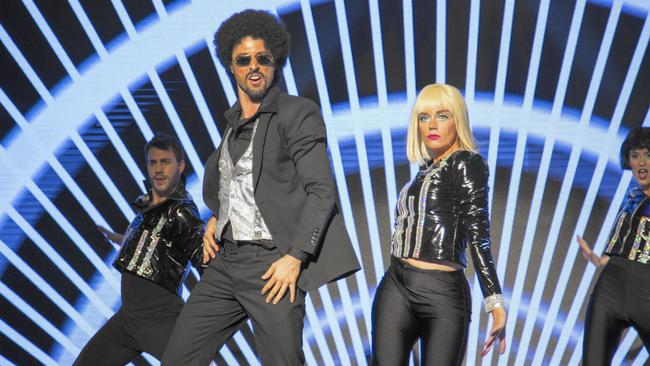 And the first musical number reminded me awkwardly of Prisencolinensinainciusol.

Hooray the new year! Sure, it is like, August or September of 2015 when this movie takes place, but we need to celebrate this bad boy now.

Namely, the television company has serious issues, including a corrupt owner (Santiago Segura) about to lay off hundreds of people. So they have had massive protests outside of their studios. Regardless, they are filming this special months in advance to make sure it goes off without a hitch. That means retakes, reshoots, crowd shots, over and over again.

Speaking of the crowd, they are full of extras who have had to dress up in the same clothes, pretend to party with fake food and drinks, day after day. And then someone gets seriously injured and they need a new extra. That is where Jose (Pepón Nieto) comes in. He has been waiting for a temp job for months and this is the first one to bite. He will do anything, even if his ex-wife and kids are leaving the country to vacation and he has to leave his senile mother (Terele Pávez) at home alone. He also has to deal with Paloma (Blanca Suárez) a very attractive woman who is sitting next to him who is apparently a jinx but super into him.

Other plot lines include! Aging singer Alphonso (Raphael, who I’ve been told is a real singer doing a parody of himself?) battling for the “midnight” spot with a young pop star Adanne (Mario Casas). A stalker (Jaime Ordóñez) who loves Alphonso enough to want to kill him during his performance. And a few women trying to steal Adanne’s sperm to have a blackmail baby. And the two cohosts (Hugo Silva, Carolina Bang) constantly bickering over their lines while auditioning to host a future show.

And shit, even more weird side plots. 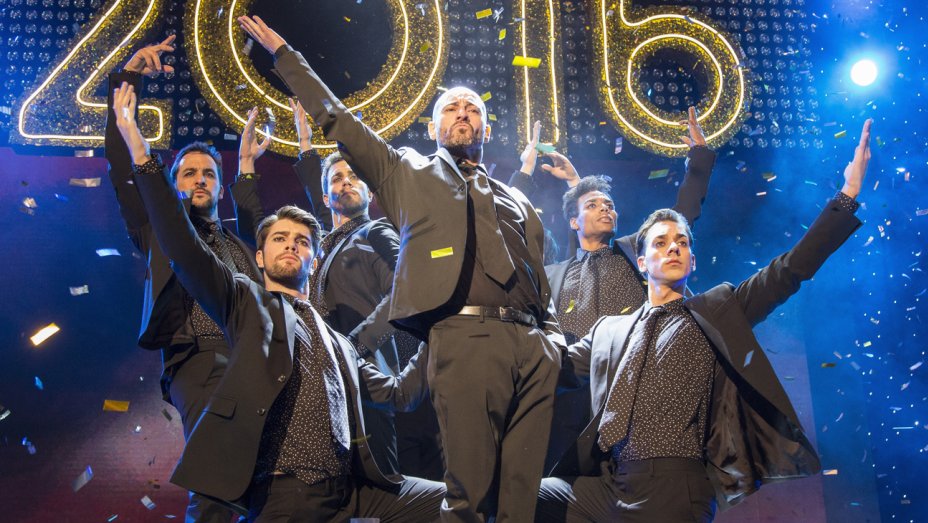 When you’re this fly, you don’t even need color.

My Big Night is an insane ride, with intersecting plot lines and characters, all woven around an absurd idea. The whole movie is absurd, so many little things working together to make this the craziest night of pre-recorded television ever. I like crazy, I like absurd, I would have just liked a little bit more details.

Honestly, the only reason I was able to understand the protesters outside, the time frame of this taping, and how crazy the taping process has been, is thanks to re-reading the plot summary after the fact online. There is so much going on during this film, that they forget to mention all the finer details.

Now, My Big Night is definitely entertaining. I had characters I was rooting for and enjoyed a lot of the music. Some of it could be lost on me culturally, especially not knowing anything about Raphael in real life. It just felt like it should have been a lot more. The ending was also pretty week, comparatively. It was like they had no idea how to end it.

The movie has a ton of promise and I would be excited to see more from this director. You’ve earned yourself a viewing of Witching and Bitching.