What a month for horror. And to think it is September, not October.

It came out a two weekends ago and is smashing September box office records, which just means that people love being scared by clowns or feel nostalgia from the previous TV adaption.

But then we get mother! just a week later. Which advertising for has been all over the place. One thing for certain, we know it is a Darren Aronofsky film, so we can expecting something fucked up and hard to explain.

Or not?! mother! is getting a wide release and has a huge star attached, maybe this will just be a run of the film horror movie. Schyeah, and maybe David Lynch will make a straightforward film as well. 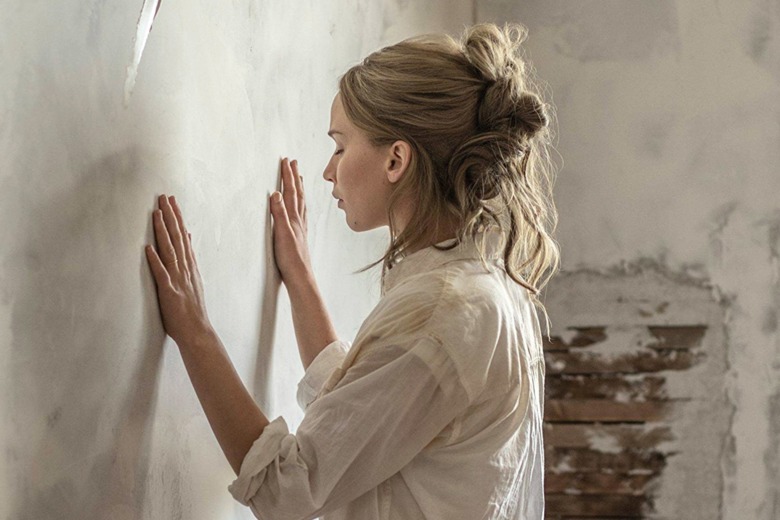 And maybe this wall is just a wall and not a metaphor about bees or some shit?

This film is about a woman (Jennifer Lawrence) and a man (Javier Bardem), living in a house in a field on their own. She is slowly rebuilding it after a fire some time in the past, and he is a poet who hasn’t written in awhile. They are both always working and their love is straining, but they are alone and they are alive.

And then a man (Ed Harris) appears at their door. He is old, sickly, and he thought their house was a bed and breakfast. The poet is a generous person and lets him spend the night, despite being a stranger. And the man is sickly and coughs throughout the night, but in the morning he is fine. And also in the morning, his wife (Michelle Pfeiffer) shows up at the door. Huh, he didn’t mention anything like that, and now there is two of them. The poet is still generous, and fuck it, who cares what his wife thinks? They can stay too, because they like his work and he likes their approval. But house guests who make themselves at home can be quite annoying.

Especially when their sons (Brian Gleeson, Domhnall Gleeson) come over as well, arguing about estate and will disputes, and one son kills the other in their house. Holy shit, these are terrible guests.

Things get worse from there as more and more strangers enter their home, making our “mother” feel more distant from her husband, but that is all just the vaguest details I could get out about this film. Because in reality, it is a lot stranger, darker, and twisted than anyone should expect.

Oh, and of course, Kristen Wiig. Can’t forget about her. 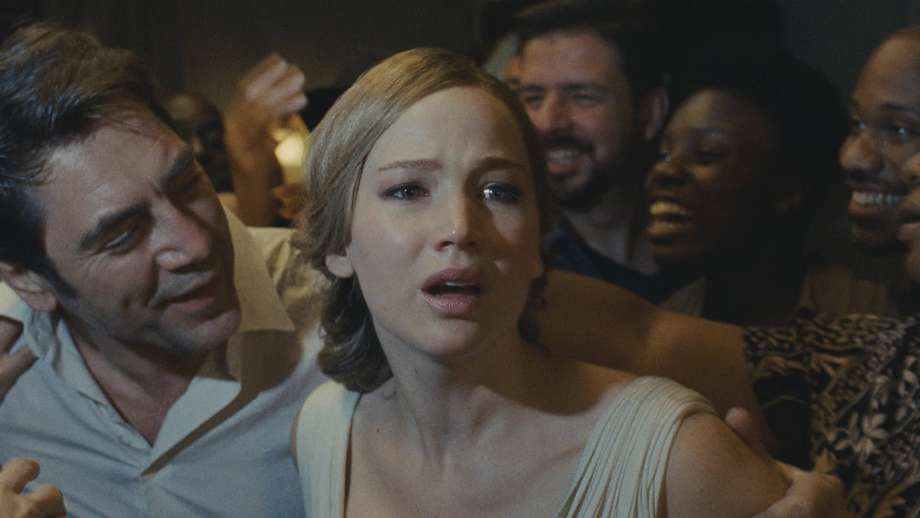 “And no one is fucking using coasters!”

I wish I could have just sat in the theater after mother! and just reflected on the experience that unfolded in front of my eyes. But it was late and I had to rush home to pass out, needing sleep before work.

Days later when finally writing this review, it is still fresh on my mind. Partially because of the graphic nature and story in a story that it told. And partially because I knew that this film would have a hell of a shit storm from the regular movie going community. This is not the sort of film that should have gotten a wide release and marketed as some sort of home invasion horror. It is an art house film and it is being exposed to people who are going to expect something completely different and be upset about being bamboozled.

Like it or hate it, those are the only two options people will have from this movie. Anyone who said they thought it was okay is probably just lying. Despite its polarizing attributes (Which again, are going to amplify to the negative), people WILL be talking about it and remember it for a long time. That is not always a good thing, because being infamous for being really bad or gross doesn’t make a great film.

But in all honesty, this is a pretty great film. It did incredible things inside of a one location suit. It should make the viewer feel claustrophobic and a whole lot of other emotions. It should leave the viewer thinking and change their perspective on a few things. Or it will just be considered some strange torture snuff shit and have people walk out of it, especially when it ramps up even further near the end.

Good on Jennifer Lawrence for doing a project like this. She breathed hard and panted her face off in this film to make us uncomfortable, and it really worked.