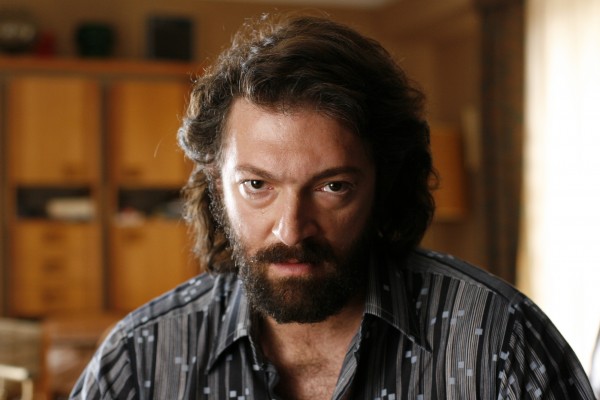 Of course, like every good gangster, he needs to have rockin’ facial hair.

Mesrine: Killer Instinct is the biographical film of France’s most famous gangster, Jacques Mesrine (Vincent Cassel). However it only goes over his beginnings, his rise to power, and escape from prison.

There is more to the story than that. There is even worse crimes, and public enemy number 1 status, which is told in the second half (appropriately named), Mesrine: Public Enemy #1. Hmm, I wonder what will be reviewed tomorrow.

We get at least two loves of his life, in Sofia (Elena Anaya) and Jeanne (Cecile De France). The former his first love who didn’t want him involved in crime after his first prison stint, and the latter, a nice partner in crime who wouldn’t let him break her out of prison to save his own life.

We have some bank robberies, kidnapping, you know, the normal gangster stuff. Maybe some extortion. Lots of money. Lots of danger. He was more than a French criminal too, going to both Quebec and the US at least in his crime pursuits. One of his “bosses” is Guido (Gerard Depardieu), aka the only name I’ve heard before actor wise. He also gets an accomplice Jean-Paul Mercier (Roy Dupuis) who helps him out, and helps him break out of prison.

The film ends, with Mesrine out of jail, now on the run with no real plans for his future. He has now killed some more innocent people, and the latest love of his life has left him. Shit, that guy is about to snap. It played out like a “You think you’re bad? You haven’t seen nothing yet!” type moment, and then went straight to credits. 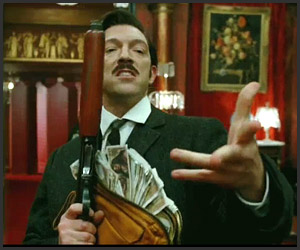 Think that review was disjointed and random? Well that was on purpose. Since this is a true story with a bit of artistic license, arguably the events in the movie and the next are some form of public knowledge (somewhere). You know he is a gangster, and thus will do gangster things. I just really wanted to show some characters and explain the situation. Because there is a second half to be reviewed later, spoilers don’t really feel like an option in terms of how it ends, so instead the spoilers will be most of the actual details and plot. Hooray!

I thought Vincent Cassel did a kick ass job as a gangster, and I am excited to see where the character goes in the second half of his life.

Some parts were a bit confusing, I am sure the filmmakers didn’t feel the need to explain everything to the French audience, but since I knew nothing I had to figure it out on my own. But it wasn’t that much of a nuisance.