I´ve joked in the past that Chadwick Boseman is being forced to play every famous black American throughout history. You know, Jackie Robinson, James Brown, T´Challa, and so on.

What is his agent doing? Is he trying to mold the youth of America into thinking everyone in History is Chadwick Boseman? Maybe Boseman is playing some long plan to eventually run for president himself. With his past roles he will seem like a trendsetter, someone with soul, a ruler, and someone who knows the fuck out of some laws.

I don´t know when we should start being scared by all of this. Maybe in two more real bio roles. Maybe if he ever plays Eminem in a biopic. 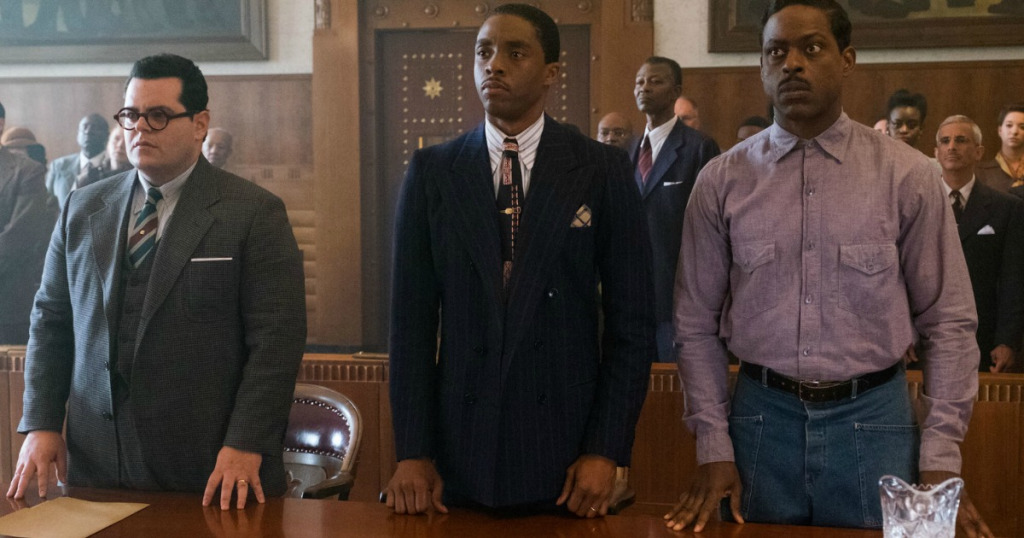 Will the real Slim Shady please stand up?

Thurgood Marshall (Boseman) is super famous. He did a lot of things as a lawyer, went to the Supreme Court a lot, did the whole Brown vs Board of Education thing, and even decided to move in and live in the Supreme Court.

But this movie is about before all that, just when he was working with the NAACP, looking for any case that might have racial bias to help free innocent men or women. Especially those who could not afford their own council of choosing.

Thurgood is now in Connecticut, where a limousine driver (Sterling K. Brown) allegedly raped and tried to kill his boss´ wife (Kate Hudson). A real shocker of a trial, but he claims his innocence. They imagine they are just grabbing any black gentleman and they have a civil rights case on their hands.

In order for Marshall to get on the case, they need to join the team of someone who has passed the bar on the state, and through some shenanigans, got a local insurance guy (Joah Gad) to take on the case so that something could be done. The judge (James Cromwell) isn´t having any of their shit either, so doesn´t let Marshall do any of the talking, just behind the scenes help. 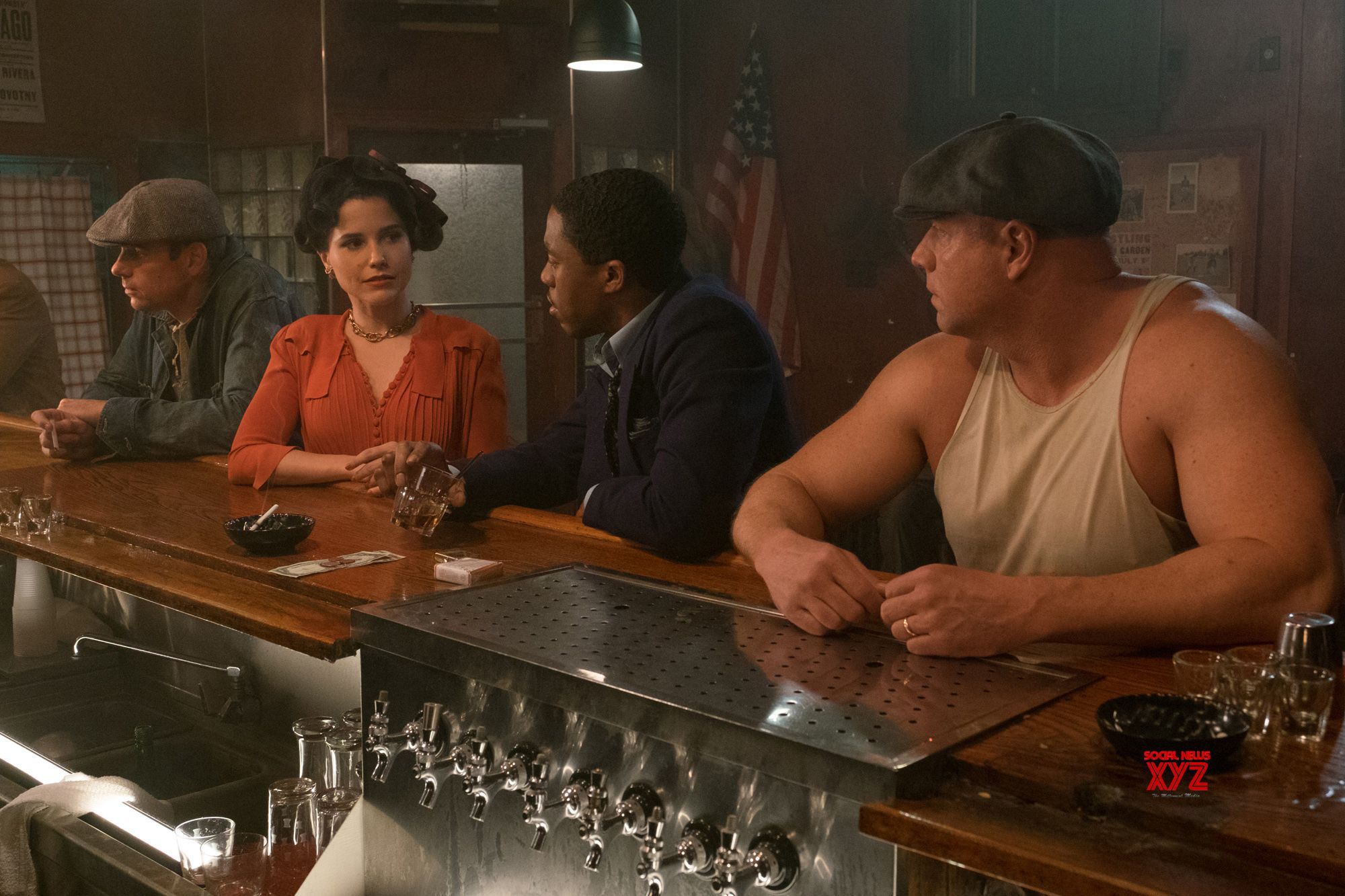 You know who deserves a movie about their lives? Thurgood Marshall, for sure!

You know what this movie gave us? A movie about Marshall and Sam Friedman, the local insurance lawyer. You see, Friedman later went on to do more civil rights cases too! And he had to do most of the fronting of this trial, due to racism. So it is a movie about how this white dude overcame his personal lawyering fears and branched out to be a better person.

That is cool and all, but I really don’t give a fuck about Sam Friedman. I came to see this movie because it was about Thurgood Marshall. I didn’t expect a double biopic about him and some white guy. This may be one of Marshall’s biggest and earliest cases, but I really do think they did a giant disservice to him. In fact, they mentioned in this film he had already argued in front of the Supreme court multiple times. We know he did it later. And, for crying out loud, he was there for Brown v The Board of Education!

Why the hell did they pick a case where he isn’t really the main star or focus? Why?

Oh yeah, because they needed a white loveable lead to make sure white people saw this movie too. Gotcha.

This movie is very okay. The acting is fine, the case has its moments, and some characters cry. Some people yell, some justice is served. But goddamn it, the focus is so far away from Marshall in a movie that carries his name, it is just unacceptable.