Mexico loves its wrestling leagues. I mean, they love them more than 1980’s-90’s America loved Wrestling, which was a large amount. Sold out shows multiple days a week, celebrities with larger than life roles to play, schools, you name it.

Lucha Mexico is, for what I can tell, the first documentary to examine the life of these Mexican wrestles, their rise to fame, their daily lives, their training and more.

They also jump right into it. They introduce us to wrestlers like Shocker, 1000% Amazing (translated), Blue Demon Jr. (son of the famous Blue Demon), Strongman, El Gitano, Kemonito (the CMLL mascot), a guy named Fabian, and some lady wrestlers like Faby Apache and Sexy Star.

You may ask yourself, who the fuck cares? Good question. Besides a shit ton of people in Mexico, wrestling is still a big deal in parts of the world. Japan loves them, subsets of America love them, and so on. And there is no reason why we should only have one type of wrestler famous here. Why not the people with big personalities in Mexico as well?

Especially when you get to see them behind the mask. 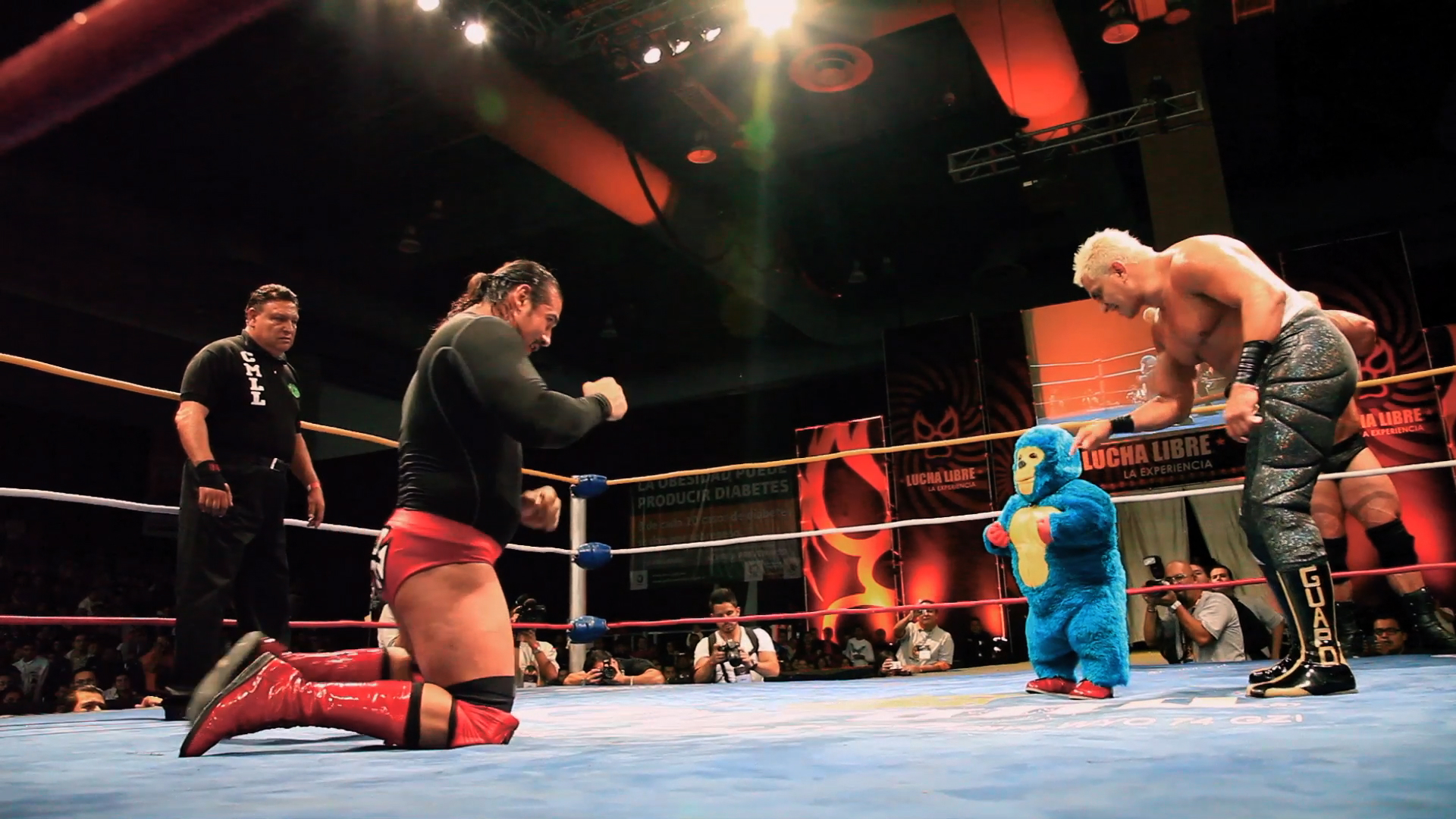 Kemonito is so cute though.

Just kidding, we still don’t get to see them behind the mask. For those who don the mask, that has to become their lives. Blue Demon Jr. wears the mask for 18 hours a day, the other 6 is when he sleeps. Part of the persona is the mystique behind it, and technically with a mask they can have a life away from the ring. Blue Demon Jr. is probably just the extreme there being the son of a huge movie star/wrestling celebrity.

But not everyone wears a mask! Only like half the people have masks. Some people just revel in the celebrity like a normal American wrestler.

And honestly, overall, by about 2/3 of the way through I totally lost my interest. There are only so many people they can gradually introduce to us before I get a bit overwhelmed. At the same time, some people they introduced us to got a few minutes of time then never talked about again.

The stars of this film are basically Shocker, Strongman, and El Gitano. Blue Demon Jr. has a small and interesting segment, but not a whole lot. The ladies are introduced, Faby (who might have been the best female wrestler in the world at the time it was filmed?) gave some story but not enough. I don’t know really why her relationship with her husband ended, and Sexy Star was given a quick story and then again ignored.

I am not just upset either that Kemontio, clearly the best wrestler ever, wasn’t the main focus. He had his one and done segment and then it was over.

I guess what I am really saying is that the people they made this documentary about didn’t have enough charisma to carry most of the documentary. Either more variety or given more depth to the other wrestlers in this picture and I would have been more excited throughout the documentary.