Philadelphia in the 1970s was a rough place. The Flyers were winning Stanley Cups and beating the Russians (literally). A lot of bruisers and quite a few cruisers.

We also had the MOVE organization, which was a black liberation group founded by a man named John Africa. In fact, everyone had the last name Africa in the group. You can guess the reasons why. They were kind of Amish in away, just wanting to form their own community and raise their kids in a “natural” way.

Unfortunately, members of the Philadelphia Police Department frequently crashed their lifestyle and came to blows with the group (Also literally), which is why we have this documentary in the first place. Let The Fire Burn pieces together news stories, court records, and committee meetings to tell the story of the MOVE group clashing with the police from the 70s to the mid 80s. It does it without a narrator (where transition and background details are shown via text on screen only) and without modern interviews retelling the events. No, only things that were recorded before and after the events immediately.

And what this documentary does is tell the horrifying results of a few stand offs and a climatic end that you wouldn’t be able to guess. Unless you look at the title of the movie and put two and two together. 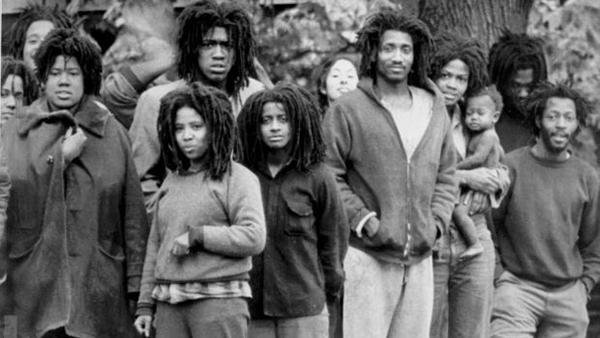 Ohhh. They must be talking a bout the fire burning a joint. Because of stereotypes.

And (not?) surprisingly, Let The Fire Burn is a powerful, eye opening, and awesome documentary. Shit. I wanted to multi task during parts of it, but I found it hard to put away. Some of the interviews with members of the MOVE group were just so well put together it is hard to find fault with anyone. Anyone outside of the Philadelphia Police Department that is.

I think what I found most surprising about this documentary is how it took this movie for me to learn about this subject. This seemed like a really big event, with really big consequences and holy shit why the fuck had I never heard about it before? I was angry almost that I just learned about it. I was angry with what they decided to do at the end of the last “showdown” and I was of course angry with what happened in the aftermath.

Let The Fire Burns is a great documentary that I recommend to everyone to watch. I don’t want to give anything away, because there is no way I can do the documentary justice. I also feel like it was incredibly unbiased, giving just the facts and just the news and committee meeting footage. Fantastic movie, horrible event.