I cannot stand Terrence Malick films. No I haven’t seen a lot of them. I haven’t even seen The Thin Red Line.

But I have seen The Tree of Life and To The Wonder. The former I couldn’t get behind at all, despite some lovely visuals, and the latter was just a complete train wreck from my point of view.

Some people call him pompous, some just refer to him as art house, and I just cannot stand his movies as of right now. So sure, I will give Knight of Cups a chance. But I am going in with a huge bias on my shoulders that I cannot shake. I will never get the time I lost from To The Wonder. Never. 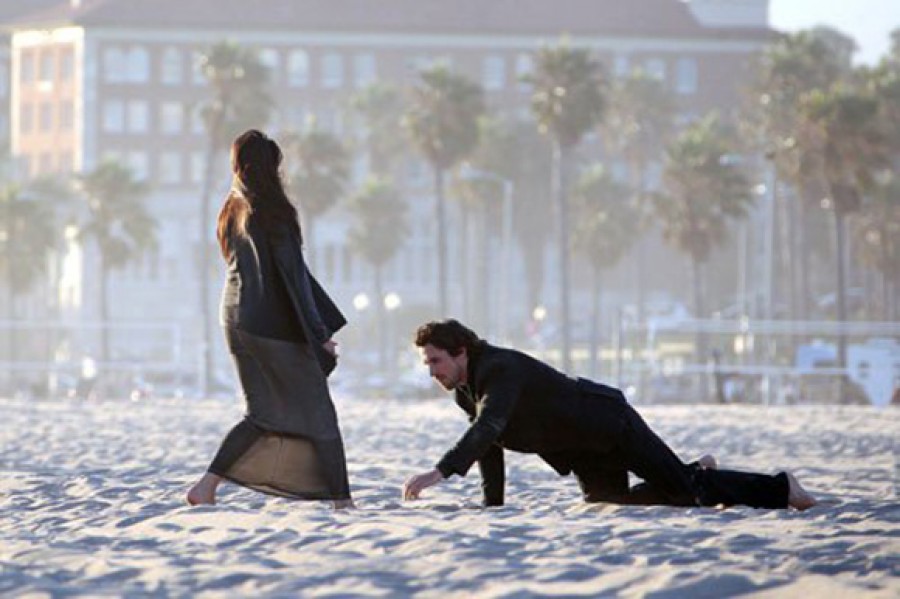 Given the director, you have to assume every shot, no matter what, is actually a metaphor.

Also given the director, describing the plot of the film can be a bit tricky. So let’s run to IMDB for some help:

A writer indulging in all that Los Angeles and Las Vegas has to offer undertakes a search for love and self via a series of adventures with six different women.

Our writer is of course Rick (Christian Bale), whom is apparently good at his job and sought over, but he cares not about his job that much. He cares about his past and who he is going to fuck next. And that means he has more than six relationships in the film, as there are a lot of unnamed girls without speaking roles.

The six women include: Nancy (Cate Blanchett), his ex-wife, Elizabeth (Natalie Portman), a museum enthusiast, Helen (Freida Pinto), a model, Della (Imogen Poots), a free spirit, Karen (Teresa Palmer), a stripper from down under, and Isabel (Isabel Lucas), who, I dunno, likes beaches I guess. They all like beaches though. Beaches are kind of a big thing here.

Oh and he has family! Wes Bently plays his brother, Brian Dennehy his dad. Antonio Banderas has some role of significance, if you can call it that. But I don’t know what or why. Some rich guy. 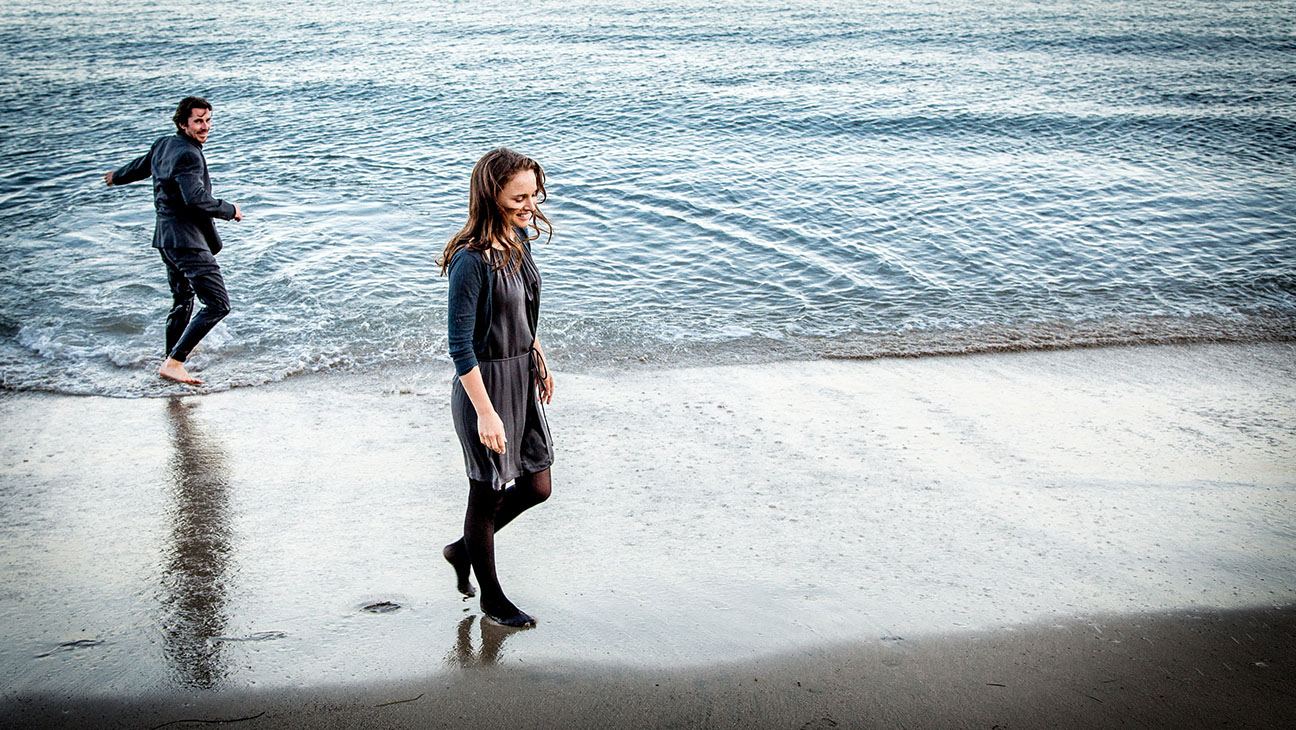 There has never been a more metaphor-y beach.

I tried, I really did, to understand this movie from a different light. To think about the bigger themes that he might be getting at. To imagine the scenery as its own character. This was all advice people gave to me about Malick movies. Despite my hatred for the last two movies, I knew I had to watch this one do my best to review it fairly, because only watching movies I will probably like does not make me a great film critic.

But this movie just felt like a waste of time. It is two hours long and it felt like it was over three hours. The film felt like it was about to end three separate times before it finally showed the credits. The story that was told could have ended at any moment, because it is hard to say that there really was an actual ending they had in mind. It was all very spiritual and airy. Rarely do you see any character actually talking. Most of the dialogue is spoken over scenes of characters living and interacting with each other. And of course other dialogue is made by never seen characters, some talking poetically, or telling random stories, or…just who the hell knows.

Knight Of Cups is a confusing film. It is broken down into sections named after Tarot cards, which is also where the title comes from. And if you try hard, you might figure out why a section with the characters in it is called The Moon, or Freedom, or Death. Knight of Cups is presumably made so that you can derive your own opinions on the film based on what you get out of it.

And what I get out of it is a big waste of time. Sure, there are some well shot scenes. A whole lot of beaches, and some Californian mountains and death valley. But if I cared about well shot pictures of nature, I’d be watching Planet Earth, not a film that should have a basic story.