My last foray into the 3D movie territory was with watching Coraline, but that was using the classic blue/red scheme and everything in my brain got messed up. But this new 3D that they are using at theaters? I tried it once, three years ago, with Avatar. Movie is pretty old now, turns out. So three years have passed since then, I’d like to think that the 3D technology and jumped leaps and bounds at this point, and should be all BAM. IN YOUR FACE.

So of course my second ever attempt at a new 3D movie, I figured why not go to Katy Perry: Part Of Me. 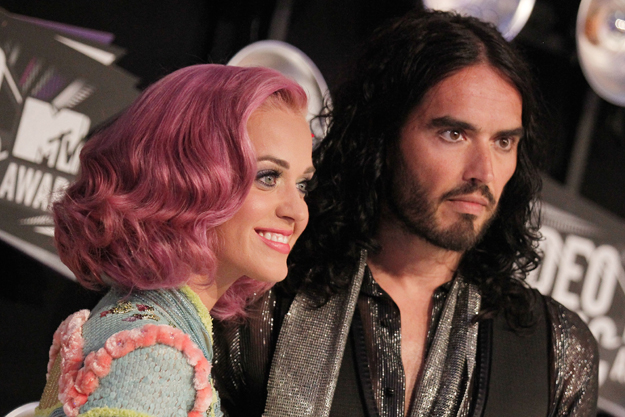 Aww, look at the happy couple. True love and all. Err.

Speaking of concert movies, this is my third one, and second one to be based off a single famous artist. First of course was Bieber, and second Glee. And just like before, I have no idea how to review them.

This movie is suppose to show a different part of Katy Perry, and more of her past, that the average person doesn’t (or doesn’t care to know). All this with a world concert series that she was going on for almost a whole year, with roughly only a few days off ever 2-3 weeks. And what did she do with those few days off? Go see the love of her life, her husband, Russell Brand of course!

Now I forgot in my timeline when their divorce happened, and assumed it was in the summer. I thought all the talk about their love was just a tragic joke, and the movie was finished before they broke up. But nope, that definitely did happen during the movie, and it was sad as shit. But you know what? Katy Perry still did her show that night. Didn’t cancel a single thing, despite all those tears. That’s some dedication.

Katy’s youth was with a super Christian family, her parents traveling preachers. Her first album as a teen was signed to a gospel production company outside of Nashville. But she wanted more. Turns out when she got to LA for music purposes outside of religious, she was pretty much signed right away. Since 2001. But clearly wasn’t famous yet. She didn’t like kissing a girl until 2008, leaving her 6-7 years of struggling musicianness before getting it big. That was while writing a lot of her own music too, and the normal story of “oh I don’t want to be the new Avril / Spears, I want to be me!” like talk.

I am sure it is real, but maybe overblown for the purposefulness of the film. 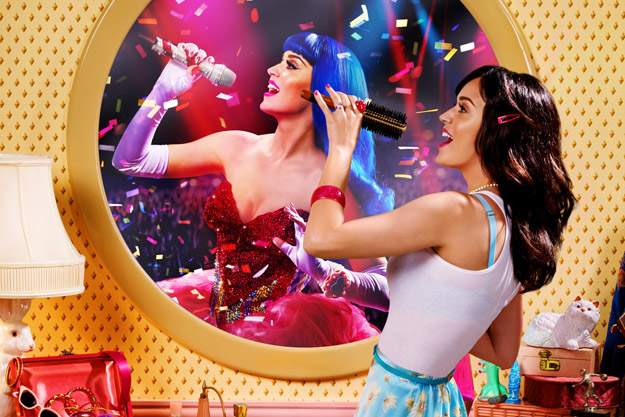 Ohhh, I get the cover now. She dreamed of being a star in her room, and now she is! How clever!

So yeah, despite being an overnight sensation, she wasn’t an immediate success, which is nice to know. And (although it obviously has to be a part of the reason), she doesn’t seem to be some girl hired for her boobs to sing other people’s songs with lots of autotune, a pop standard. The movie did a real good job of humanizing her.

Honestly, if you didn’t feel sad while she laid int the chair realizing Russell Brand wanted a divorce and could not stop crying or talk to anyone, you are a robot. Which would explain your dance moves.

The actual concert spliced through it seemed really well done and entertaining. Surprisingly, Firework was not the last song. Go figure. I think it just needed (like all of these) less fans freaking out and recording stuff, I don’t care about other normal people’s love. They can stop that.

Also there are some mini interviews, including Adele and Rihanna. Why? Because Katy Perry had 5 number 1 singles from 1 album, only person to do that besides Michael Jackson. And he got a movie recently too, so why not Katy?

The review of this doesn’t matter, you won’t see it if you hate her music probably. You probably also won’t if you like her music. I will say it is a bit more interesting than the other concert films I’ve done. But if she is just a fad in five years, then ehh, who cares.