I don’t think I am ready for this Jelly.

When I first heard about Jupiter Ascending, I was a bit worried. It seemed too far out there, with questionable stars, and a questionable plot. But hey, summer blockbuster, whatever.

JUST KIDDING. It got switched from June to July. But in June, it got pushed back to FEBRURARY 2015. Whoa! That is intense. Blockbusters don’t exist in February. Shitty terrible CGI movies exist in February. This one is going to have a lot of CGI! Ahh!

Apparently it was to finish special effects. They were behind schedule. Right. More likely they moved it back for some terrible reason, like, no faith that it would make money and they just wanted to hide it. Not to mention their awkward Sundance story, they have everything working against them.

The real reason they moved it back was to not ruin Redmayne‘s chance at an acting Oscar.

Jupiter Jones (Mila Kunis) always thought she was going to do something with her life. But now she is a grown woman, still living with her mom and extended family in Chicago, technically illegal aliens from Russia. She scrubs toilets and dreams of the big life.

And then, aliens from not Earth are trying to kill her! Oh shit!

Here’s what you need to know. There is some space royalty out there. And the mother, the main ruler just died so her kids have inherited a lot of the universe. The oldest, Balem (Eddie Redmayne), the middle female, Kalique (Tuppence Middleton), and the youngest, Titus (Douglas Booth). They are humans, they have been alive for thousands of years, and they look young as fuck.

But now Balem has “control” over Earth (and Jupiter, I guess). And he wants Jupiter Jones, specifically, dead. And maybe the rest of the earth. Jupiter has no idea what is going on, just that aliens are real, Caine (Channing Tatum) has weird ears and keeps saving her, and shit’s crazy. 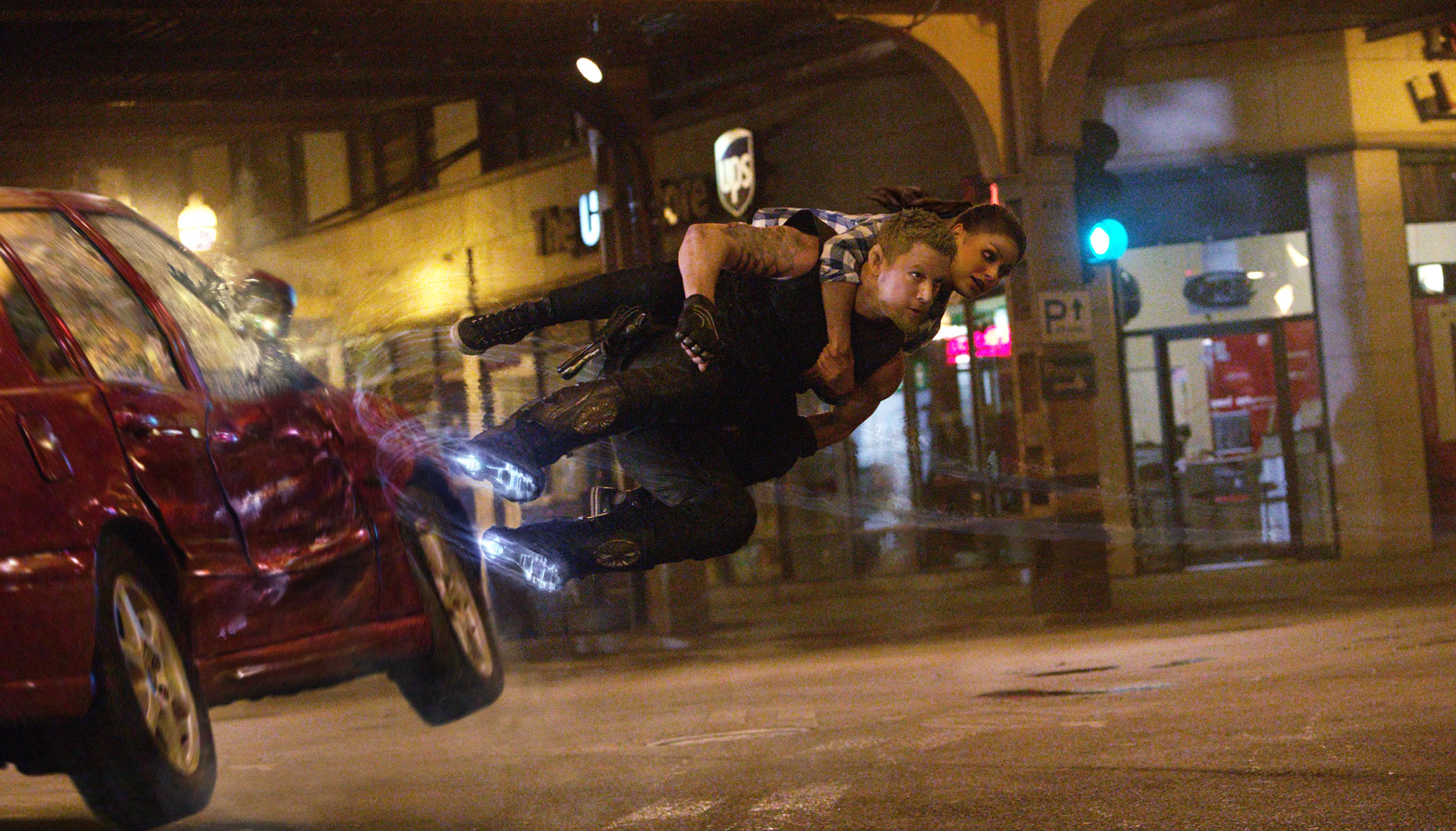 And the coolest (technically still slow) form of transportation sense the hover board.

Jupiter Ascending was weird. And I really can’t tell if that is a good weird or a bad weird.

Easy enough of a solution, let’s get my pros and cons on.

Pros: There is a unique story behind everything. Some of the special effects are really polished and amazing. Sean Bean is in it. Channing Tatum isn’t terrible. Mila Kunis isn’t terrible. The lizard dudes out of no where are pretty well made and bamf. Roller skating/gravity boots. Bureaucracy. And it is definitely more polished than a shitty January/February CGI movie release.

Cons: The entire romance plot feels forced. Some of the special effects are piss poor and terrible. The sound quality in some scenes make a few actors hard to understand (Bean, Redmayne, occasional lizardman). Entire movie feels rushed, like it was actually supposed to be thirty minutes longer. Like some executive said “Fuck this rescue scene. We know they will save em. Let’s just get the plot going!”

And then there is Eddie Redmayne. Every time he was on screen, my head was tilted just trying to get it. Everything about him is just so weird. His character has an awkawrd soft/whisper voice for most of the film, outside of the three or four times he yells completely out of nowhere. Also tons of quick cuts.

Ugh. But also the story was interesting and I cared about what happened.

There are a lot of things wrong with Jupiter Ascending. Acting decisions, editing, cuts, kind of lame ending. But also some really great action scenes, cool visuals, and interesting universe.