Although Jarhead is just outside of my range of reviews, I wanted to review a war-like movie for Memorial’s Day, and it is not only decently new but also a few people I have talked to about it haven’t ever seen it.

And damn it, I got it on Blu-Ray pretty cheap last Black Friday, so I wanted to see it, damn it. 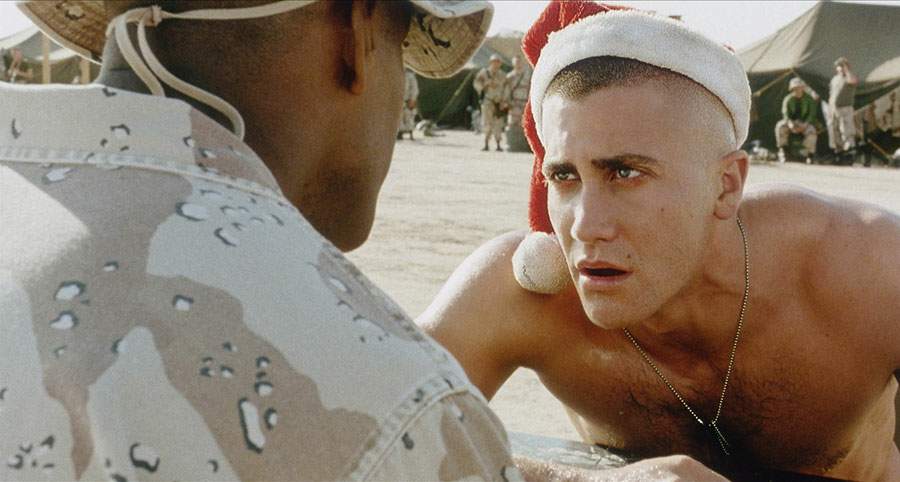 Taking a new spin on the giving nature of the Marines.

The film takes place a few decades ago, and the war components during Operation Desert Shield. But earlier we get to see Swofford (Jake Gyllenhaal). It’s okay, nothing great. Lot of yelling. Eventually he gets invited to try out for a Sniping unit for the Marines, where Sgt. Sykes (Jamie Foxx) is not only the trainer, but the leader in combat too.

Regardless, he makes it to the final cut of 8 people, and even gets to be a shooter. Because yeah, unluckily, 4 of the 8 just get to be spotters. Like his new partner, Troy (Peter Sarsgaard). Then eventually off to combat! Hooray!

One of the members, Fowler (Evan Jones) seems to be increasingly losing his sanity, having a more and more extreme sense of humor. Everywhere they go seems to be in the path of destruction that the airforce has already cleared, tons of burned Iraqi vehicles and people. Once they reach the Oil fields, the oil spurting up from the ground literally rains down on them (and eventually, is a constant jet of fire going into the air).

But when they get into a territory with the enemy in sight, will the finally be able to pull the trigger and prove their worth to the Marines? 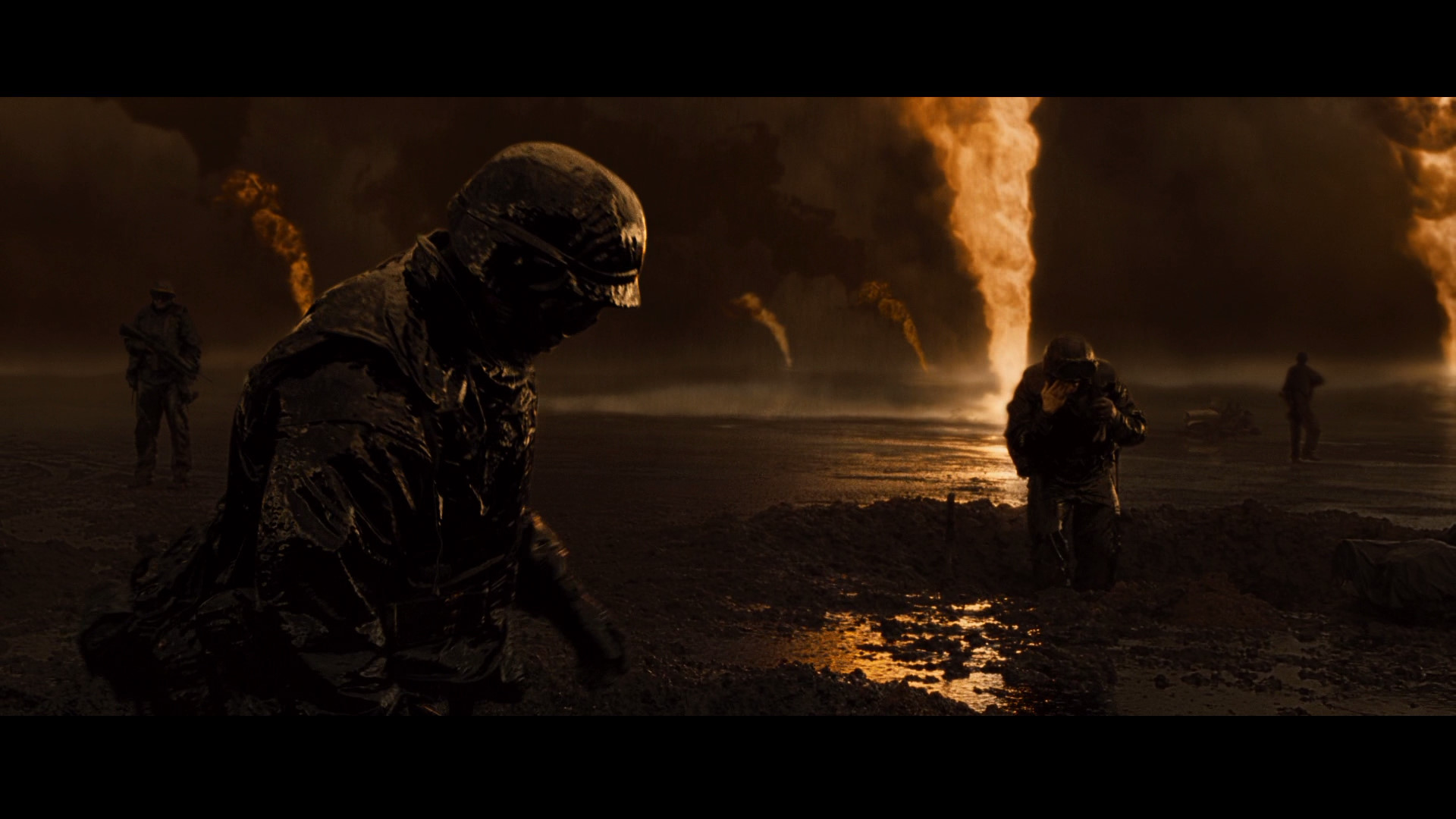 I should note that that picture above scares the crap out of me. Oil raining from the sky, caking the desert, (where they are digging holes in order to sleep in) while also different spewing oil areas are on a constant state of fire. That shit was real, and lasted for up to 10 months in 1991 Kuwait. Holy shit. It’d be the closest thing to Hell on earth, and I never heard of it before this movie.

During the first half, there was a lot more comedy than I would have expected in a “modern” war movie, but people do comedic things when faced with isolation and boredom. There isn’t a lot of open firing in this movie against any ‘bad guys’. The real enemy in this situation is just keeping sane and keeping your friends sane. Which in itself seems crazy!

Although the soldiers did exhibit their own personality, I didn’t even see Jake Gyllenhaal as Jake Gyllenhaal for most of the movie, just saw him as a real soldier. True for all the actors, EVEN Jamie Foxx (somehow).

I thought the acting and plot was good, and it was definitely heart wrenching in all the right places. The scenery was probably spot on, and vivid enough to make the viewer get irritated by the conditions we’d endure if we were there.