Skip to content
HomeUncategorizedIt’s Kind Of A Funny Story

It’s Kind Of A Funny Story is, surprisingly enough, a comedy. It also stars some guy I have never heard of before. I wasn’t sure if it was supposed to fit in the trend of “Comedy movies about serious topics that might be more sad than funny”, like Funny People (which I hadn’t watched) and 50/50 (which is great). I will get to Funny People eventually, but what I have heard isn’t positive. So I really hoped this one wouldn’t be shit.

Well I mean, because I hope every movie I watch is good. I guess that was obvious. 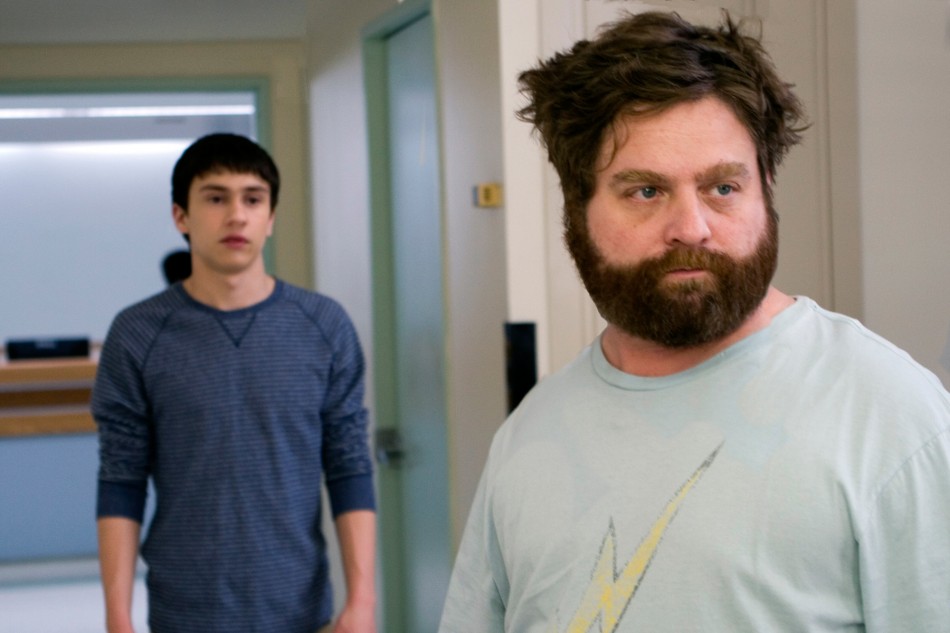 The story begins with Keir Gilchrist killing himself. Nah, not really. But thinking about it. He is also thinking about how disappointed his family would be in him if he did it. His family (parents of Lauren Graham and Jim Gaffigan) are disappointed in him a lot, and want him to strive to be smart and get into the best schools / summer schools, to be successful.

He goes to the hospital instead (attaboy!) and tries to get help for having the thoughts, thinking he’d get a pill or something, but actually voluntarily checks himself into the mental ward of a hospital for a week. (“Oh! I get the title now…” – reader) He at first meets Zach G, who claims he is just there on vacation. He also meets Jeremy Davies, who I think is a crazy too, just a head crazy of some sort. Then again, he might just be a chill doctor. I am not sure. But what really catches his eye is another young person who is crazy hot (see what I did there?) in Emma Roberts.

Its also good to note that his two best friends are Zoe Kravitz and Thomas Mann, the former a girl who he has crushed on forever, but is dating the latter, a boy who in all accounts is always more successful than him without much effort.

The story tells of his week, trying to overcome his depression, and figure out what he actually wants in life. There are other nice stories, such as living with a roommate who is afraid to leave his bed, Zach G trying to interview to move from the ward to a group home, and other subtly uplifting things. Also the deal with his love life and what he will do after his week in the ward, of course. 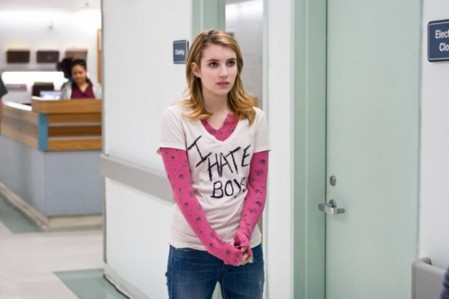 So, somehow this story, which was just enough parts funny and just enough parts aww and thoughtful, I loved. This is my favorite kind of moment, watching a movie I have known for a long time, and finding out it is awesome. Everyone does such a good job and the movie also doesn’t take depression in a zany tone.

Other patients are seen as both crazy and sane at the same time, helping the main guy on his path. It also doesn’t just wash over his issues and say “Okay he is cured! Only took him a week to cure depression guys, its not serious!” I don’t know how a person with depression would feel about this movie, but hopefully not offended.

The only other movie I could compare it too would be The Beaver, just because also about depression and kind of a dark comedy.

But you should check this one out first.