Confession time. I did not do my due diligence. But I did almost just say “do do”. If I am ever going to watch a movie part of a pre-existing franchise, I always make sure I have seen all the previous films before it. Just recently I had to watch all the Alvin and Chipmunks before Alvin and the Chipmunk: The Road Trip. I did it with Madagascar 3 and I did it with Ice Age 4.

The theme for all of these are kid movies, but I have to do something similar when Resident Evil: The Final Chapter comes out. Kid movies are easy to do, and honestly, can multi task like a beast through them.

But I did not see Ip Man or Ip Man 2. I have known about them for at least 3 years and heard good things, but never sat down to see them. Getting to review Ip Man 3 was kind of last minute, the kind of last minute that didn’t allow me to put a lot of time into two whole movies full of subtitles. But I read pretty excellent plot outlines on them (Wikipedia), and hey, if I like this one, they are certainly going to be watched within a few months! 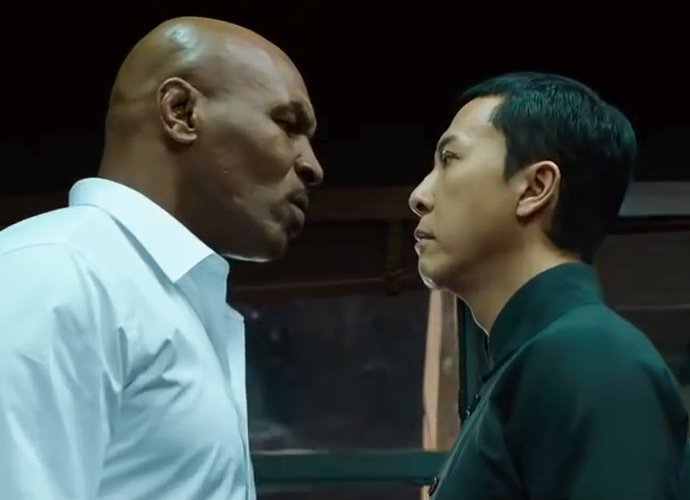 Oh I know that guy. This is now familiar and I am no longer afraid.

Alright, Hong Kong! Did you know that something from Hong Kong was called Hong Konese, not Hong Kongian? The more you know.

Ip Man (Donnie Yen) is living with is wife (Lynn Hung) and youngest son, and he is now a successful martial arts teacher. He is a Master at a big school, where masters work together and have their own disciples, including Master Tin (Ka-Yan Leung).

Despite the police force in Hong Kong, crime is still rampant with many street gangs. An American developer, Frank (Mike Tyson) is trying to muscle in his way to HK and is using locals to do the work for him. He hires a former student of Master Tin, Ma King-Sang (Patrick Tam) to force a school to sell its prime real estate to him. Thankfully, Ip Man’s son goes to that school, and he helps guard the school from the vandals.

But that is not all! No, there is also a Cheung Tin-chi (Jin Zhang), who also studied under the same master as Ip Man. However, he claims to be the better martial artist. Apprently Ip Man teaches a modified version of Wing Chun while Cheung knows and teaches the official way. He wants to challenge for title of Grand master, but first he has to earn money (with the bad guys!) despite morals, and make his own gym a big deal. 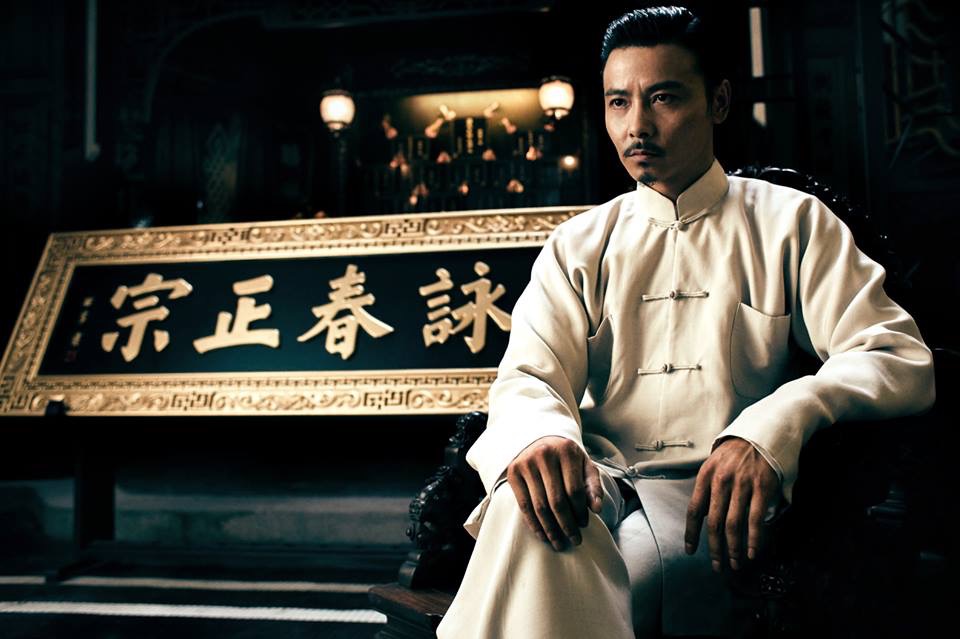 I want to wear all of the cool outfits, but have no energy to become a grandmaster. 🙁

I had to take some serious notes throughout the film to make sure I wouldn’t get confused, given my unfamiliarity with the back ground. But thankfully, Wikipedia’s plot outline for the third film is also pretty detailed. It just has a big spoiler in the first few sentences, which is stupid.

I loved the fight scenes in the film. They ranged from elegant (the fight scene between the two Wing Chun masters) to extreme (Ip Man taking on what felt like 1,000 fighters, workers, gang members while protecting his son). And they were all so very good. I enjoy the crap out of a fight scene where I can actually tell what is going on. The actors and stunt fighters (if there are any?) did a wonderful job and every jab, punch and strike is visible and well choreographed. In particular, I also really enjoyed a fight scene down a stair case with a lot of interesting angles.

The biggest problem with the movie is that the whole thing seems messy. I was worried about describing the plot, because it seemed to go so many different ways. It wasn’t one nice and easy to follow story, which I believe the other films might have been. Maybe none of the plots were big enough for a film, or they had all these things they wanted to say and only wanted to do them in a single movie for budget reasons. Who knows. But it is quite crowded and at times it meanders.

Yen has a lot of charm as our lead character and watching him definitely made me want to watch the other films. He is extremely charismatic, but in a quiet way, and it is nice having an honest good person to cheer for in the movies. Too many anti-heroes nowadays. Ip Man is a saint.

I almost watched The Grandmaster a few years ago, but the US release was delayed for some reason. And because of that, I forgot about the film, but it is about the same man. I have to believe he was the coolest dude to have this many movies about his life.

Ip Man 3 was the exact thing to get me back into watching martial arts film. I was planning on re-watching Crouching Tiger, Hidden Dragon for the first time since I was 11 before the sequel is released, and I think I finally have the energy to do it.