Skip to content
HomeArticlesInterview with Stephen Merchant – Fighting With My Family 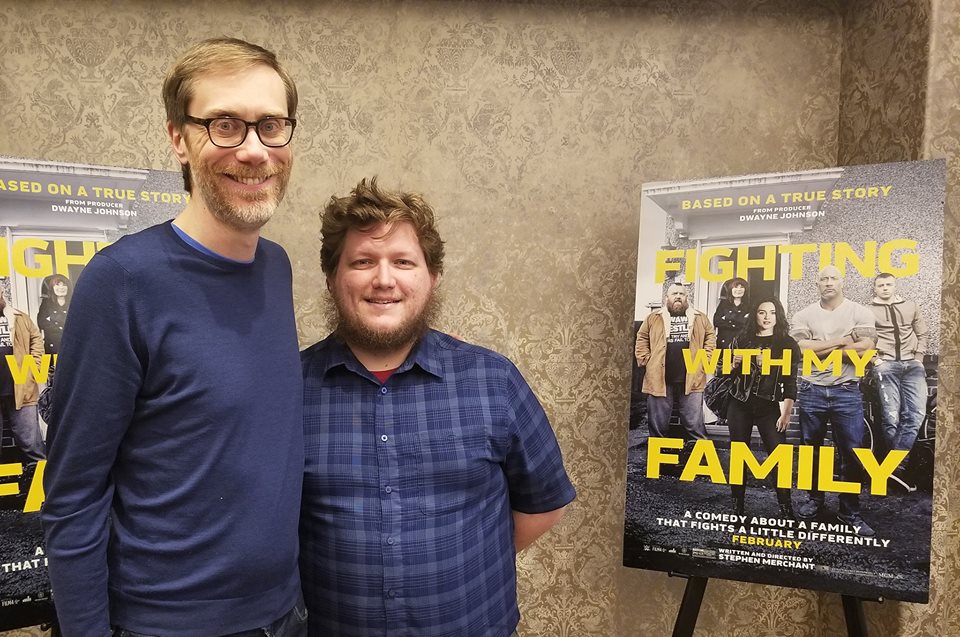 Stephen Merchant did not grow up watching wrestling. He didn’t start watching wrestling in his adult life either. In fact, his interests in wrestling were close to none. So how did he come about directing what seems one of the first biography wrestling movies?

Well, we can blame the Tooth Fairy for that.

That is where Merchant met Dwayne Johnson, formerly The Rock, a man larger than life it seems. Johnson first heard about Paige’s upbringing in a documentary about her household, The Wrestlers: Fighting With My Family. He loved it, wanted it to be a feature film.

According to Merchant, he was contacted by Johnson with the idea to make the film. Merchant believes because he is potentially one of the few British directors/writers he knows. Below are some exerpts from our talk, including how he got into writing and directing at all, how that developed into directing Fighting With My Family, and various aspects of nerd culture in film.

Stephen Merchant is SM, Gorgon Reviews is GR, and Other Interviewer is OI.

GR: “You said before you got your start writing reviews at a local paper, and they sent you to the movies that they didn’t know about or didn’t care. And that after you saw the movie Swingers, it sort of changed for you and inspired you to get into writing yourself, can you speak upon that?”

SM: “I don’t know if you’ve seen Swingers but it is Vince Vaughn and Jon Favreau, just like a real gang of friends. That was a movie about handsome guys dating in LA, trying to inspire to be actors, and I’m this geeky kid in Bristol, in England, and yet that felt like it could have been my friends. It was so specific, to LA, the way they spoke, all that stuff. And yet it felt completely relatable. The observations felt authentic and true and they rang true. And I just thought that it was really inspirational to me, ‘Oh maybe I can do this.’ So I did some student films at the university, and then got into comedy and the radio, always with that thought that if we got the right gang together we can do this ourselves.”

“And in a way that’s how The Office was made. ”

SM: “Yeah we had a similar sensibility, just hunkered down, did it ourselves, BBC left us alone, they didn’t know what we were up to and away we went.”

OI: “I love that they hired you and let you both do it alone.”

SM:“That was the thing about having Ricky, because Ricky was…14 years older than me. He was in his mid-30’s and I was in my early 20s when we did The Office, so I had all this sort of youthful excitement, enthusiasm, and ambition, he had the kind of [attitude] like, ‘I don’t care, I’m not going to do a dance for these people,’ he had that confidence! Just to walk out of a meeting and go, “Alright guys, no no no, if you don’t want to do it this way, it’s fine, we will just go elsewhere,” and I’m like ‘what are you fucking doing, idiot!’ ”

“But at the same time I got this weird, sort of youthful arrogance, where I remember at a meeting where they said, ‘Why should we let you and Ricky direct it?’ and I said, ‘We might be the next Orson Welles!’” And in my mind it didn’t even sound crazy, none of us know! Well maybe, we’ve never done it! We might be! Who knows?” 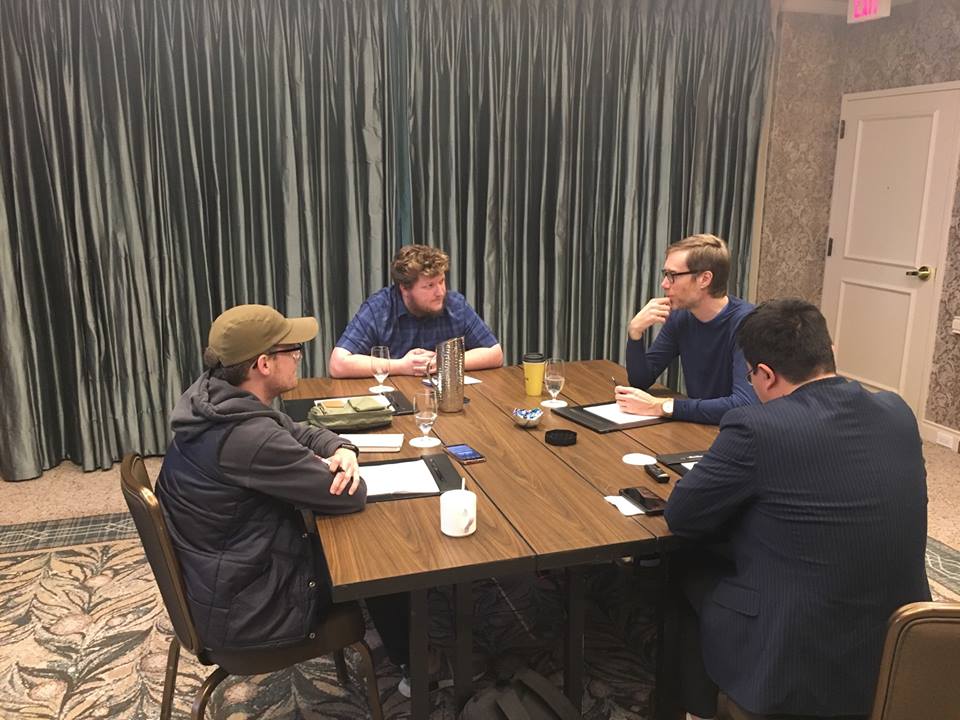 OI:“How did you go about directing these bigger stars on what to say, and deliver the level of intensity needed?”

SM: “Well I first of all really encouraged improvisation and I wanted that going on. Vince is the master of that, it goes back to the fact for Swingers, (which was an amazing thrill for me) and I wanted that character to have humor because the guys she trained with for real are really tough, they put you through the mill, because wrestling fans are abusive. If they don’t like you, they will tear you to shreds. You have to be made of iron to survive. It seems to me that Vince needed to be someone that trash talked all the time, as a way of testing your metal. ”

“When Florence [Pugh] went out in front of the real wrestling fans to recreate that match-up, they were giving her shit. She said she was on the mat at one point, and there was like an eight year old boy just shouting, ‘You suck!’ to her and shes an actress, not even a real wrestler. And what do you do? You use it as fuel I guess.”

GR: “On that note, you’ve been to cons before due to some of your past work, you’re aware of certain people’s intensity in these subjects and video games. How do you think those type of fans compare to wrestling fans in terms of their passions?”

SM: “I think if the internet and twitter existed when I was 17 or 18 I’d have been one of those people. I remember being so angry when the original Tim Burton Batman came out because they made the Joker the person who killed Batman’s parents, like ‘No, that was Joe Chill, what are you talking about?’ And I was FURIOUS! Like If I could have tweeted Tim Burton, I would have been all, ‘Oh you asshole, how dare you!’ I would have been one of those guys. ”

“And as times have gone on, and I made movies and TV myself I understand that passion but I also understand that when you’re on this side of the fence, there’s no malice. I’ve had to make choices in this movie. The real story took place over four years, I can’t press even half of all that into a movie. They changed the WWE logo in the middle of her story, they changed the name of the NXT…like, I can’t put that in the movie. No one’s going to be able to follow what’s going on. So you know, you have to make choices, but I am sure there will some fans like, ‘Well that doesn’t make sense! That logo was different in 2010…’ Well okay you guys, you’re right, you got me. I’m going to fan jail. ”

“If you’re making a Batman movie, you’ve got what is it, 60 years of that character now? You can’t get every factor of him the same, you’ve just got to make choices, and that’s what I did.”

Fighting With My Family is getting a wide release on February, November 22, and my review of the film can be read here.