Infinity Chamber is a movie you have never heard about before, nor had I when I decided to watch it.

Just a movie, floating around on Netflix, when I wanted to find something potentially interesting and unheard of while cross stitching.

Indie science fiction movies, especially ones dealing with far reaching topics, have generally been good to me in the past. They can be a lot smarter than the average released film, and go into a lot of weird places. I wanted this one to be weird, so I hoped for the best. 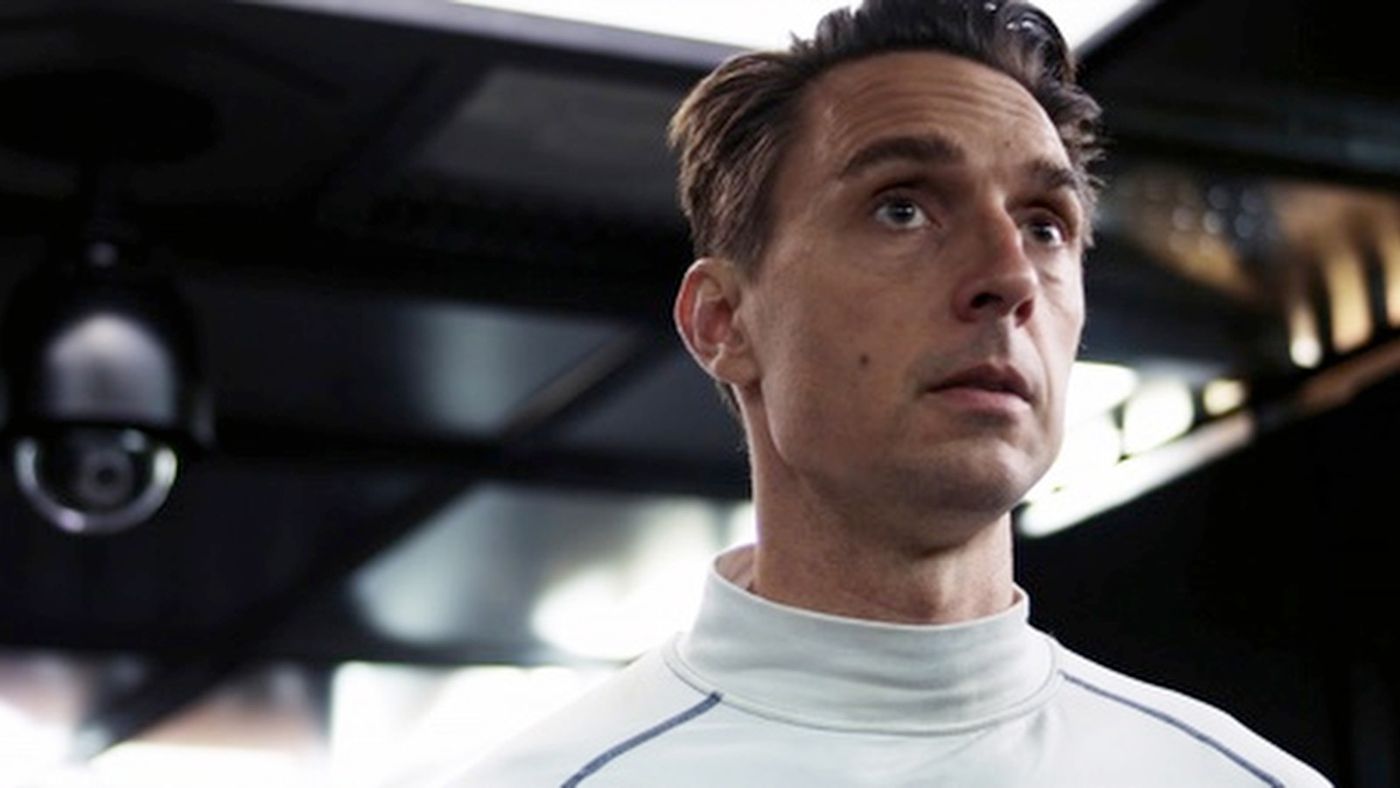 Frank (Christopher Soren Kelly) wakes up and finds himself in a room. A prison. A chamber. It isn’t too small, but there are no windows and no notable doors either. He has a bed, but nothing else to keep him idle.

Oh, there is a big camera in the middle of the room and it talks to him. Its name is Howard (Jesse D. Arrow). He is the warden of this here cell, but it is his first time, so he cannot answer all of Frank’s questions. Questions like, how did he get here? Why is he here in the first place? When can he leave and can he talk to anyone else? Why does Howard know jack shit?

It turns out his cell has other amenities. like drinks and food can be made when requested by Howard. If he needs a toilet or wants to exercise, parts of his cell will open up to help him out. But other than that, he is alone.

Oh, an inexplicably, Frank also sometimes finds himself in a cafe. This cafe is run by a lady (Cassandra Clark), who doesn’t recognize him every time he appears. During every visit however, he is beat up and captured by agents, and hey look, back in the cell.

This is going to be a long sentence for Frank.

The coffee has no hidden side effects. Not. Weird. Enough.

This film was a struggle to get through. I had to watch it over multiple days. Early on in the movie I kept passing out (with my wife quickly waking me up) because of how dreadfully slow it was going.

But nothing was intriguing. I fully understand what happened, or happened enough with reasonable amounts of speculation. I didn’t miss key elements. I did miss a reason to care, however.

I know it is a low budget indie film. But man, that robot sucked. Didn’t even sound scary, all powerful, or robotic really. Felt just like a dude. Twists that occurred seemed obvious. And holy fuck was it boring. Did I say that already?