So why did I pick Ida first? Well, this is one of the few nominees already on netflick. A-ha!

How could it be so simple? This one from Poland. 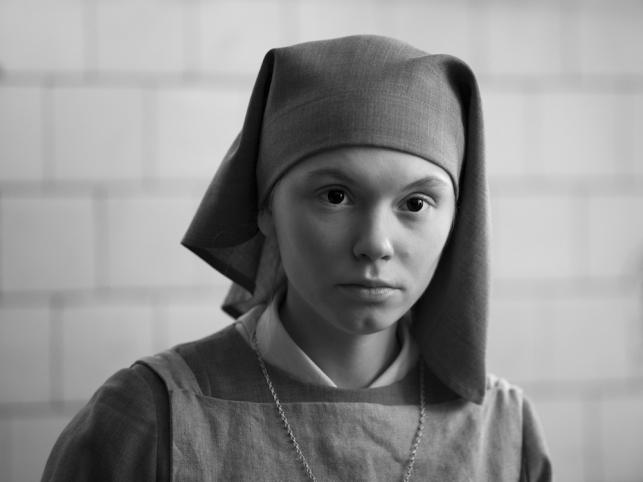 And it features women who hate fun things.

Not a lot of players in this one. The main character, Anna (Agata Trzebuchowska), has lived in a nunnery most of her life. She is about to say her vows though, which I assume is at 18 or 21 or something. But instead of sending her off to experience life, they send her off to her aunt, Wanda (Agata Kulesza), who could never pick her up for whatever reason.

Well, the main reason is that Wanda doesn’t want to be a mom, and that she is a Jewish person living in Poland as a respectful Judge in the community. Anna’s parents were killed, and that is all Anna knows. So she goes to visit with her Aunt and hopefully see her parent’s graves to say good bye for them before taking her vows and giving up earthly pleasures.

Those earthly pleasures which she of course has never experienced or thought about, living in a nunnery that long amount of time. Wanda thinks she should drink and party first, or else her vows mean nothing. But nope. Anna has one goal. Find out about her parents, and live her life alone. How sad, Anna. 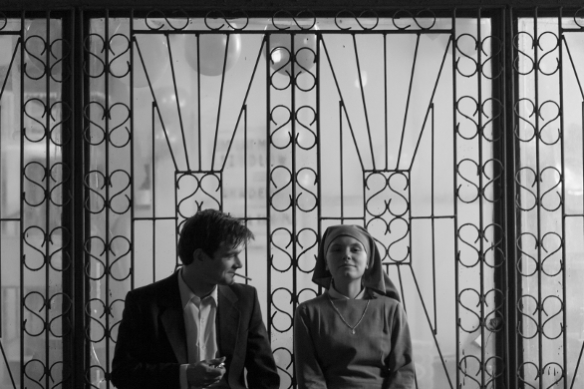 Oooh, but there is a boy. Maybe they will do it!

Ida is a well crafted/beautiful-ish movie. It is in black and white (if you didn’t notice), and the director clearly put a lot of thought into each and every camera placement. You could watch the movie and pause it and think, “Huh, that is a pretty scene” for most of the film.

However the story is dull as fuck. The description makes it sound a lot more ominous than it actually is. The story goes basically everywhere I thought it would go, and it goes there slowly.

I haven’t seen every WW2 movie that exists, but even thought it seems to have maybe a different plot, it still just feels the same.

I kind of hated this movie, regardless of beauty. It just dragged on and on, despite not even being that long. So far, I am pretty disappointed with the crop of these foreign films.

1 out of 4.
Tags:1 out of 4, Agata Kulesza, Agata Trzebuchowska, Drama, Foreign, Ida, Polish