In case you are still wondering why I released The King’s Speech review earlier this week, it is because of Hyde Park On Hudson.

Why? Well, while watching this random movie, I saw that King George VI was a character, a name who meant nothing to me. But then he stuttered. Oh shit, that is the same guy from that other movie. How quaint, how charming.

So, basically this is the sequel to The King’s Speech. Just with different directors, actors, main characters, plot, and no where near as excellent. 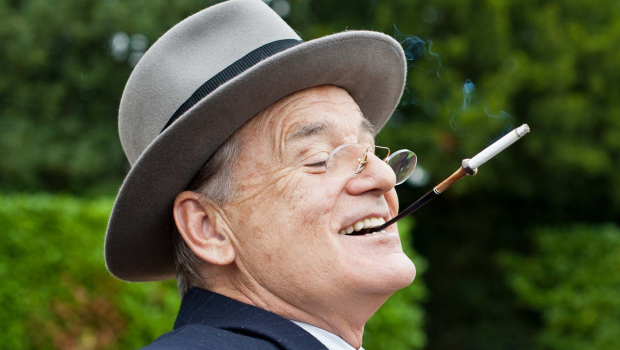 But really, the only reason people watched it was for this man.

The setting? Summer of 1939. Franklin D. Roosevelt (Bill Fucking Murray) is a lonely man. His mother (Elizabeth Wilson) invited his fifth or sixth cousin over to keep him company, because closer family members didn’t want to go do that white house shit. Well, Daisy (Laura Linney) agreed to stop by, thinking she wasn’t interesting at all and would bore the president!

But she didn’t. They talked a lot, eventually went on car rides, and hey, maybe carried out an affair. Yay!

Really, who knows if that is true. Apparently the journals of Daisy after she died said so, and that must be fact!

Well, they get a nice building, in Hyde Park, on the Hudson River, for getaways. But when the King of Britain comes a knocking to visit, it also works as a place for people to hang out and have fancy gatherings at. It is a strange time, because there might be a world war soon with Hitler doing shit, and UK/US relations are low after the depression and crash. But if they can hang out, the stuttering king (Samuel West), Queen Elizabeth (Olivia Colman), and FDR, maybe the future wont be bleak?

But a weekend with all the press, Daisy, Eleanor (Olivia Williams) and maybe some other hussies (Elizabeth Marvel) can get a bit feisty. At the same time, can King George VI convince himself to eat something called a Hot Dog for the sake of preserving the free world? Fucking weird Americans 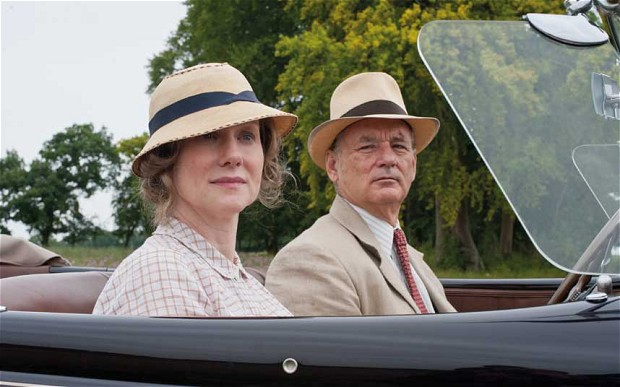 Alright listen, they really liked cars back then. They were new, they were sexy. Bitches need to be driven around and all.

And that is about it. Apparently no one actually thinks they had an affair, just a close relationship. He for sure had an affair with someone else a decade earlier or something, but that was it.

The King visit was also apparently overblown from reality.

And uhh, not much happened in this movie.

It is slow and uneventful. I think the best characters are the King/Queen of England, freaking out about the little things and American customs, but they are the side plot of the movie. The actual main plot I don’t give a shit about.

Bill Murray as a serious actor is doable, because normally he is still just being Bill Murray, but this time he can’t be Bill Murray. He has to be FDR, and I don’t think it works at all. I thought this was going to be some great Oscar Bait movie that no one saw. I guess they did see it and realized there is a lot lacking. Meh, now I am all disappointed.