In the next movies, somehow Hermoine gets more attractive and Harry somehow gets uglier. 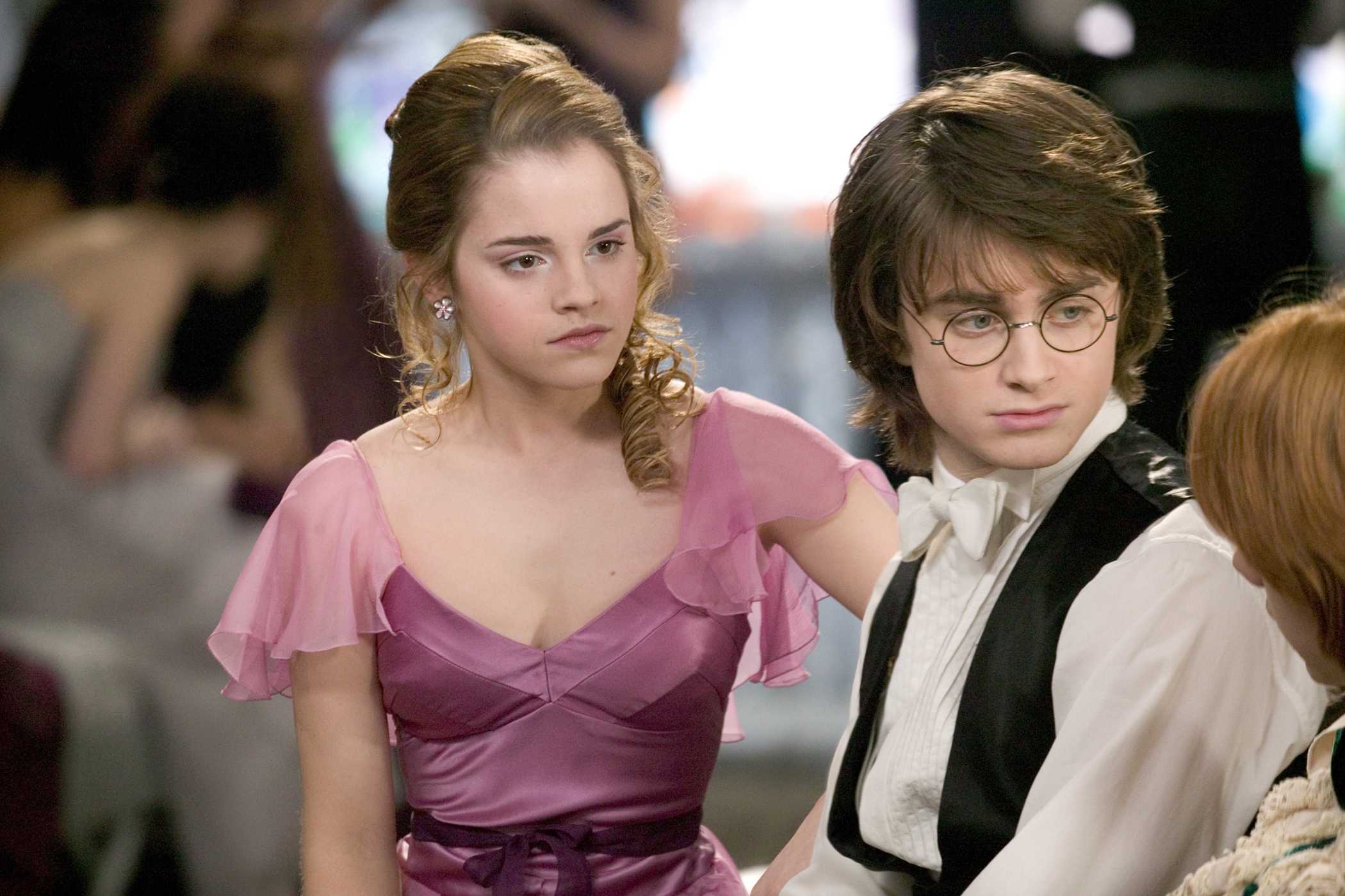 If only there was a picture I could find to show that point.

Harry Potter and the Goblet Of Fire

Finally! A movie that has everything I could want. Edward Cullen. 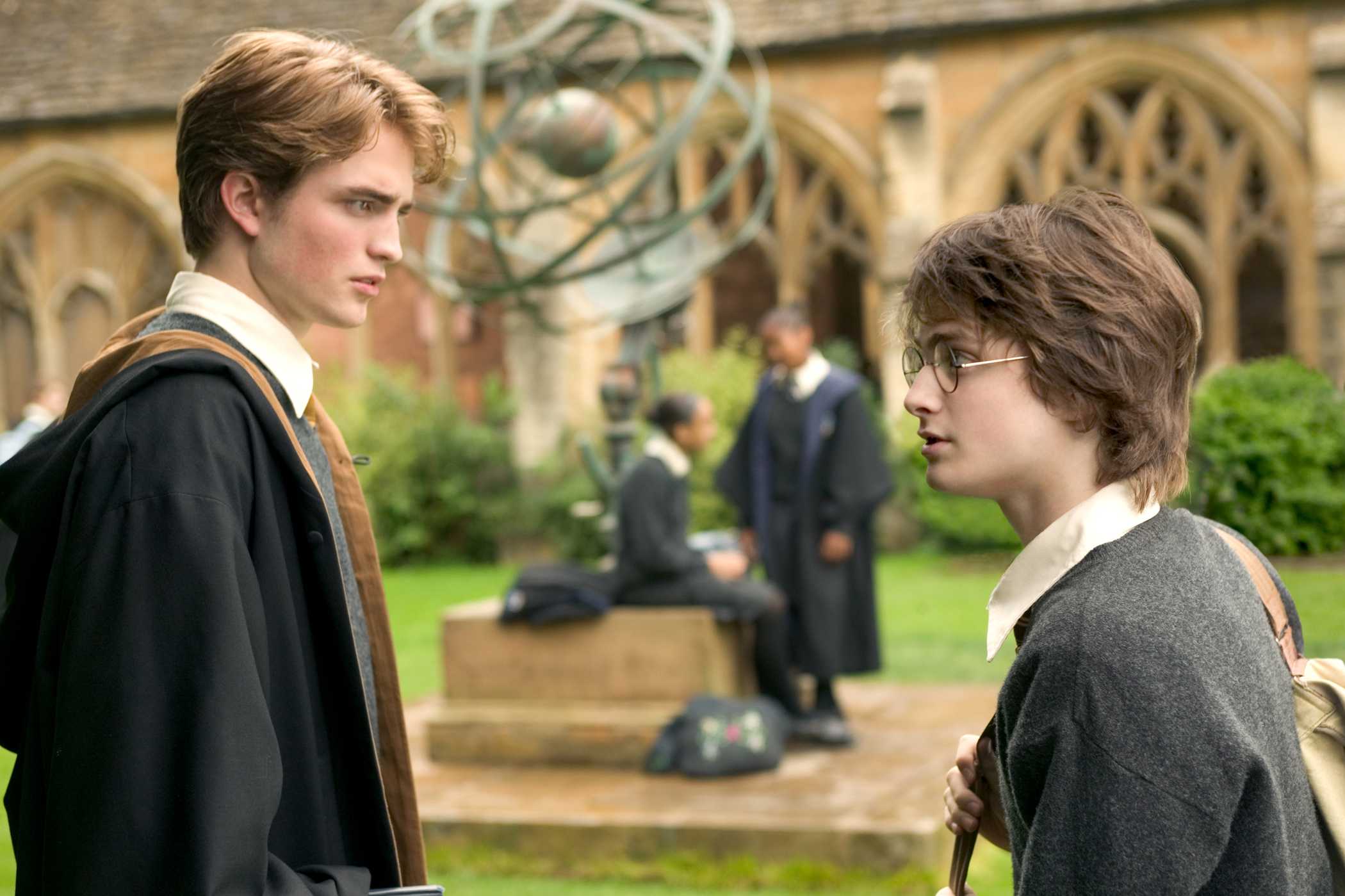 Much more taller and cooler than Harry Potter.

Finally, this movie helps us realize that more than one person is awesome in this school. Cedric is older, cooler, better with the ladies, and most likely to be wizarding president, or something like that. In fact, he is chosen to represent the school at some tournament versus other foreign stereotypical wizard schools. There is more than one!? Shit. More important stuff.

There is a new teacher to replace the last three, and he is creepy with a weird eye. Snape is still a jerk. Gandalf is still gay. But you know what? This movie is highly entertaining. It is great when a movie sticks to a tournament structure and actually goes through all the stages of the tournament, with no funny business. Minus Harry sneaking is way in. That jerk.

ALSO. That ugly bald guy is finally in the movie. He is some weird house far away from the rest of the action, but hey, he is still being an asshole. In fact, he kills Cedric! No one else sees it happen, but Harry. So no one believes it. But shit, that has to suck, having that dead body on his conscious. I hope Harry doesn’t have anything else like that happen to him.

Harry Potter and the Order of the Phoenix

This is the last movie to feature lame British people at the beginning. This time that replacement teacher is an older, grown up pink lady who works for the man. 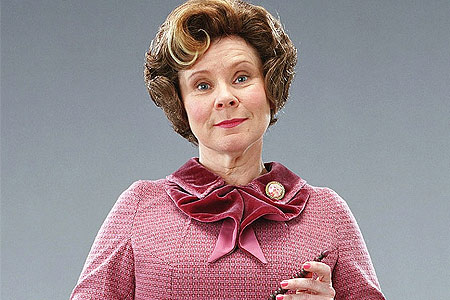 Also what happens in this movie? Well Sirius dies. And that is about it.

Dumbledore gets kicked out of Hogwarts in the movie, but don’t worry, by the end he is back. They start up a club to learn to fight (which helps make Dumbledore get kicked out, due to poor name choices) and that is good. But they still can’t beat Voldemorts people yet. And uhh. Yeah. This movie is like a really slow montage, that doesn’t equate to immediate victory.

But yeah. If this movie was a season of Buffy, to me it would be season 1. Just mostly felt like filler. I pretty much hated this movie. I didn’t see the point.

Compared to the book, sure whatever, a lot happens. But in the movie? Ehhh..Nothing important.

I thought the only other important thing would be that people know that Voldemort is back, but six sweeps that bad boy under the rug. 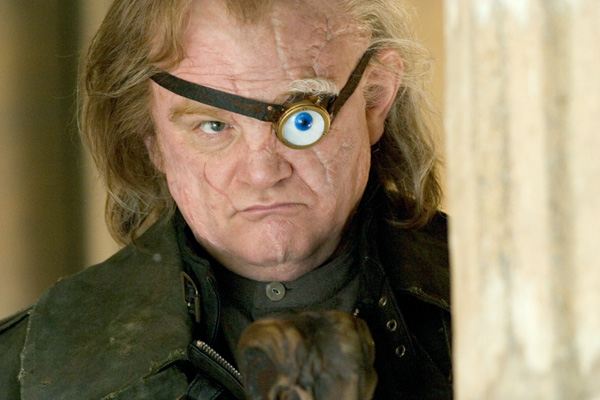 At least we still have big eyes. Who is the live action version of Mr. DeMartino.

These films we see a more mature cast, easier to look at, if Harry didn’t have such ugly hair. We get a better explanation of the Wizarding world, both in its government and its “more than one school ness”. Similarly, these movies amp up the stakes. PG-13, no longer that G stuff. Just imagine if this series gained a rating per film? 5 would be quite a different experience, and who knows about the last few.

The comparison between 4 and 5 for me is just crazy. I love four, I hate five. Apparently this is not what most people thing? But most people might just compare it to the books, hell if I know.