The only reason this movie caught my eye is thanks to accidentally seeing its trailer in another movie. Oh great, another sitcom star trying to do a big indie movie that is kind of comedic that he wrote and directed, with some low name actress who has been in fantasy related movie who will probably become big later on.

Not going to lie. That comparison was way too easy to make. This time the sitcom star who wrote/directed the movie is Josh Radnor of How I Met Your Mother, the woman is Malin Akerman who was previously in Watchmen. Saying she is going to be a big star later on though I can’t prove yet. 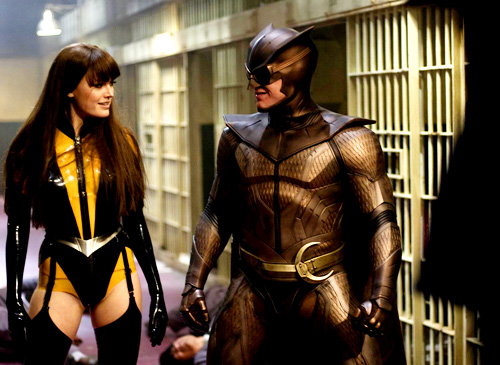 “I wear my sunglasses inside, so I can, so I can…

As of course this being an indie comedy, I was expecting to enjoy most of it and have a bad ending. By bad I mean one that just stopped. Indie movies love not having that “Hollywood everything wrap up” ending, when they don’t realize that having no ending at all makes the last minutes spent watching it just feel kind of pointless. I kind of lied up there too, Akerman is actually not the love interest, but the bald best friend (gross). Kate Mara, my new favorite ginger crush is though.

Thankfully this movie actually did end, because Josh Radnor said I deserve it!

The story is a bunch of 20somethings in NYC and their love lives, more or less. All of the storylines complete themselves by the end (but one. That is kind of up in the air), so that is good. People can be happy it turns out! The storyline involving subway kid was all unexpected and sufficiently awkward for me to watch. So yeah, this movie was better than I thought it would be, and I laughed out loud some times. Which is a weird thing to do alone!

3 out of 4.
Tags:3 out of 4, Comedy, Happythankyoumoreplease, Indie, Josh, Kate Mara, Malin Akerman