Happy Valley is the place to be! Football is the life for me! Penn State all going to hide! Watch out for lawsuits, keep your boys inside!

I hope you read that in the tune of the green acres theme song. I tried my best to keep it PG.

Happy Valley is a documentary that takes us on a journey to State College, Pennsylvania, where Penn State lives. Yes, you are allowed to be disappointed that it isn’t actually called Happy Valley on any maps.

If you haven’t heard about Penn State lately, then you don’t remember the end of 2011 when Jerry Sandusky, a guy who was the defensive coordinator for their football team, was arrested for being a little boy toucher. Over a 15 year span he was accused of over 50 sexual abuses to little boys. Even worse, he did it through a program called The Second Mile that he founded to help at risk and underprivileged youth. There are a lot of words you can say about an individual like Jerry, but I will just settle on being pretty fucked up.

But then there is Joe. Joe Paterno. Head coach for the team for about 45 years, where before that he was the assistant coach for 15 years! A man who basically lived his whole life with Penn State football, a man who was basically a modern day saint who could do no wrong and was heavily worshiped throughout the state.

Did he…did he know about all of this? 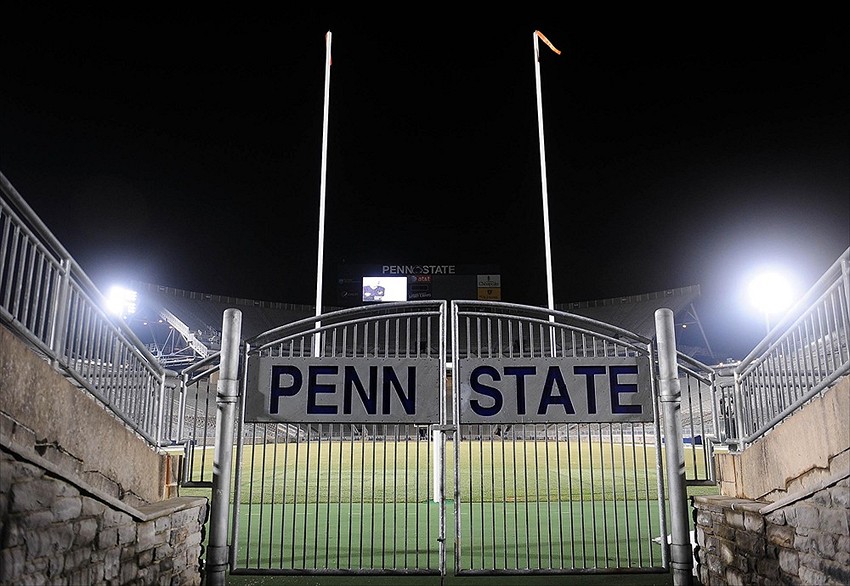 WE ARE! LOCKED GATE!

Unfortunately yes. And he admitted to it a little bit too. He knew of an incident in 2001/02 about Sandusky and a boy in the shower. He even told his direct supervisor when he found out. The issue with Joe is that is all he did. Nothing came out of it for Jerry until 10 years later. But a lot of people are concerned about Joe not doing anything more than just passing the news along. After all, Jerry wasn’t even a coach anymore at the time and still had access to their facilities for the next 10 years. Did he not care? Did he try to protect a fan?

Even more unfortunately, we don’t really get to know. Not long after Paterno was let go after this scandal went global, he developed cancer and died literally a month or so later. His story went with him. Was he a saint? We he a dark man? It is hard to say.

What we do know is that the people and students at Penn State did not like this issue one bet, rioting, still worshiping Joe as a hero and not letting the media throw their city under the bus. And with this documentary, you get to hear from Joe’s son, Jerry’s adopted son, students and citizens of State College, PA, people on both sides of the debate. Happy Valley explores how deep tradition plays into mindset of the individuals there and the extremes they will go to, to protect the ones they worship.

I thought the documentary did a good job of showcasing just how spirited people can be about college matters and how much their judgement can be clouded through repetition. There is no way Joe could have been a bad guy, right? They have been told that their whole lives that he is better than sliced bread. I don’t think there are any other people in modern times who have been so loved to quickly despised in such a well documented amount. This is the only documentary out there where you will get to see how perceptions change, or stay the same, despite the facts.