Gran Torino was meant to be Clint Eastwood‘s last movie as an actor!

But now that I see his imdb, he is supposed to be acting in something called Trouble With The Curve later this year. Huh. Looks good too. My definition of good is “sad”, by the way. 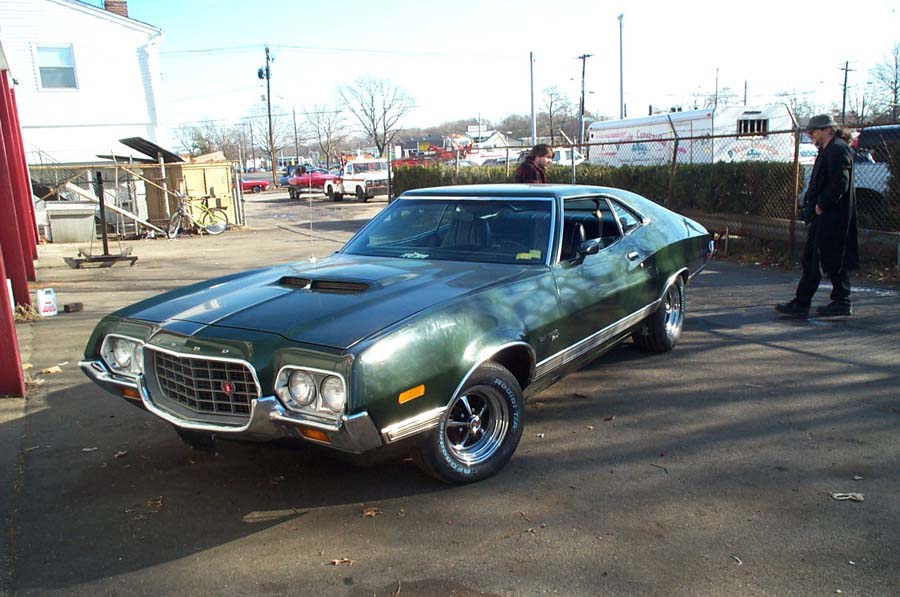 Turns out a Gran Torino is a muscle car from Ford. From AMERICA!

The movie opens with the loss of Eastwood’s wife.. There is a gathering at his house, with “Friend” and “family”. The friends being mostly superficial, and his family thinking he is a curmudgeon who doesn’t care about anyone. Not really true. He cared about his wife! And his car. He fought in the Korean war, and used to live in a community of hard working class (White) citizens.

But this is Detroit, and the jobs have left and it has become poor. Now his entire neighborhood is poor Asian people, more specifically Hmong. He also has to deal with a young Catholic priest (Christopher Carley) who really really wants him to be all religious like his wife, but he hates that some young guy is trying to make him do anything.

His neighbors have a son and daughter, played by Bee Vang and Ahney Her. Bee is pressured to join a local gang by his cousin, and his initiation is to steal the Gran Torino from his neighbor. Fortunately for him, he gets caught. The gang pressures him to do more bad things, but Clint chases him off, which makes the neighbors love him.. To make up for the almost crime, he is sent over to work for Clint around his yard and house. He eventually makes it so that Bee must do yard work elsewhere and help his neighbors, making the overall community better.

Escalation continues between the gang and Bee, until Clint tries to intervene and beats up a gang member. They don’t like that at all, so they perform a drive by on the house on the neighbors house, and hit Bee and kidnap his sister. Needless to say, this makes him very angry and wants real revenge. Real hate demands real killing. But Clint knows what it is like to kill a man and doesn’t think he should have to live his life knowing that too. Can he put an end to the gang violence and redeem himself to all parties at the same time? 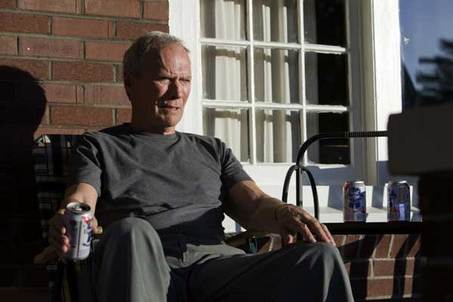 What kind of dick would try and bring violence to an old man too?

I probably owned this movie for over a year before I finally watched it. Was never in the mood for a serious race relations movie. Because all I really knew about it was the racial thing. After all, half of the dialogue seems to be full of racial slurs.

I also liked it a lot. Made what is a weird small occurrence seem like the grandest of causes for someone to fight for. I think most of the time, a gang wouldn’t care that much that a cousin doesn’t join them, they care more if they decide to leave the gang afterwards. But man, I really wanted them to be punished, and was stoked to see Clint Eastwood be the punisher. Kind of.

Really well acted, and if you don’t get emotional by the end, then you just probably weren’t paying attention.