When God’s Not Dead came out in 2014, it was a complete joke. It was a very low budget Christian faith film. It was based on a shitty internet story, not any form of reality. It was supposed to be made and ignored but people flocked to see it so it became a wide release to get some of that sweet sweet money. It was a bad effort.

Needless to say, I and everyone else was extremely skeptical about news of a sequel. What would God’s Not Dead 2 be about? Would it be an unrelated different religious story or it would it be a direct follow up with our old main character destroying more professors? If it is a direct follow up, would it tie up any of the many loose ends of the first film?

Or would it just be a cash grab given the success of the first. The scariest option. More of the same. I shudder at the thought. 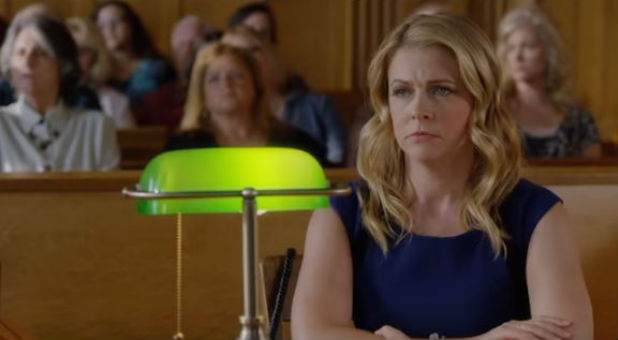 So does blank stare Sabrina.

Remember Martin (Paul Kwo), the Chinese student who had the nerve to learn about and believe in Jesus in the first film? Well he is back! So is Amy Ryan (Trisha LaFache) the liberal reporter who got the cancer, and of course Reverend Dave (David A.R. White) and Reverend Jude (Benjamin A. Onyango). But I won’t go into their back stories. Because we have a new hero.

Grace Wesley (Melissa Joan-Hart), an optimistic and great History teacher at Dr. Martin Luther King Jr. High School (that’s relevant). In particular, she teachers AP History as well. One of her students, Brooke (Hayley Orrantia), has been having a hard time after her brother died six months ago. She cannot get over it and it is affecting her grades. Her parents (Carey Scott, Maria Canals-Barrera) have gotten over it however and it is because they are atheists. She isn’t Christian, she just doesn’t know. But she talks to Grace outside of school and finds out her brother had a bible. So she starts finding out about Jesus. Which is why during a lesson on MLK and Gandhi, Brooke asks (during class!) if it was the same non-violent approach mentioned by Jesus. And Grace answers. And everyone moves on.

Nope, just kidding. A student brings it up and a complaint is made. The principal (Robin Givens) can’t do anything about it, the school board just wants an apology, but Grace refuses because she does nothing wrong. There is nothing left to do but to go to trial over it then. Where the school board can watch and make decisions from it, because the ACLU has agreed to do this case because they want precedent to make sure God cannot be in schools ever again. Their lawyer (Ray Wise) is a bad bad dude.

So Grace gets a lawyer from her union, Tom (Jesse Metcalfe), a non religious man. And they have to argue that not only was she not preaching, but she was talking about the historical Jesus (and prove he existed) which is why he should be able to be mentioned in AP History. They just have to convince a very good jury who are out for blood. 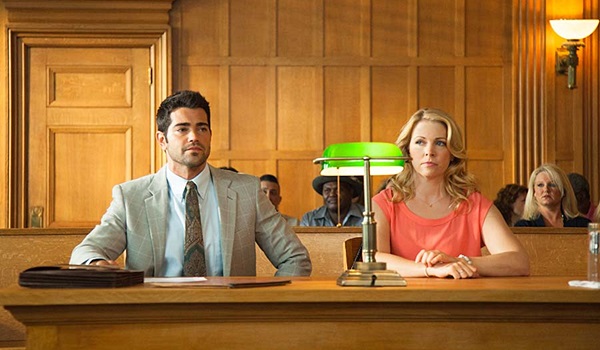 The face you make when people are mean butts and you just want to not be there.

Harold Cronk, you beautiful genius. You drag us in with the first film by creating a phenomenon out of nowhere, just to build a fan base. Make that sweet sweet cash. He took all that money and wanted to build something bigger out of it. So for the sequel he has better cameras. Someone who knows the word cinematograhy. And better actors. Come on, Ernie Hudson as the judge is brilliant. And having Melissa Joan Hart, a person most well known for explaining things and being a witch, and making her become religious can only be described as genius. No one cared when Kevin Sorbo was an atheist professor, because that makes sense. He used to play a damn demi-god!

Not only are the cameras and cast better, but the script is better as well. The film brings back older characters to tie up the loose ends created in the first film. We now know why the Asian guy was initially afraid of Jesus. We know what happened to the reporter who got the cancer. We know that Duck Dynasty lived on to see another day. We don’t know what happened to the Muslim girl who became homeless due to changing religion, but eh, who cares, she used to be Muslim.

Last but not least, the court room drama. Never have I bit my nails so much. The tension was high as the two lawyers battled over jury dominance. Both sides argued so well, but the Jesus side argued much better. Everything they said was 100% right and factual. Based on the film, I can only hope that a case like this really does open up in the courts, because it would be a landslide victory for religion and its role in government. Fuck, it was so good I am basically a believer now.

Gods Not Dead 2 may be the most important film of the year and will change a lot of people’s minds about faith.