You know what one of the weirder feelings ever is? Finding a movie that you have never heard of because it went straight to video, and actually having mostly really big actors in it.

I never know what is to blame for something like that, but I assume it is due to shitty post processing or whatever, a good idea that people liked became shit, and then they just had to try and bury it. It is not like Fire With Fire is a bad title, just kind of a cheesy one. 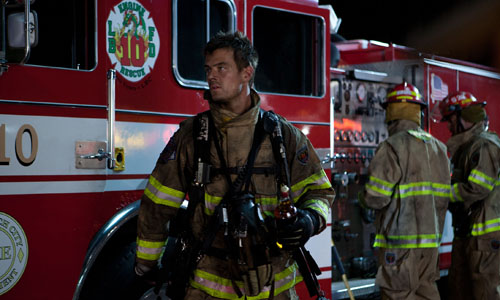 Yes, Jeremey (Josh Duhamel) is a firefighter. A nice bad ass one in Long Beach, California. But when he is celebrating a nice extinguished fire, he happens to witness a murder at a convenience store! Not just any murder, but in fact, the head of the local white power gang, David Haghn (Vincent D’Onofrio)!!! For whatever reason, he doesn’t have his lackies do his business, like Vinnie Jones, but does it himself. Oh well, sucks to be him.

Now Jeremy gets sent away for witness protection, to the magical land of New Orleans. The cop on the case, Mike Cella (Bruce Fucking Willis) is trying to rush the court date, so Jeremy can go back to living his life. Because once a criminal is in jail, he can no longer hurt you.

But first, he is going to fall in love with a cop in NO, Talia (Rosario Dawson). Eventually he realizes that yes, gang boss in jail does not make him safe, especially when they are able to find him in witness protection. So he does what any sane person would do. Go back to California, away from your escorts, and wage war on the gang himself! Maybe he can even get some of the crips to help, lead by 50 Cent. 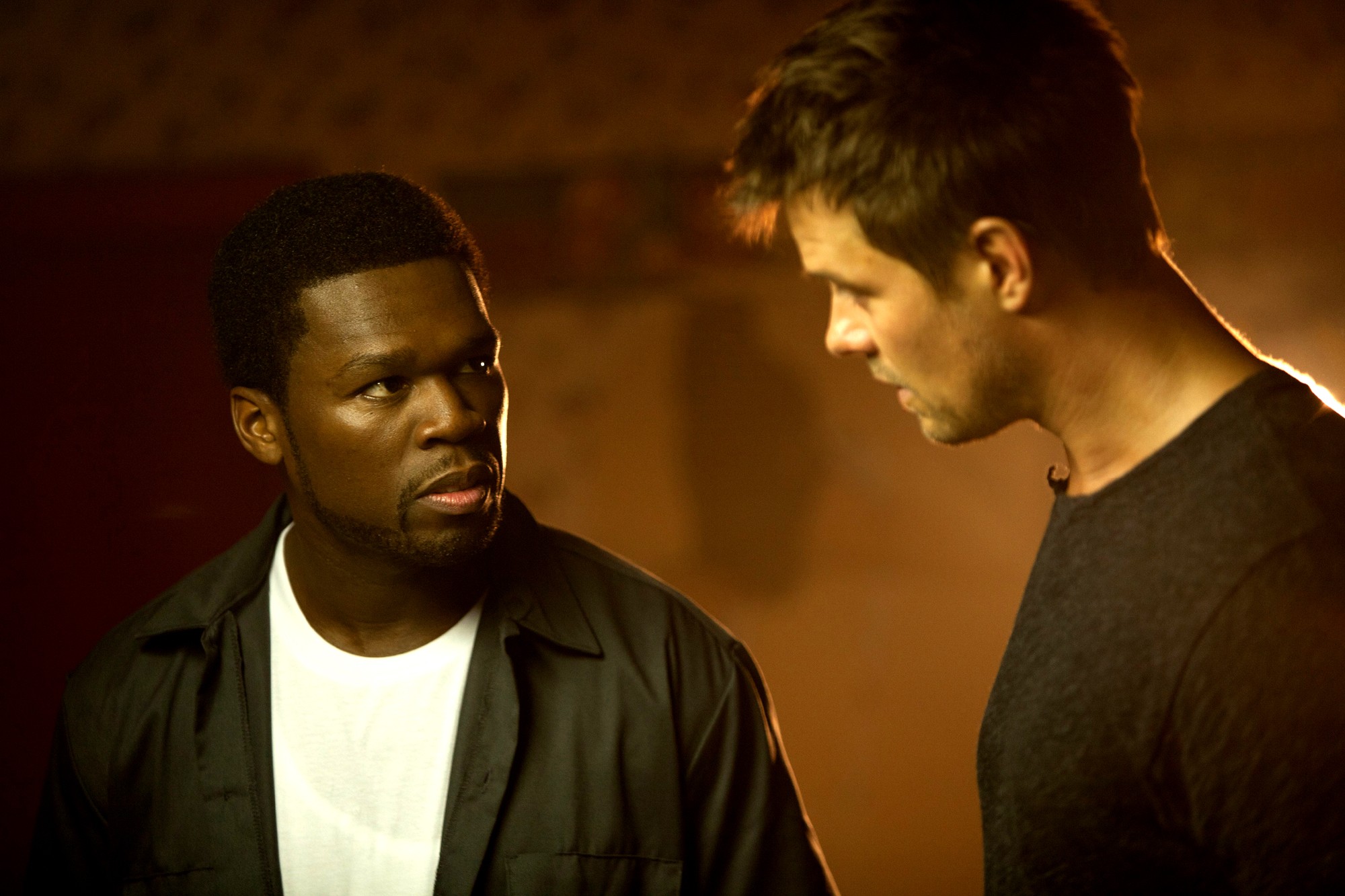 I know everyone is excited to see Curtis Jackson back up and acting.

Alright, my apologies to the director or editor or whoever I blamed for post processing suckitude. Because that wasn’t the only problem, the writer has to share the blame as well. Turns out the plot was really bad, along with the acting/dialogue. At one point, when the mobsters find out his location in NO, the sniper fails to hit either of their vitals, but just Rosario Dawson in like, the shoulder or something. But the entire scene leading up to it with gun training, during it, and after, my head did not leave my palm. It was so bad to watch.

Unfortunately, that was early on in the film as well. The convenience store scene was bad, Bruce Willis was bad, it was just all bad. I found it very easy to start multi-tasking when he decided to go back to Cali and take down the gang by himself. Very easy indeed. Lets just say, fire got used.