If you didn’t know, each one of these movies does have a different title. This one has no “The” or “The” making it the 4th movie in the franchise. Only reason I went back to watch this one was because because Fast Five was coming out soon, and I want to see that one, while also making sure I don’t get confused with the plots. 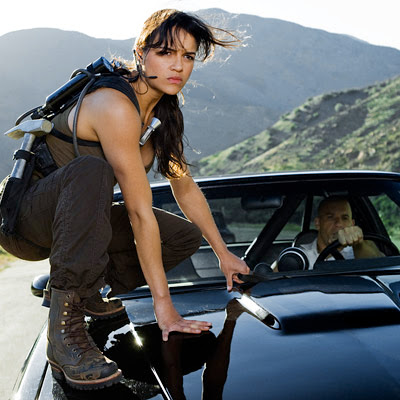 Afterall, these movies are known for their hard hitting material and for making you think.

I might have missed something at the beginning, but does Vin Diesel kill the trucker in his first heist attempt of the movie? That’s horrible. I can’t feel good about Vin Diesel doing that cool car stuff, if some trucker doing his job gets killed because of it. What the hell, morals! [I have been told that the trucker may have jumped out of his truck. But he would have jumped out from a very fast moving truck, into a rocky/desert like ground. More than likely he died just from that as well, and not the resulting tumbling 18 wheeler of fiery doom. Still. Bad Morals, Vin.]

This movie tried to have more plot in it than 1/2. Not so much about street racing and thievery racing, but more about the FBI! And Mexico! And drug smuggling! And stopping the mentioned things (using street racing). If I can say anything, it is that this movie is definitely better than 2 Fast 2 Furious. That sucked. Not sure if it is is good as 1 and 3 though.

What probably lessened the enjoyment for me was the two underground tunnel racing/driving scenes. All that does to the situation is make it a lot more dangerous for them, but confusing for me. If they are pretty much in a tunnel, that I don’t know the route and map for, then I can’t anticipate, and I have to assume they are just driving fast in a straight line. Open world racing, much more exciting. Paul Walker was pretty much the same in this movie as he was in one. Working for the Man, and hating Vin Diesel.

The races were so bad, it is impossible to find a good picture of them, because no one cares.