Magic is possibly the greatest card game ever made, but I am a bit biased. I played for over a decade, in and out, depending on school and setting. At one point I was in tournaments weekly, paying $15 just for sweet cards and sweet fun.

And eventually I stopped playing and became a collector. Then in my mind they tried to piss off collectors more and more, either making everything fun super rare, or super common. It used to one special card a pre-release tournament every set, and then it ballooned to 40. No one has time for that.

Needless to say, I eventually sold my collection and quit magic for the most part, only willing to go back and play on a purely casual basis. I still keep up to date with the card game and they have had quite a few blunders in the last few years, alienating members of the community and their own judges for tournaments.

But now they have decided to fully back a documentary, Enter the Battlefield: Life on the Magic – The Gathering Pro Tour. Show casing individuals who are great players, who actually do make money from magic and winning huge tournaments. So yeah, show that off, let the kids dream and people might want to become great magic players! Or just show us what it takes and what people have to give up to achieve these high levels of success. Give us that sympathy level and make them feel human. 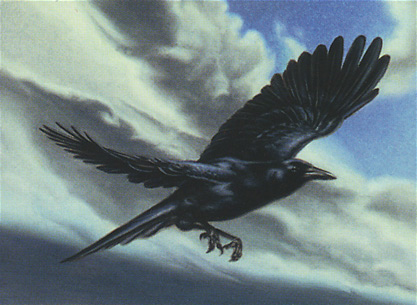 This is widely considered to be the best magic card in the game’s history.

Except this documentary does’t do any of that. It is little more than become a fluff piece on a few great players currently playing magic, with a bit of there stories.

In the intro it briefly explains the game and the tournament scene, as narrated by Wil Wheaton. It doesn’t do a great job of selling the game though, and anyone who isn’t already a fan won’t suddenly become one.

A large portion of the documentary is around three American players who formed a “team” to get better, the first female to get int he top 8 of one of the biggest tournaments, a long time magic player and writer, someone desperately trying to get into the Hall of Fame, and the last winner of the World Magic Championship, the biggest crazy tournament.

And sure, it may sound diverse, but really it is a bunch of Americans and an American-Israeli guy. It is awkward to see footage of the best tournament, see that 2 of the top 4 are from Japan, where one is highly considered to be the best player in the world, and not have them more featured in the documentary. It is just very pro American, pro English speaking players, instead of highlighting who actually might be the best.

At only an hour long, this documentary is quick to watch, but I fail to see what the actual purpose of it is. It won’t work to get new people into magic. It won’t make people want to become pro tour champions anymore than they already did (and cutting their appearance fees right before the documentary came out was also a strange tactic). And no one will really learn a lot about the game if they don’t already know magic.

This is a strange documentary. Like it feels like it was just an idea to waste some time, then someone thought it was good enough to release. Sure. Why not. And it will be forgotten about in a month.

1 out of 4.
Tags:1 out of 4, Documentary, Enter the Battlefield, Life on the Magic - The Gathering Pro Tour, Magic, Wil Wheaton