At some point, I probably just assumed that Paul Verhoeven was dead. His last movie was in 2012, Tricked, and I never really heard about it. Before that, 2006, Black Book, another I hadn’t ever seen. And before that, 2000, Hallow Man, which totally fits his style.

He has gotten older so I don’t expect a movie every 2 years, but man he used to be so on the map.

So when I saw Elle I basically ignored it (even with the awards talk), I just can only see so many subtitled movies in a year. It takes a lot out of me when I am in a job that makes me pass out before 9pm most nights. But with Verhoeven directing as some sort of thriller? Where sex and violence might be brought up to 11? Sure, I will give it a shot.

If anything, it will still help me prepare for the Oscars. 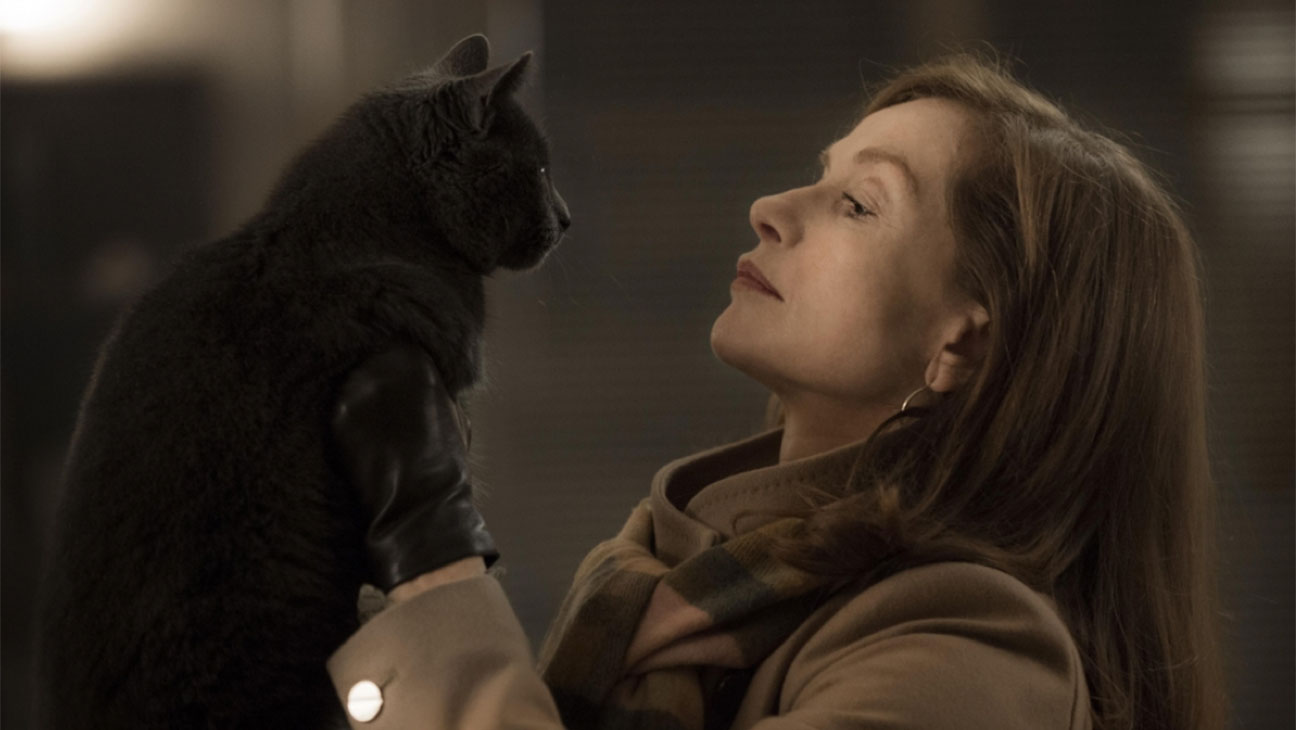 Editor said I cannot make a reference about her reminding me of the hook lady from Boston Public, no one would get it.

And at the beginning, Michèle Leblanc (Isabelle Huppert) is raped. In her own home, by a man in a ski mask. She is the head of a video game company in France, with her business partner Anna (Anne Consigny). Her father was a serial killer, found out when she was a young girl, so she has been lashed out against all the time. This has led her to becoming a strong and successful woman, independent as fuck, so how could she be raped in her own damn house?

She doesn’t trust the police, given her childhood problems. So she doesn’t report it, confides in some friends, and goes about her business. After all, her game company has a deadline and they have to finish the product. But at the same time, she begins her own independent investigation as to the culprit. Could it be one of her angry workers? One of the many enemies she has outside of the job? Some pissed off citizen or neighbor?

Whoever it is, Elle is going to handle it on her own. While dealing with a son (Jonas Bloquet) who has grown up to be a little bitch, affairs, and more. 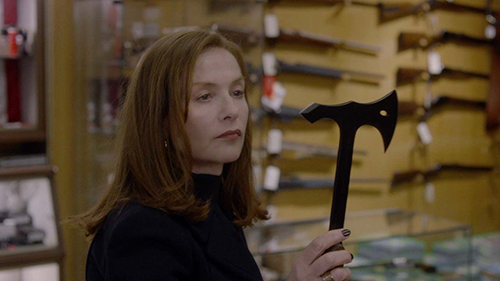 Revenge is a dish best served with a cold weapon.

At its best, Elle is a slow burn that has a lot of subplots and a couple twisty moments to tell an over two hour story. At the same time, some of these slower moments and subplots do the obvious thing and slow the story down significantly.

All of the plot with the son and his baby? They do end up mattering, but it is a strange thing to watch until it becomes apparent. The extra parts about getting the game in on deadline? Well, besides red herrings, they bring a sense of realism to the story. Her relationship with her father? Well, that explains why Elle is so fucked up and police scared.

Despite wanting to complain that there are slower moments and slower scenes, on my own it is hard to find something that IS actual cut worthy and necessary, in order to tell the complete story.

Huppert gives a nuanced performance as our lead, having to deal with a lot of her internal struggles despite external forces pressing down on her. She has all of the baggage in the world, isn’t a perfect character, and sadistic.

A very interesting character study, despite getting bogged down in excessive story details (yes, that I am unable to pin point exactly. Shut up).