Breaking Bad is one of the best TV shows ever.

Calm down The Wire fans, I said one of the best, not the best, easy easy.

But it is well written, well acted, a slow burn, and keeps the audience guessing. It is so good, that it had a spin-off prequel on a side character, and that is now also one of the best TV shows ever made. Hot damn.

So color me, and everyone else who has seen the show, for this movie version epilogue to find out the fate of Jesse, who rode into the night, giggling like a mad man. And it is named El Camino: A Breaking Bad Movie, because it needs to make sure you know they are related and forego having just a nice title into the wind. 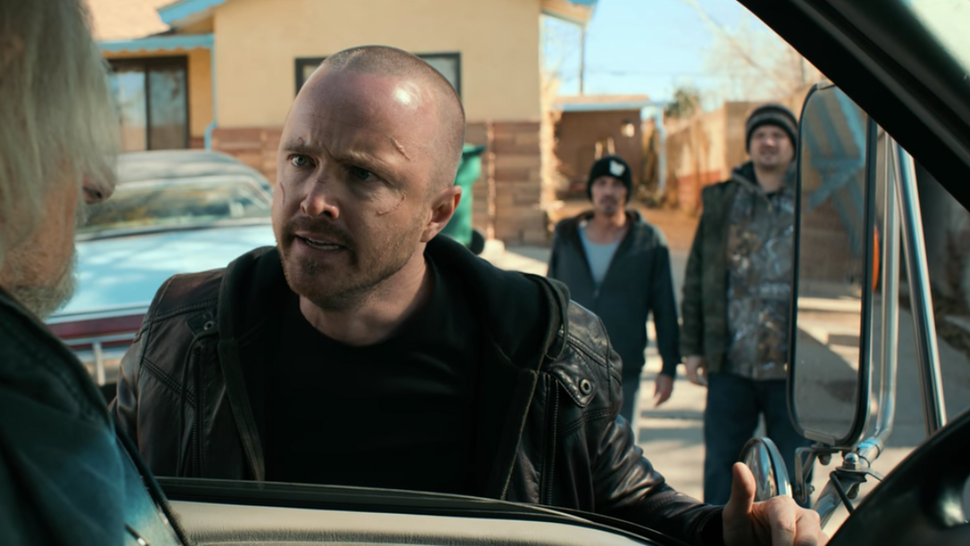 It is about cars and everyone loves cars!

When we last saw Jesse (Aaron Paul), he was riding off into the sunrise, and finally free.

But freedom doesn’t come easy. And just because he has a car doesn’t mean you can do anything, despite what 16 year old kids think.

He needs money. He needs a place to go. He is wanted for being in connection to everything. He has family! He has a lot of issues to deal with. And goddamn it, he has some friends who might still care about him.

At this point, can Jesse get over his last few years of terrible imprisonment and crime and finally make something of his life? 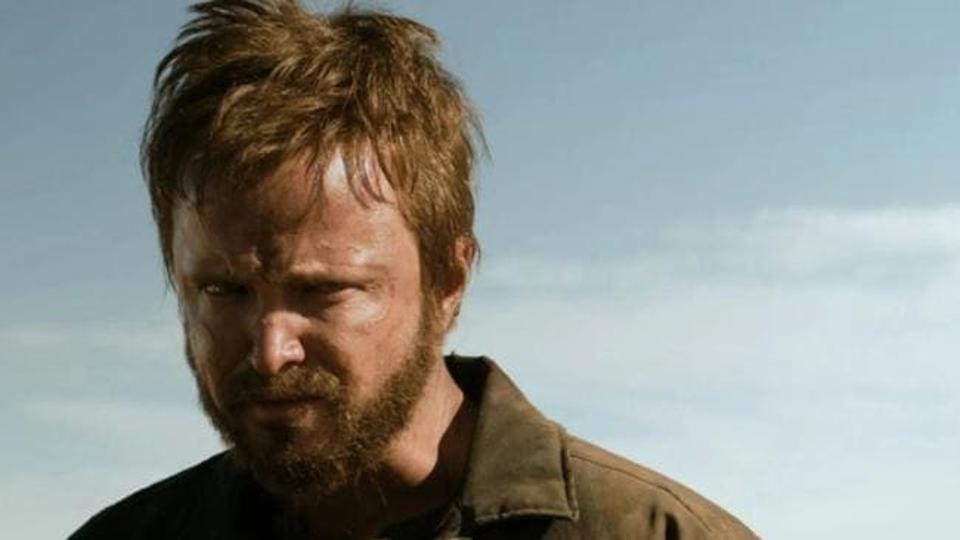 My bushy beard fetish is also appeased in this movie.

Much like the show, this movie is well acted, well shot, full of long and realistically slow scenes so the characters can deal with their issues. It is exactly the quality we should expect from the show, and feels like the show.

Is that a bad thing? On its own, no, it seems like it should feel like the show. But let’s be honest here. This is just a slightly extended episode epilogue. Again, not a bad thing. But as a standalone movie, I wouldn’t want to have seen this in theaters. I don’t anything is added to this by making it a movie. As a movie it is okay.

And therein lies the pointlessness of this review. Watch if you have seen the show and like the show. Do not watch it if you haven’t seen the show. And here’s hoping that Better Call Saul will finish strongly.