From everything I heard about Drive, what I heard the most was how good the “cinematography” was. Camera choices were brilliant, chase and driving scenes sexy, and all of that. Well damn, I thought to myself, I have to see this on Blu-Ray then! Well unfortunately this is a DVD review. I know, I know, lame sauce. 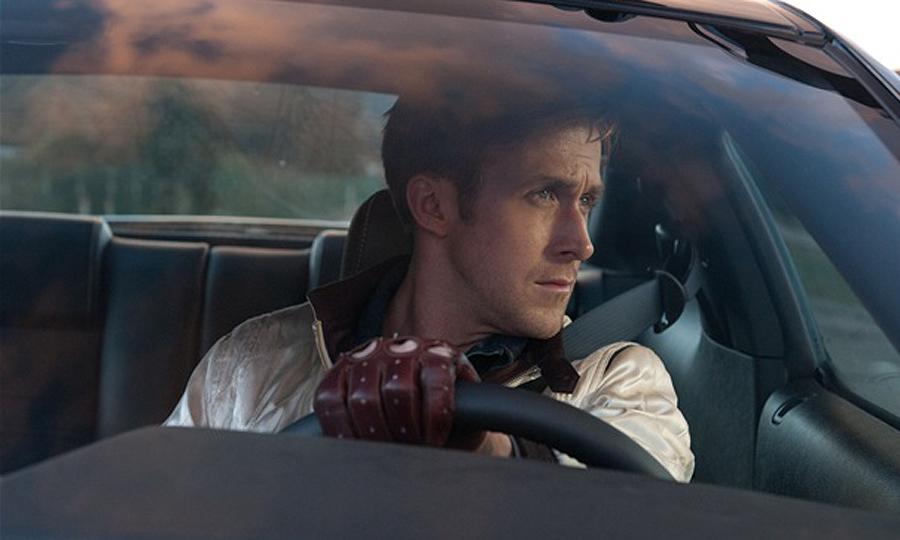 Don’t worry. My website is still in HD quality.

Ryan Gosling plays the Driver! I like writing that because that is his cast name. So mysterious eh? Gosling works as a mechanic, and a stunt driver for movies, but also as a get away driver for criminals. He tells them the same thing every time, that he will wait for five minutes, and then get them to safety, then never talk again. He also works for Bryan Cranston for the mechanic/stunt work (not sure on the Criminal parts. Maybe). But they are looking to expand, possibly into real racing because man, Gosling is a Driver.

Cranston gets a 300k loan from some shady Albert Brooks fella to invest in a stock car to get them the monies. Also going on is that the Driver has a neighbor, Carey Mulligan, who he assumes is a single mom. TURNS OUT NO. Her husband / ex husband is still there, Oscar Isaac (named Standard wtf?). Turns out he is just gonna die possibly, and since Driver might like the neighbor, doesn’t want to see them all sad over that.

Driver agrees to help him get away from another crime that will pay off all of his debts, for Ron Perlman. Simple enough. And hey, Christina Hendricks is there too. What could go wrong?

Things go wrong, people die, can he save himself and the ones he might now care for?

It was a very interesting story, that really let the use of silence carry the story forward at points. Long scenes, that were yes, well shot were a great bonus. A little excessive violence never really hurt anyone either. I also loved the soundtrack. Full of weird electro synth pop stuff mostly.

I can also see why this movie could be polarizing. I think the ending was lacking, they could have done something more there. That is a common complaint you will hear. Other people may call it boring or not action-y enough. But eh, opinions are opinions. Mine is that this was pretty good but not top of the plateau.