Some may argue, “Hey! Gorgon Reviewer guy! This isn’t really a movie! It was an online TV series in 3 parts, originally for free for everyone, but eventually taken off of its freeness and mae available on DVD and Blu-Ray! Its like, a web series! HEY!”

Valid argument, and a good way to set this up. But I don’t care. Especially since Dr. Horrible’s Sing-Along Blog is (Eventually) getting a sequel, not as an internet thing, this one qualifies a review! 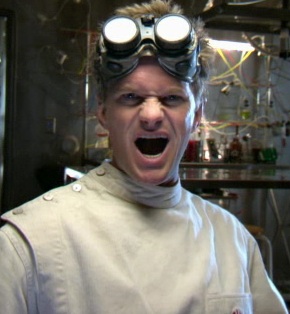 Cast is obviously small, internet series an all, because it came out during that damn writers strike, that ruined a lot of our favorite TV shows. (Like Heroes! It was the downfall! But shit happens). Neil Patrick Harris stars as Dr. Horrible, who is trying to get into the Evil League of Evil. With a small amount of help from his friend/sidekickishfriend, Moist (Simon Helberg, or Howard from Big Bang Theory).

But there is a problem! He likes Penny (Felicia Day) from the laundromat, but can barely muster up the courage to talk to her. Until fate finally gets them to talk, during a heist! Which is ruined by Captain Hammer (Nathan Fillion), his arch-nemesis. Plus there is a love triangle thing going on, which is no good for anyone. 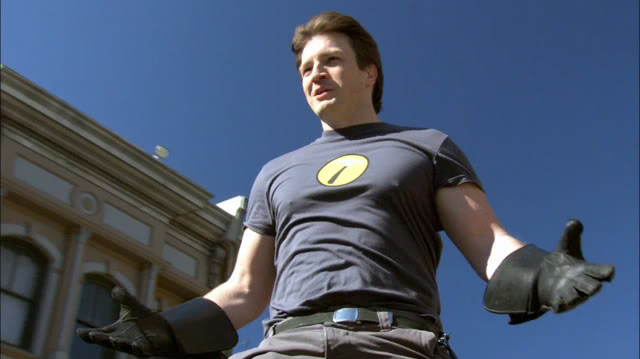 Well, good for Captain Hammer I guess. And Penny. Nevermind.

I’ve seen this movie many many times. Its short length makes showing it to others pretty easy. If only it was still on Hulu, so I could suggest everyone to give it a chance. It’d be like watching a pilot of a show, in terms of length. Music is catchy, and most of the songs are pretty good. Nice rhymes and wit. Unless you hate people singing at you. Then you probably wouldn’t enjoy this as much as you could.

The biggest gripe? Gahhh its so short. If it was longer, who knows, it could have ruined the appeal. But that damn writers strike…