I have been putting off watching Doubt for quite a long time. The only reason is, in 2007, before the movie came out, I ended up seeing the play version for free. The play version of Doubt has only four characters: priest, old nun, young nun, kid’s mom. That is it. No children at all in it, so side nuns, nothing. Just these four characters and it was a very powerful play. A play that asked a lot of questions, made a lot of assumptions, and did it in a very simple format.

So I never really wanted to watch the movie, as I would no doubt just compare it to the play. Who cares how many awards it was nominated for?

And then? Then Philip Seymour Hoffman died. I still haven’t reviewed a movie with him since his death, but was able to get a Paul Walker movie within two weeks of his death. Even had a shitty Cory Monteith tribute review, kind of.

But Mr. PSH was kind of special, and I knew I just would have to eventually go and watch this movie for him, before anything else of his came out. I just knew it had to be Doubt. 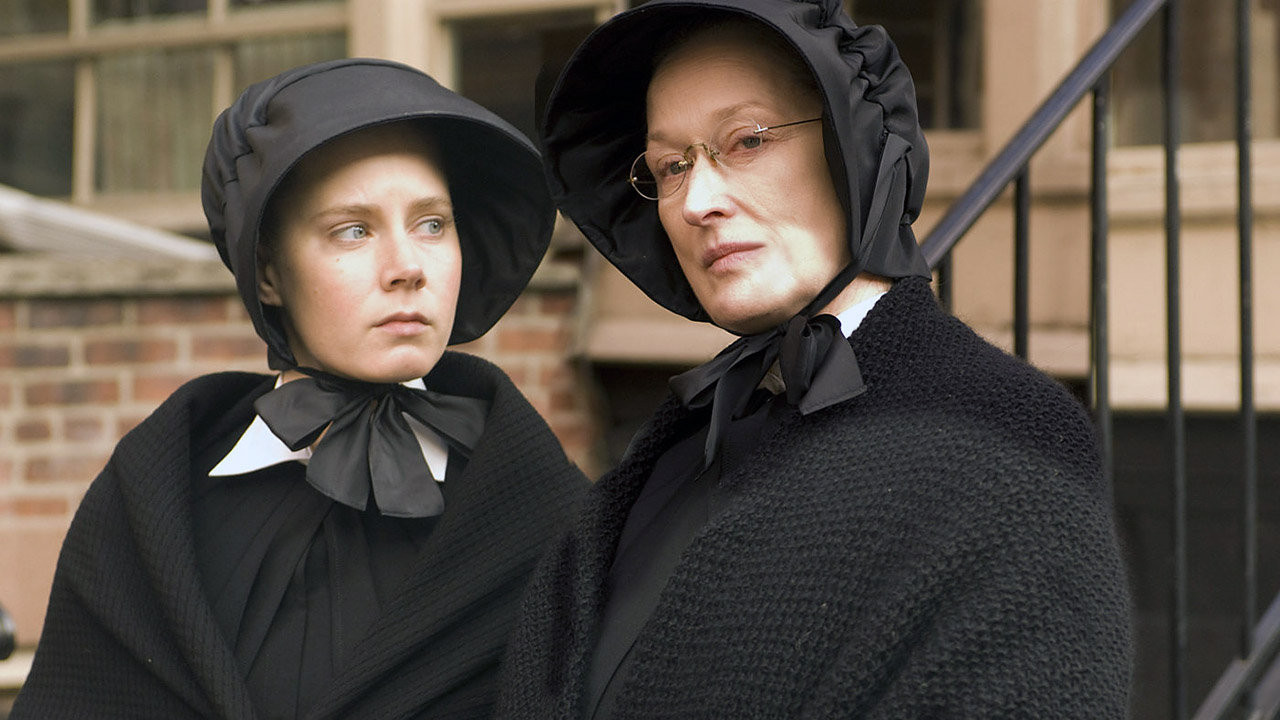 I guess you could say there was no doubt in my mind I would see this movie soon.

Doubt takes place in a land without cell phones, the past. I assume somewhere in the 1960’s, mostly because they are dealing with issues of segregation.

It also takes place at a Catholic Church / school, where nuns teach, and the word of God is rule. The most feared nun in the nunnery is Sister Aloysius Beauvier (Meryl Streep), who is the main nun and will have no shenanigans. She doesn’t want the church to get away from its traditional teachings, or give into technology, or all of that crap.

But then the school has its first black kid in its midst, a boy. They were worried the kids would be picking on him, but no one seems to care. No one, except Father Brendan Flynn (Philip Seymour Hoffman), who takes the boy under his wing, makes him an alter boy and protects him.

However, Sister James (Amy Adams), a fresh new nun, who doesn’t want people to fear her, notices something strange about the boy. He seems dejected. He seems to have lost whatever spirit he had. He seems to have…alcohol on his breath?

Doubt asks the age old questions, really. Is the Catholic priest conducting in inappropriate behavior with a student? If so, is their any proof? Viola Davis plays the kids mother. 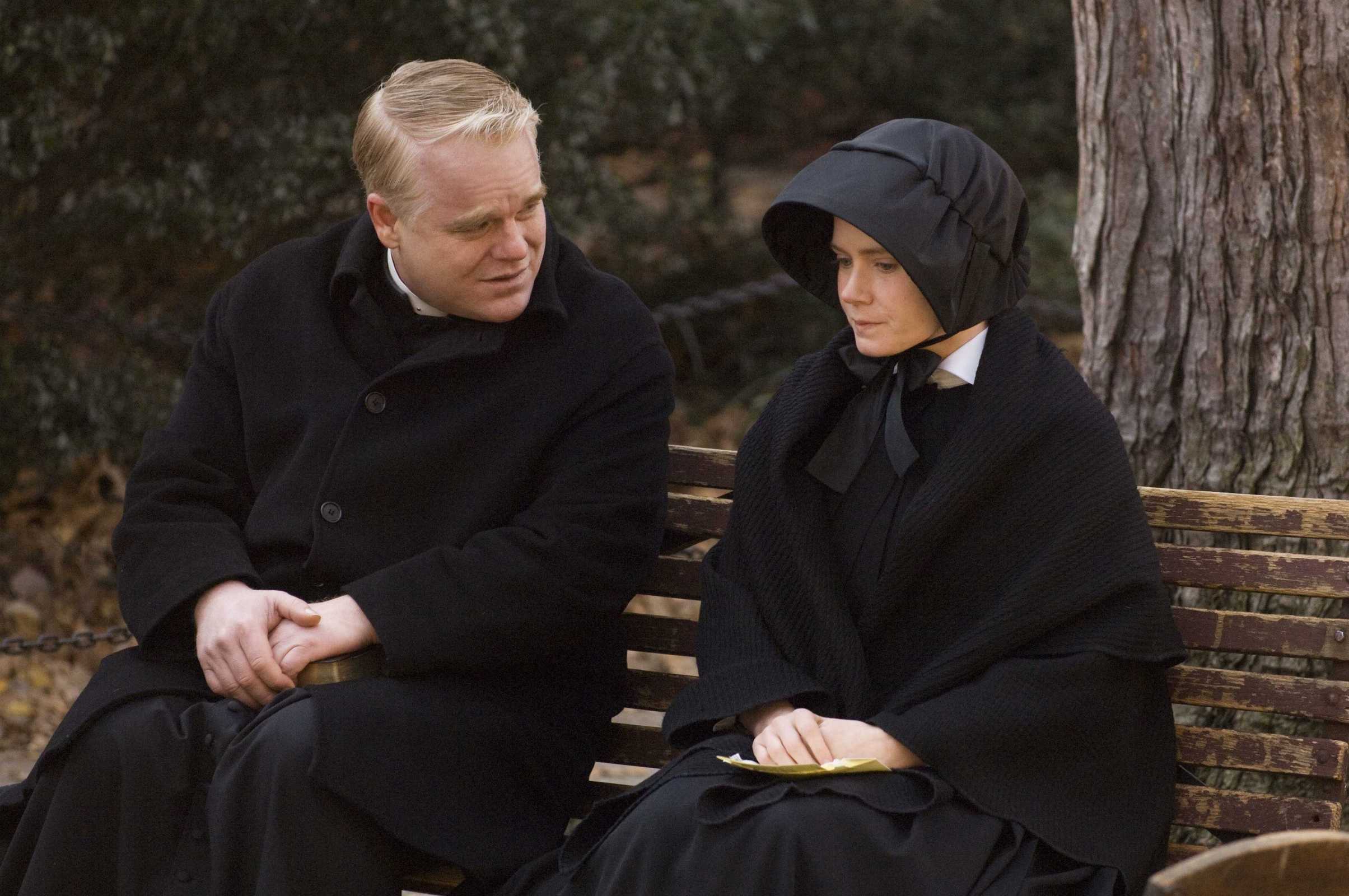 In honor of the play I obviously only tagged the four main characters.

For whatever reason, the movie felt very short. It was only 1 hour 40 minutes, but the first 20 or so are just character defining scenes to get you to know our cast, and the rest of it feels like only four or five scenes. The scenes are all very long with tons of dialogue (see: the fact that it was a play), and they are also incredibly intense. All four of the main cast members had their moments to shine in the movie, displaying a lot of emotion in a simple way.

Great plays make great movies. Simple fact as that. A nice watch, although again, the timing on it felt a bit odd while I watched it. Large cast was necessary I guess, but they could have given the kids less lines and made them mostly background characters.