Don’t Think Twice. Does that mean to live in the moment (and don’t over think things) or is it actually cautionary. Don’t think just two times man, think about stuff a lot.

Sorry, this intro is already bad, let’s assume I know that and move on.

I tried stand up comedy before. Just once. I attempted to turn stories I have told my friends for laughs into jokes, but unfortunately I just came across as pathetic. With that, my foray into stand up comedy was over, but it was still a good experience. Those stereotypically awkward people have to have some amount of courage and respect, to bare their souls on stage and hope people like what they have, dragging their bodies through hecklers and smelly back stages to rise to the stop.

It is a hard life and one I wouldn’t wish upon most people. 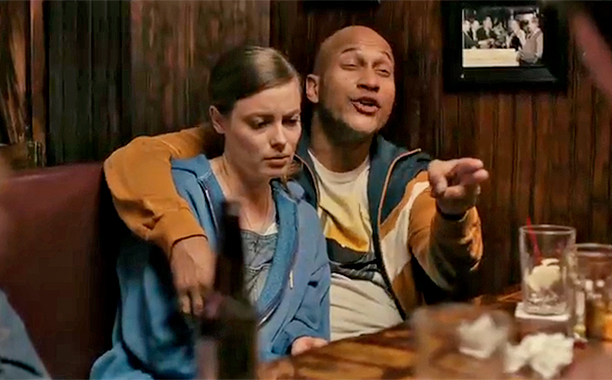 Especially those who make strange faces when pointing.

Being a stand up comic is hard, yeah, I know this because movie and television shows tell me all the time. You have to be funny, deal with dicks, you have to balance the creep/pathetic/fun line, and you get bad knees. You know, from all the standing.

The Commune is an improv group in NYC, made by Miles (Mike Birbiglia) a few years ago, and has moderate success. He also teaches improv classes, because he has bills to pay. Thankfully he also has a few roommates. The roommates being the entire rest of the group! There is Jack (Keegan-Michael Key) and Samantha (Gillian Jacobs), a couple romantically. Jack sometimes shows off, and Samantha is the emcee of the group. Allison (Kate Micucci) is a great artist, working on a graphic novel. Lindsay (Tami Sagher) has rich parents and thus doesn’t have to worry as much about survival. Finally, Bill (Chris Gethard) is our stereotypical comic looking guy who just exists and has bad things happen to him.

Things are going okay for the group, a bunch of funny people. They all want to get on the show called Weekend Live, basically Saturday Night Live.

And of course, one or more of them might actually get interviewed and make it on the cast. Regardless of perceived talent, experience, or anything.

How that fame changes the dynamic of their house and the group, who all want to reach their own goals is the real story here.

Maybe a little bit of improv as well. 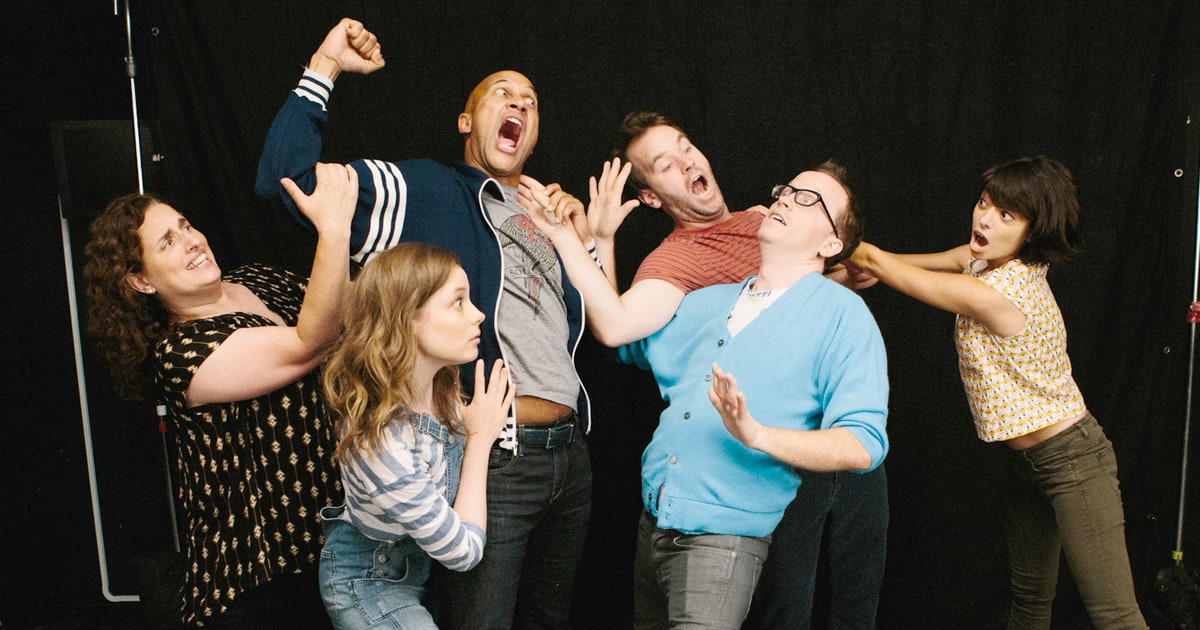 Oh my god, look at all the improv!

Don’t Think Twice features an impressive line up of comedians who probably all had experience with imrpov or being a stand up comic. And hey, as far as I can tell, none of them have actually been on Saturday Night Live, to give some more authenticity to it all. Unfortunately, a movie about improv also strangely acts like a film with mostly no improv at all. Outside of some hang out scenes, it feels very structured, having to get to the point it needs to make.

What points are that? Well, improv is hard, comedy is hard, and the world can be a cruel mistress that never lets you get a chance to succeed at just because of luck or timing. Yeah, real life sucks, which is why we go to movies for escapism. But it is important for these sorts of movies to exist as well, to give us an inside look at different ways of life and learn a little bit about the world.

I know, I know, if your goal was to learn about the world, you probably weren’t talking about improv comics in NYC. It becomes a more welcoming topic when you realize these are the type of people who eventually become our favorite entertainers. People wonder why comedians kill themselves, suffer from depression or just are simple pessimists. But the road to success is full of trouble and knowing that can help one understand why people become hard or distant.

Don’t Think Twice is real (and realistic), decently funny, and a bit sad. I was a bit disappointed with the chemistry between our improv troupe, they didn’t always feel like a group of friends who lived and worked together. For those who like comedian though, this sort of film is a must watch and help put a little piece of the world into perspective.