Skip to content
HomeUncategorizedDiary of a Wimpy Kid: Dog Days

Finally. Finally I can say I am the last Diary of a Wimpy Kid movie…or am I?

This version, Dog Days, takes place after seventh grade, but during the summer before 8th. Shit, that means if there is only middle school for these books (guess), then they can still do another one next year.

Four movies in four years, kind of ballsy. Or maybe it is just easy for this type of ‘epic novel’. 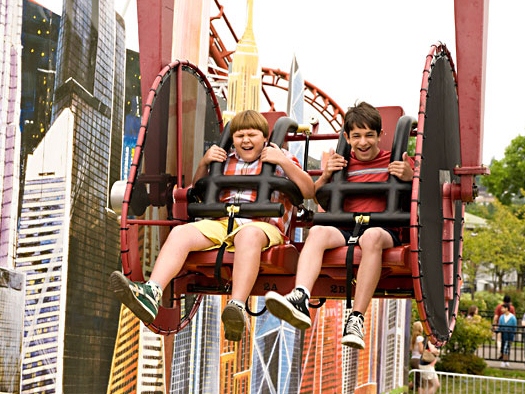 Summer? Time to get fucked up and ride some rides.

So yeah, get stoked, time to meet up with Greg (Zachary Gordon) again! But now that school is out, he has one goal, to play video games. Lamely enough, he is playing some dumb wizard game, and apparently thinks it will take all summer to beat it. Well, maybe he sucks at life.

But his dad (Steve Zahn) is not a fan. Summer is good weather so he must be outside! Physical fit stuff, oh well. And he better not piss off his dad this summer, because he just learned about some prep/obedience/military? school that starts in the 8th grade. You know, which Greg is about to be in. So of course Greg fails to get his game on after the first day, and pisses off his dad. Oh well, according to the mom (Rachael Harris), it is partially the dad’s fault. He needs to spend time with his son!

But they have nothing in common. Camping, reinactments, fishing, blah. Thankfully, Greg lies again and says he has a summer job at the local country club. But really he is just going there as Rowley’s (Robert Capron), trying to impress Holly (Peyton List), by lying to her a bunch. She meant to give him her phone number, but never finished writing it. Unfortunately, throughout the summer Greg is too much of a pansy to bring that up and get the missing digits to actually get his girl.

Rodrick (Devon Bostick), despite what happened in the last film, is kind of a dick again, and uses his brother to get into the country club.

Can Greg not screw up everything he touches, and get a good relationship going with his dad? 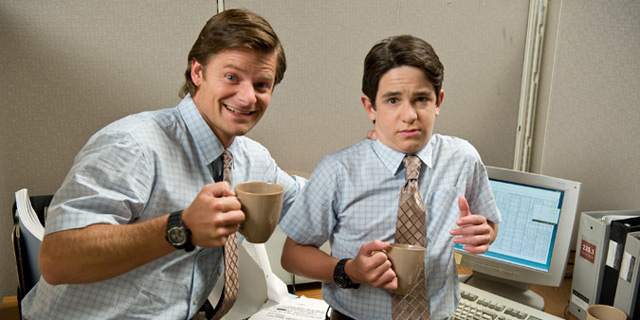 I can’t tell. They look pretty much the same, so they must be awesome.

Remember what the sequel did with the first? It made it better, and also feel more realistic. You think both Greg and the brother grew with that movie, and it felt kind of awesome. Well I think that is what they meant to do with this version. But instead of the boy and older brother relationship, it would go to the boy and his father relationship.

Don’t get me wrong, it definitely happened, but the execution felt wrong. Just felt wrong the entire time. The threat of boarding school, and Greg’s inability to not be a dick. Like, he made progress in the last movie, but it is almost as if they were just kidding and no progress was made at all. His brother was kind of a dick to him (not as complete, but still not very nice). Just felt like they robbed the characters of their development.

Literally nothing really goes as planned in this movie, and to me it seemed like that most of Greg’s actions were caused by an inability to think, even though they generally portray him as a bit smarter of a character. But nope, bad choice after bad choice, and still, despite learning lessons in previous films, wanting to be cool and treating his friends like crap.

Way to go Greg, you really are starting to suck. Other minor announces, like Patti yelling out the score during tennis, and scoring it wrong (but seemingly correct? She was calling shit a point that wasn’t close to being a point). Also, Greg’s inability to get the last two digits of Holly’s number, all because he couldn’t just say, “Yo Bitch, finish that message”. Especially if he was right by her, and other people were talking that involved neither of them, he couldn’t figure out how to talk on his own I guess. Just made me pissed off.