Have you heard of this movie? Crazy, Stupid, Love, it has tons of bigger names in it, and some lesser names that might be big one day! This non-R rated Comedy/Romance has a few stories in it, that are kind of connected. Not like the bullshit Valentine’s Day movie, much much less stories. I’d put a max of 3 stories for this one.

Let’s see, the movie begins with Julianne Moore telling Steve Carell that she wants a divorce. Why? Because she slept with her coworker, Kevin Bacon. 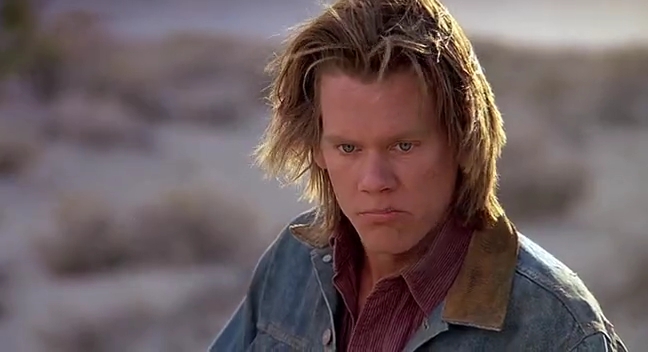 I am pretty sure most marriages nowadays have a “sleep with celebrity” clause in it though.

This causes some vehicular shenanigans, and going home early. Sure, their marriage is also in shambles out of boredom and apathy, but the Kevin Bacon part is more important. This makes their son mad, but the babysitter, Analeigh Tipton, glad, since the kid is totally being a creeper. She doesn’t like the divorce though, but goes back home to her family, where her dad is played by John Carroll Lynch, or that guy who played Drew Carrey’s brother.

At the same time, Emma Stone is having to turn down the advances of one suave ladies man Ryan Gosling, because she is dating Josh Groban at the law firm!

Man, that set up took a long time. So the movie tells of Carell meeting Gosling at the bar, and learning how to be a better man (and by better man, I mean pick up chicks and be exciting). All while Carell has to help teach his son that love is real, to pursue his dreams. I won’t get into any other complicated relationships that happen, because they are all awesome and spoil shit.

The movie goes at a much slower pace, but it is definitely worth it. Pretty much all of the characters that matter are dynamic and change throughout the film, so it is great to watch their transformation.

If I could, I would change the ending though. The big climatic ending takes place at the sons 8th Grade Graduation, which is lame on its own. I skipped mine because of the pointlessness of it. The speeches didn’t feel like they fit the rest of the film, especially since they would have been stopped in real life. Which the movie seems pretty real, up to that point.

It also kind of sweeps under the rug all the problems their marriage have, and I guess is willing to ignore them. Sure, he seemed to stop trying. But why should he have had to go crawling back because she cheated on him? Why does the guy always move out?

Not to mention the part right after the graduation where there’s some possible sex offender stuff going on.

Overall, the movie is probably the perfect mix of cute and sexy.