Alright, fine. Disney is going full money grab. Disney Princess line is a success. Frozen has made multiple billions from sales and merchandise. They have bought Marvel and Star Wars. They want all the money on the planet, that is the only way to describe them right now.

Because if they keep making live action movies of their animated classics, they get to print even more stacks of cash out, keep up any copyrights they have (totally researched argument, this could be a false statement), and re design the character as see fit. After all, most of the early princesses are pretty passive people and terrible role models for women. They can make all of these women stronger independent ladies. They can make the movies more exciting or just tell a better story.

The first attempt was Maleficent, which I thought was terrible. The changes they made (all of it) were terrible, and instead of getting a bamf villain, we got a misunderstood fairy who spent a third of the movie just watching a girl grow up. We are getting Beauty and the Beast which I already have issues with casting wise, but I will tease and not talk about it until that review comes out in 2016 or whenever.

So now we have Cinderella, which for the most part, looks to be the exact same story. Maybe some more details, but exactly the same story with all of the same songs. Wait, what, no songs? 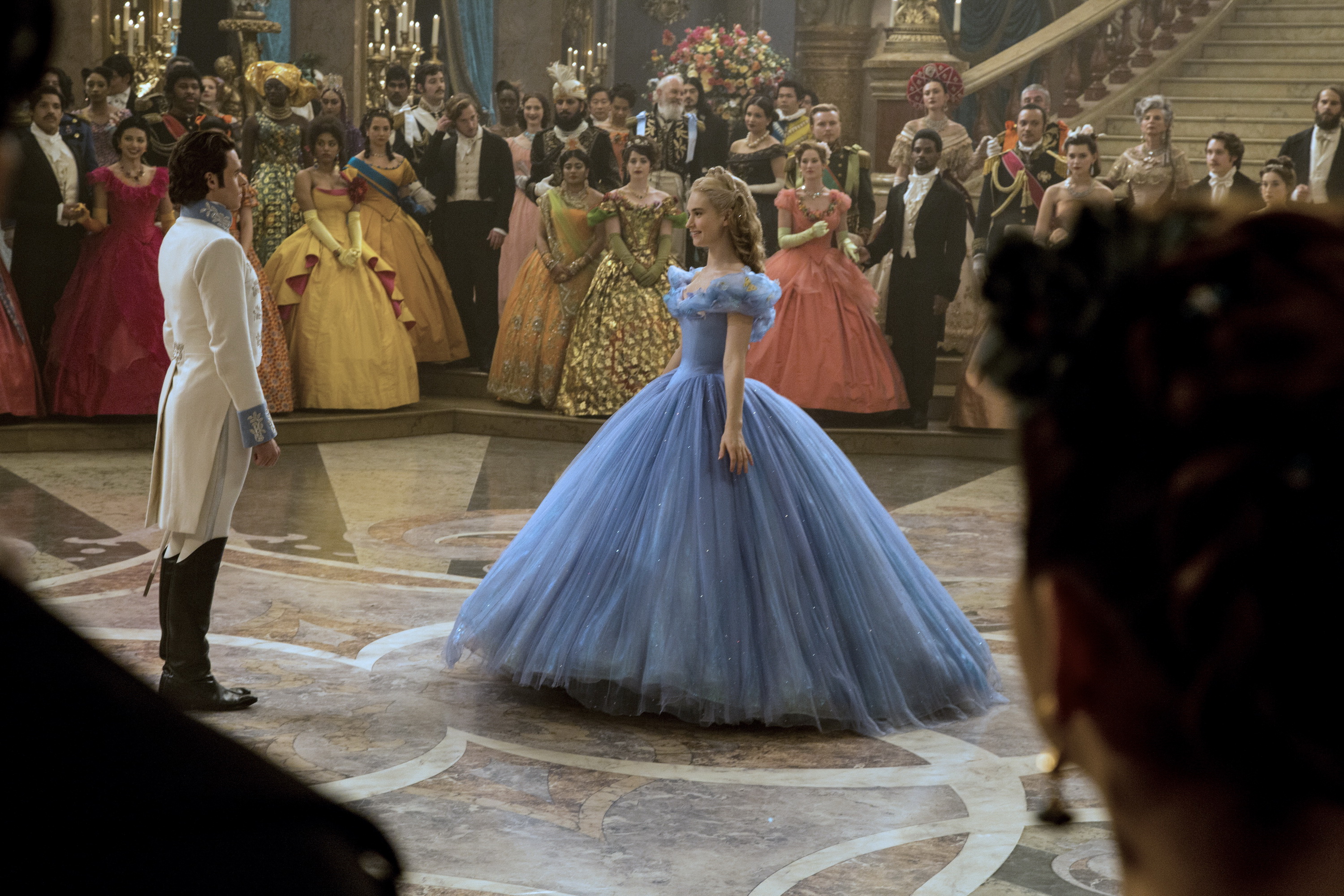 We are just getting fancy dancing? WHO WILL SERENADE ME?

Ah little Ella (Lily James). Living on her slightly big house with servants and shit. A loving family. Her dad (Ben Chaplin) is a merchant w ho goes on trips a lot, leaving her with just her mother. Did I say mother? Just kidding. She died. She told her to always be good and nice to people, because that was her gift.

Eventually the dad was feeling a bit lonely and he also wanted to be nice. So he heard about a lady who needed help, who was also now a Widow with two daughters. He wanted to marry her and move them in so that Ella would have friends and a family again.

Hah. Just kidding. New mother is a bitch (Cate Blanchett). New sisters are whiny bitches (Sophie McShera, Holliday Grainger). And of course her dad kicks the bucket too while he is out on a trip. Fuuuuuuuuuuck.

So they are poor now. They have to let go all their workers leaving just poor old Ella to make the food, clean the dishes, and help her “family” have some sort of luxury. She is too gosh darned nice.

So when the local Prince (Richard Madden) is going to have a ball to find a wife before the King (Derek Jacobi) croaks. Of course Ella can’t go because of bitches. Then we have a fairy godmother (Helena Bonham Carter), transformations, glass slippers, running, big search, and maybe some more shenanigans you don’t even know about.

Also with Stellan Skarsgård as a Duke and Nonso Anozie as a captain! Wait, no, his name is officially Captain it looks like. 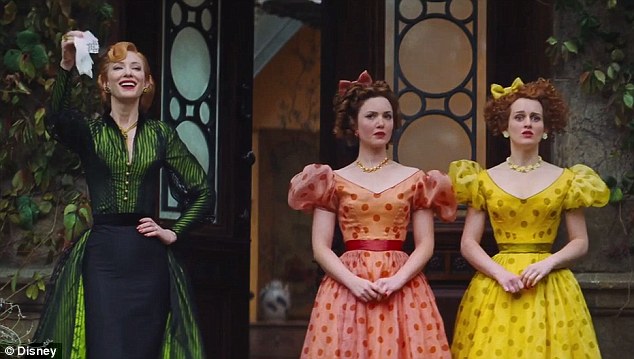 Yep, none of them are blonde, therefore they are all evil.

It turns out, Cinderella doesn’t have a lot going on with its plot. I mean, in its basic form, girl is living with step family, doesn’t get to have fun. Some magic happens, she gets to have fun, and a Prince saves her and they live happily ever after. Not a whole lot going on for Ella. She just cleans a lot and is really nice. Fuck, so many times watching the movie, I was just thinking that she should just lock her fucking house doors when they go out to town and be done with it all.

But her niceness meant she just had to get shit on for years or months or however long the time line happened? Man. What a beta.

Okay, boring character aside. Boring plot aside. They don’t really change anything at all from a story sixty five years ago. They have a bit more back story and some more late game scheming, but literally nothing new and so it isn’t a surprise.

The only people who seem to have any amount of personality are the bad guys!

But despite all of it, is is indeed a pretty movie. Visually stunning, outside of one terrible CGI scene involving the pumpkin to carriage (it was gross and the humans looked fake during it), it was just an incredibly beautiful film. They really did great work in the costume and make up department, so you can expect an Oscar nomination there. Overall though, just too much filler and time wasting, especially at the ball.

Also, I feel uncomfortable with Skarsgård having a biggish role in a PG movie after seeing Nymphomaniac.