The title (Caught in the Crossfire) and synopsis of this movie definitely tricked me into what I thought it would be about. I was expecting a more violent, crime riddled, action movie. Instead it went the crime drama route. Most of the movie also is actually told via flashback, as the two main lead detectives try to explain the events of the last few days, in their search for both a cop killer and a corrupt cop at the same time.

Caught in the Crossfire? More like, After Being Caught In The Crossfire. I dislike the tense differences between the title and how the movie told its story, is all I am trying to say. 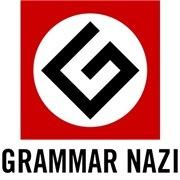 Scratch that though. I’d be a horrible grammar nazi, as any reader would be aware.

But really. If a movie is told in flashback, then there are certain things the viewer can take for certain. The people telling the story will never die. If this is an action movie, we have to think “hey, there is a group of people. They are fighting other groups of people. Who will get out alive?” Then add in flashbacks, we know exactly who will get out alive throughout most of the story. That takes away any suspense fight scenes try to add by being dangerous and make it kind of pointless. Yes, this is not true if there is only one action hero, as he obviously will make it. But two or more? I am willing to accept someone dying. Especially if they are trying to stop a cop killer.

It was weird seeing Oz from American Pie all grizzly and mature, and you know, throwing down some bad language to “get deez gues” but he did it fairly well. 50 Cent played a drug dealer informant. That fit well for him. The other cop was played by Adam Rodriguez, who has not been in a lot (but apparently is the guy at the beginning of If You Had My Love music video).

A lot of it was cliched, and generally I was bored. But some parts were good.