I was looking forward to Cats! When the trailer dropped, I was giddy with how ridiculous it looked. People bad mouthed the CGI designs, which I can see, but I figured I’d get used to it.

I love musicals, so I was excited to see a new musical on the screen, especially from an established property. I knew very little about it, except some cat names, and the song Memories.

But most importantly, I saw the movie Six Degrees of Separation, based on a play of the same name, with Will Smith in one of his first film roles. Why are they related? Because there is a long discussion about the musical cats being made into a movie, how it could not be done, and with Ian McKellen‘s character trying to get a role in the film.

It took 26 years, but he finally got that role! 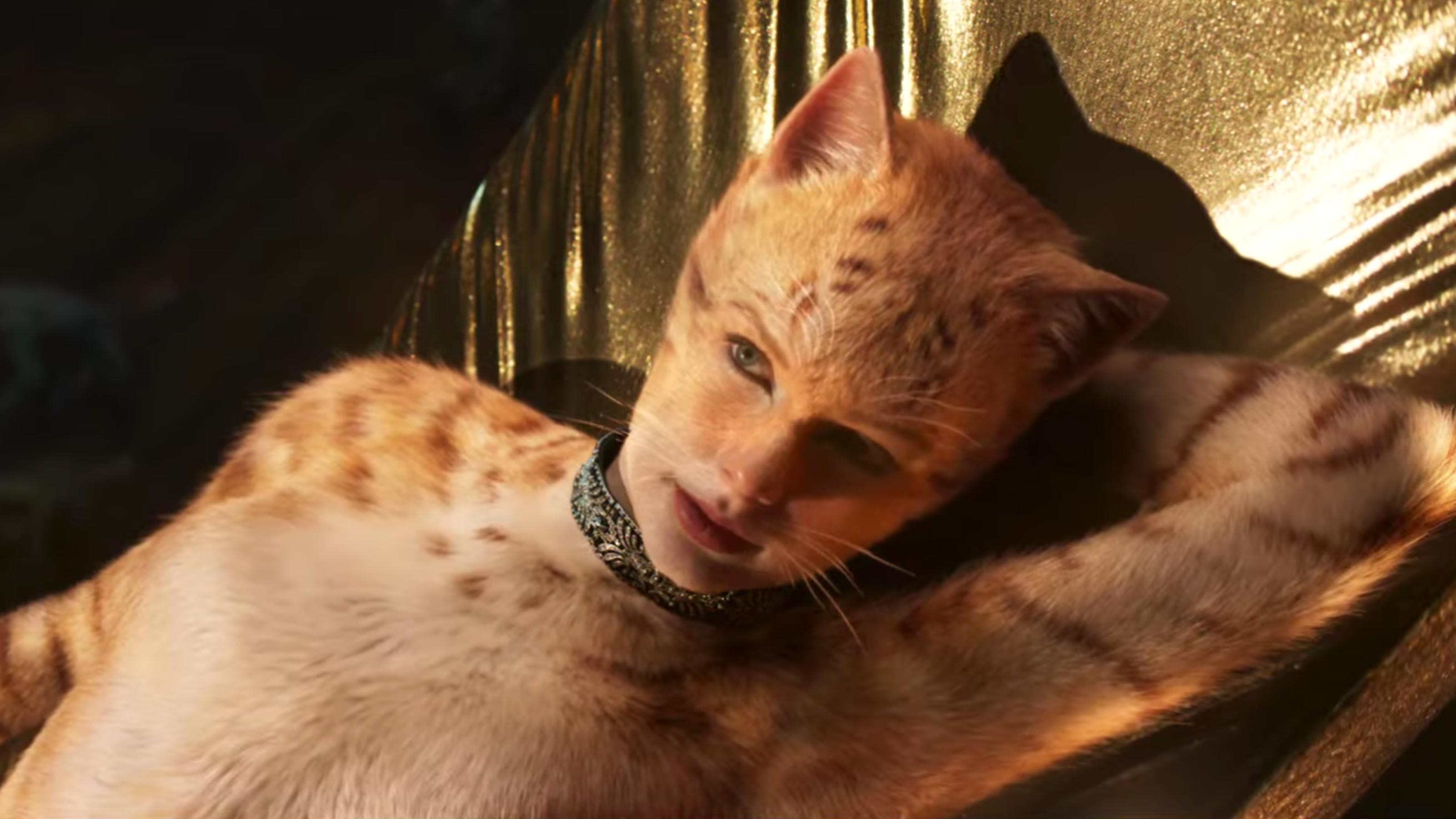 Alright, so in this movie about cats, there is kind of a plot?

It takes place in the alley’s of London, where every year, these cats gather together and do a singing competition, where one of the cats is chosen one! The chosen cat gets to arise into the heavens and be reborn. There is a lot they could do about that plot if they wanted to, like questioning motives and stuff. Maybe something like Logan’s Run!

But they don’t, we and they accept all of this. We get to be told their story, because a new cat, Victoria (Francesca Hayward) gets thrown into their ally from a bag, abandoned on the same night of their festival. So we get some narrator cat Munkustrap (Robbie Fairchild) to take her under the wing and introduce people.

These cats are all about their names and having a purpose in their lives. There is a cat for a very specific focus, and I guess that is it. Only some cats want to be reborn though, and for what reason is mostly unclear.

Anyways, a lot of cats get together to sing about themselves, and one cat, Macavity (Idris Elba) is a bad guy cat who wants to eliminate the competition so only he remains.

More Cat Boobs.
Assumption: I will get used to these CGI looks for the cats and maybe the trailers weren’t just super polished.

Reality: Oh my goodness, these CGI looking cats look terrible. Why did they not do cat costumes!?

Yes, it is really distracting/off putting. I can see a lot of work done on most of their faces, but the rest of them, neck down, just feel like poor animation for the most part. When they are doing elaborate dance numbers, taps, or flips…it does nothing for me. I don’t know if there are real people behind them doing that. They might be! They probably are! But it also feels like it could be completely animated and just a face, which makes it zero levels of impressive.

It makes sense that the main song people know is Memory. It is probably the only song in the entire musical that isn’t very repetitive and full of a cat’s name over and over. Wanna know which song is sung by Rum Tum Tugger? The one with his name a whole lot. Shit, Pokemon execs probably saw Cats and thought them saying their name a lot was a good idea and launched the biggest multi-media franchise of all time.

This is a movie that is just a lot of introductions, and eventually it ends. It is visually appalling to watch not amazing CGI cat bodies dancing in front of pretty bad CGI backgrounds.

And one final note, how many times do they sing Memory in the musical live version? I feel like it heard it three times, or maybe one of those times was extra long. It did not have an amazing impact on me at the end when I already heard the thing 40 minutes prior. Such a strange decision.

Easily one of the worst films of the year, and a shocking (because of my naivety and love of musicals) one at that.