I don’t think the readers here are ready for this. I just don’t.

A Spanish movie, made by Americans, in America. Where we speak American, damn it!

First time I have put up the language tag without the “Foreign” tag. Because this is all USA baby. Just in Spanish.

Yeah, you were not ready for Casa De Mi Padre. 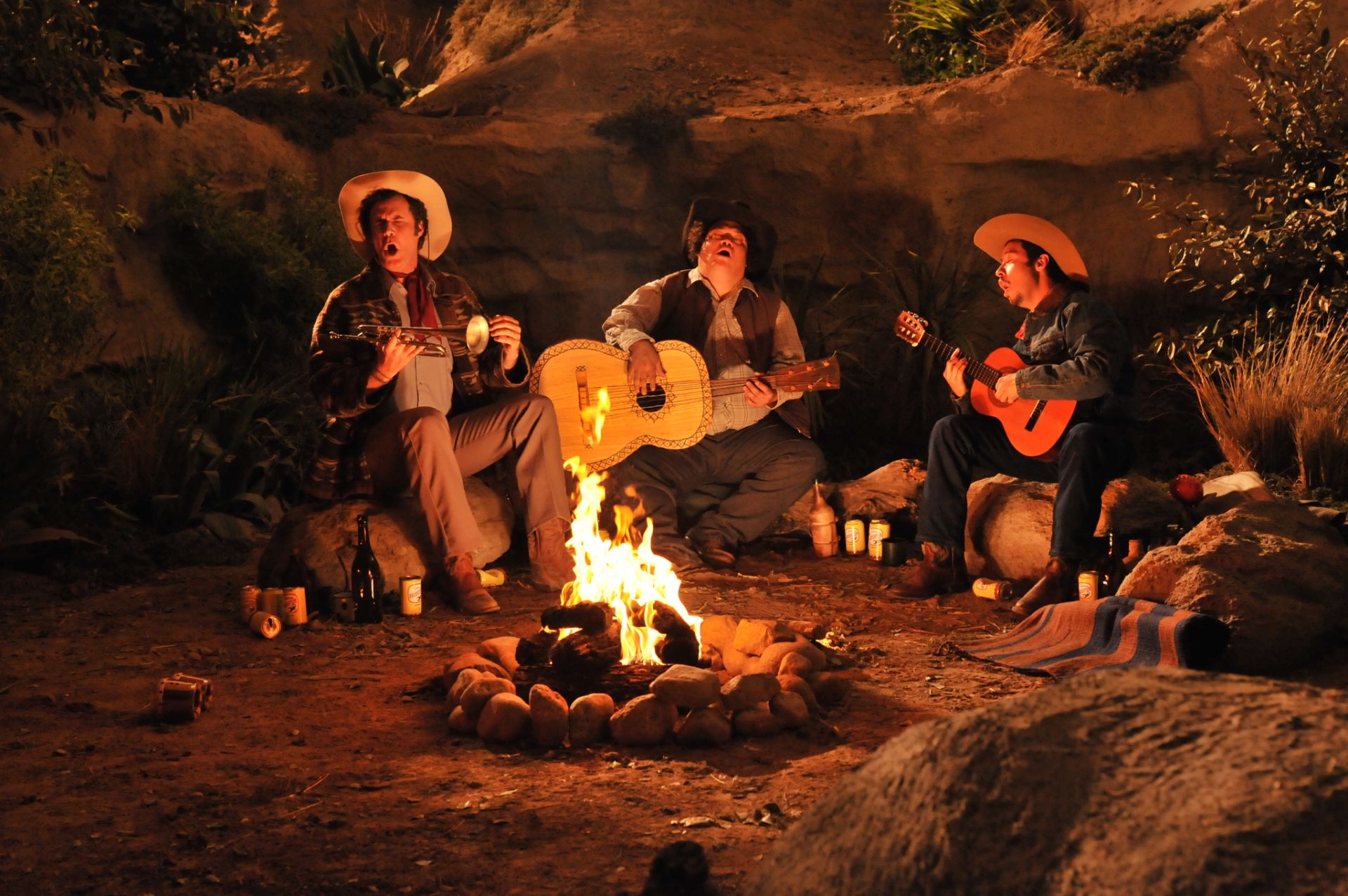 Armando Ernesto (Will Ferrell) is the not so smart son of a rancher, and has lived at home his whole life. He has simple needs and pleasures, and loves spending times with his other ranch hand friends, Esteban (Efren Ramirez) and Manuel (Adrian Martinez). But his father, Miguel (Pedro Armendariz Jr.) is upset about something, but won’t tell his son about it, mostly because of his incompetence.

But thankfully, Raul (Deigo Luna) returns! Raul is the younger brother who left home some time ago and he looks rich and successful. Huh, wonder where it all came from? So does Armando. Miguel doesn’t care though, because his younger son is a smart man. Not to mention he brought Sonia (Genesis Rodriguez) and plans on wedding her the next day. Hooray, family growth!

Armando is super suspicious of all of this and of Sonia, she just looks like a money grabbing whore. But of course the suspicion leads to spying, and secret jealously and love. Come on Armando, don’t screw your brother like that. Even if he actually is dealing with drugs, and thus has the local cartel leader Onza (Gael Garcia Bernal) coming by to kill everyone, and also problems with the US DEA agents like Agent Parker (Nick Offerman). 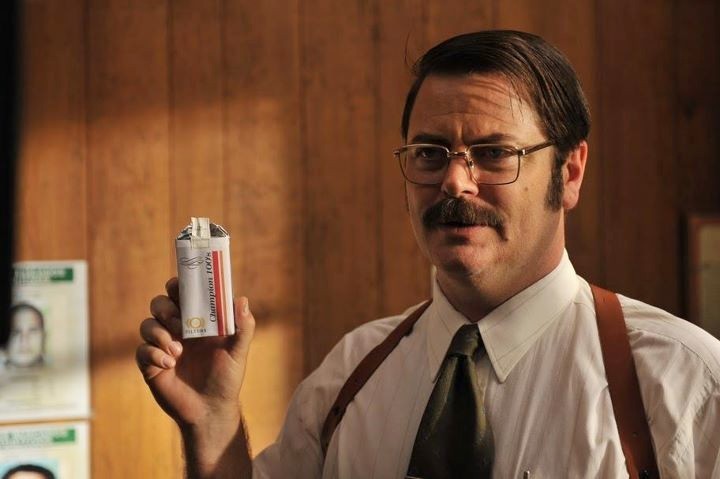 Just by saying Nick Offerman, you should know exactly what kind of character he plays in this movie.

Alright readers, it is very possible I too was not ready for this movie. I just expected a normal comedy, set in Spanish though. I am fine with that. I don’t hate that. It’s weird, but could be good too. But what this ended up being is a larger parody/satire on the entire telenova experience, which is something I have definitely never experienced. Sure, I heard they were overly dramatic, basically soap operas amped up a bit.

Quite a few jokes probably relied on realizing the ridiculousness of it all, and this movie adding even more to that fact. But without knowing that? There will be few laughs. I noted that there was badly edited scenes, one in particular I loved was this fight scene involving coyotes and pumas, but the real humor will come in the smaller details. The scenes keeping the camera on the persons face just a little bit too long. Pretty much all the scenes just going on a little bit too long. Not to mention people getting offended quite easily.

Oh and the songs. There are two and there songs out of no where. Probably common place in Mexico, I don’t know. Hell, the Spanish might not have been real Spanish and I wouldn’t even know. So many layers of comedy I just couldn’t get, I think I have to watch this movie a second time to get a better grasp on it all. But for now, lets keep it neutral. Definitely a different film experience than you are used to from Will Ferrell.