Thank goodness this film is called Burnt. Based on the title and poster, of Bradley Cooper in a chef’s outfit, I can make inferences though. It is about a angry chef, that was wronged and he wants revenge. Maybe. He could be a Gordon Ramsay like character and his life could come crashing down.

I am happy it is called Burnt, because it used to be called Adam Jones. Movie titles where it is just a fictional characters name are already bad ideas, because they don’t mean anything. And if you character is Adam Jones? One of the plainest damn names of all time. It didn’t feature a cool name like Enrique, Pierre, or Sadrik. Just Adam. Jones.

Naming aside, it turns out Adam Jones wasn’t the original name either. The original name was Chef, and we all know why that title was eventually changed. Hell, the plot of Chef was the first thing I thought of when I heard the word Burnt. As long as it is as good as Chef, we should have nothing to worry about. 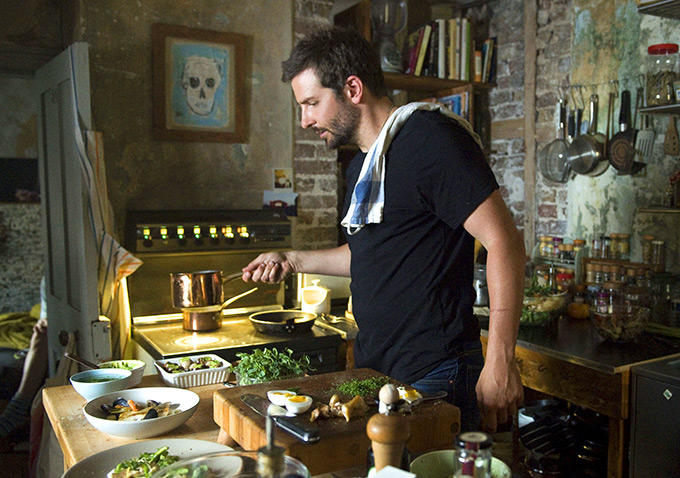 Hey, it has food in it! Another similarity!

If you didn’t already guess it, this film is about Adam Jones (Cooper)! Turns out Jones used to be a big deal. He lived in Paris and worked for one of the finest restaurants and eventually its head chef. While he was in Paris hear earned himself TWO Michelin Stars. Which is a pretty big fucking deal. But he did some bad things. He was on almost every narcotic, and it messed with his brain. He burned bridges and disappeared from his friends, his coworkers and lovers.

He actually put himself into exile. He shucked oysters for two or three years in New Orleans, getting clean, sober, and his focus back. And now he is ready to take the cooking world by storm again. This time: London. He wants the third Michelin Star. He wants to be one of the all time greatest chefs. He just has to try and reconcile a lot of relationships and find good talent to help him get there.

Obviously it won’t be easy to fix all the issues. He left Tony (Daniel Brühl), a Maître D’ and close friend, in a shambled restaurant. He ruined his good friend and former sous chef, Michel’s (Omar Sy) new restaurant. There is the daughter of his former mentor, Anne Marie (Alicia Vikander), who he was dating at the time. He has a now rival chef, Reece (Matthew Rhys), who used to be a coworker and is now a Three Star chef. And there is Helene (Sienna Miller), a great young chef who he wants to take under his wing, but refuses to work with the guy based on his reputation. She also has a daughter, Lily (Lexi Benbow-Hart).

Here are some more important-ish people. Some of his new chefs are played by Riccardo Scamarcio and Sam Keeley. Emma Thompson is a psychiatrist who has to monitor his blood for any narcotics. Uma Thurman plays a big deal food critic in London. And Sarah Greene is the Hostess for their new restaurant, basically a little Tony. 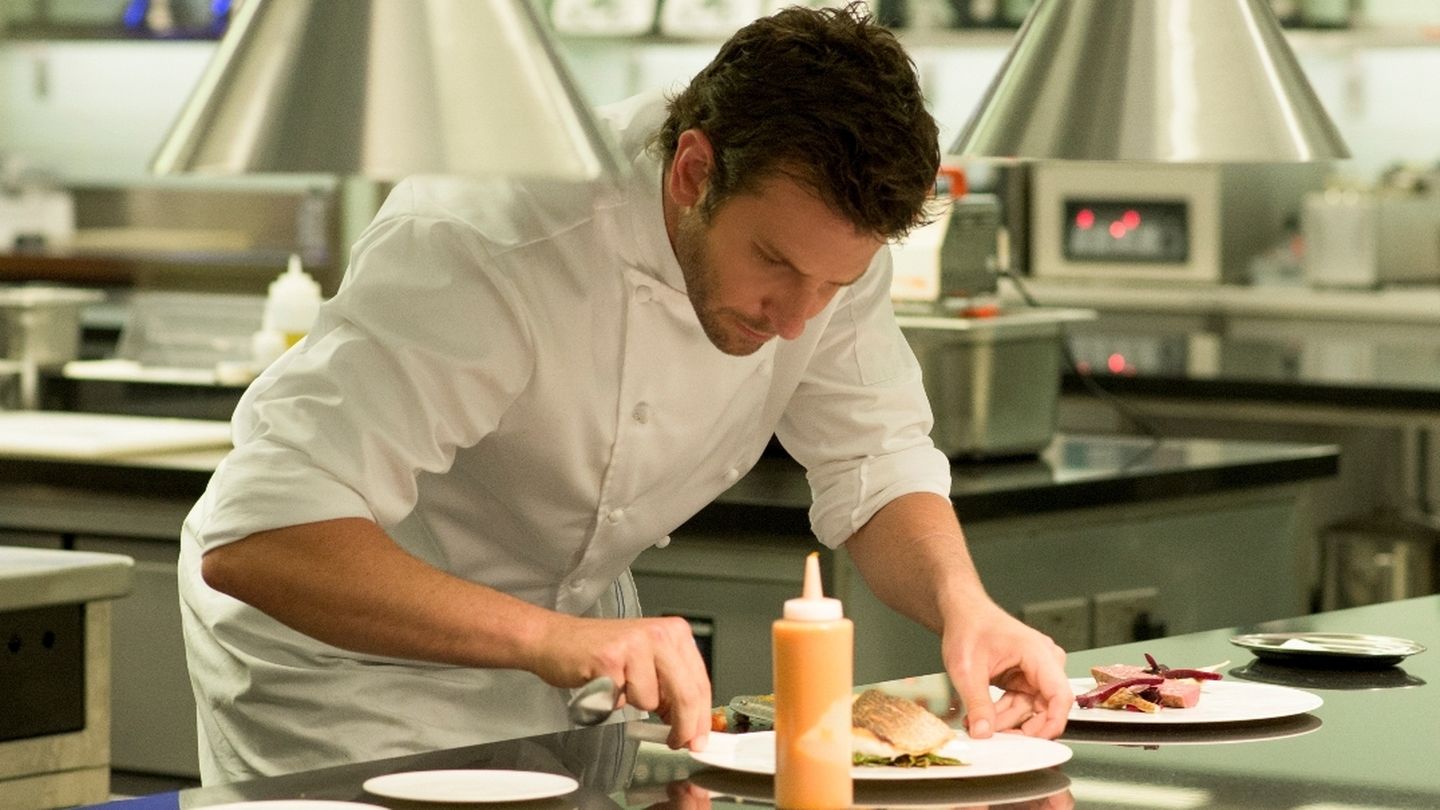 If I get a plate that has fingerprints on it, I send the whole thing back, personally.

It turns out that my guess on him just being Gordon Ramsey was pretty accurate. Not British Gordon Ramsay, but American shitty TV Gordon Ramsay. He owns like 3/4 of Fox reality shows at this point, and Fox has the worst reality shows. They commercial break at tense moments or cliff hangers, they encourage language just so it can be bleeped out, and half of the episode is a recap, or the intro/outros that transition with the commercial breaks, which tell you what you will see and what you just saw. Except this is a movie where adults can see adults do adult things, so we get to hear the glorious Fucks and so on. One long scene early on during a particularly upsetting service, it is like just a big Hell’s Kitchen break down.

But thankfully after that moment, it gets better. He becomes less Ramsay and more actual character. He has growth in this film, he does’t yell 100% of the time, but he maintains the same passion and drive throughout. It was nice to see his highs and his lows. It was not as nice to see his stunt double clearly in one scene, and in another scene, have his face bloody with a piece of skin falling off and in the next scene a minute or two later, magically only a small cut. Those were dumb moments.

I think Cooper did a good job leading a film that wasn’t a straight up comedy. His French was also surprisingly good, that is, to a lame American’s ears at least. Thankfully, the rest of the cast was really great as well. Let’s give them their own sentence, shall we?

Miller was good as the main female lead, and she wasn’t a typical romance pretty face – she rocked it. I usually see Brühl in more interesting roles, but he helped carry the film and the restaurant with his simplestic and seemingly perfect performance as the best Maitre D’. Sy I don’t see in a lot of films, but this is the second French-ish role. His character had nice surprise and intense moments. And Rhys was a limited role, but brought his own unique intensity to it all.

Yay acting! Are there cliches? Sure. But it is a well done cooking movie that doesn’t make one feel stupid for not knowing how the fancy foods work. It tells a fun story and doesn’t turn into a sappy romcom ever. Yay food!