Skip to content
HomeUncategorizedBucky Larson: Born To Be A Star

This movie, Bucky Larson: Born To Be A Star, was a bad idea, and I am pretty sure everyone in America knows that. Even the actors. They got into a meeting and said “Lets make a bag of shit. And then drop a book on it so it splatters funnily. We will call this art, a Jackson Pollock.”

Or at least I hope so. Even this ad campaign that I just found out about was made, and it is horrible. There are a bunch of these videos, and they ran for a few days before it came out in theaters. But apparently they were pulled for being too damn sucky, a whole week before the movie came out.

So he decides to go to Hollywood and become a star, just like them. He meets Christina Ricci at a random diner, and she hooks him up with one of her friends who needs by roommate. The crazy roommate played by Kevin Nealon.

Eventually he finds a gig with a producer (Don Johnson) who used to know his parents, hoping there is a nostalgia audience out there for a quick buck. Turns out people love the movies he is in (because yes, he has a very small dick and it makes the women feel better about their men, and the men feel better about themselves). Can his new stardom take him out of Dick Shadow’s shadow (Stephen Dorff)? 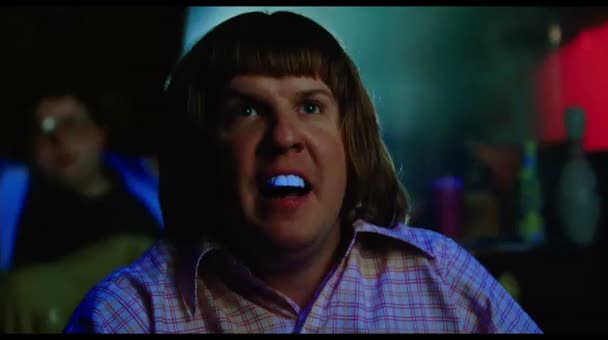 Above: An Idea Thought To Be Good

This is probably the lowest IMDB rated movie I have reviewed thus far. Way lower than the Twilights and other “bad movies”. People hated it. Understandably so, because this movie is horrible.

But what are the positives? Kevin Nealon was hilarious. He was in maybe 5 scenes, where he was just bad/controlling/weird roommate to Bucky, like in the clip from above about grapes. And they were fantastic. Also Christina Ricci was super wasted in this movie. Bad news for her career. This movie is bad enough, but with Pan-Am getting cancelled, she has nothing now, which is a sad day for America.

But yeah. Dicks and tits are in this movie, as expected. And a lot of it is pretty gross.

1 out of 4
Tags:1 out of 4, Bucky Larson: Born To Be A Star, Christina Ricci, Comedy, Don Johnson, Kevin Nealon, Nick Swardson, Stephen Dorff