When you look at Brother’s Justice cover, you will think “Huh, some action comedy movie with Dax Shepard? There is no way this is good.”

If you do think that, then congratulations, you agree with Jon Favreau! 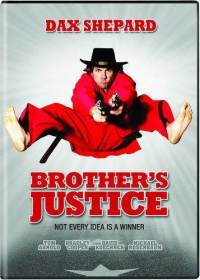 Commence forming opinions based off of cover…now!

When I read the back, I thought it was even dumber, so of course I went to watch it. This is a “mockumentary” but involving real people. Dax Shepard is done with Comedy, Employee of the Month was the pinnacle of his acting and it is all downhill from there. He wants to be an action star, not an action comedy guy, just straight up action. He comes up with the movie title “Brother’s Justice” and not much else, but decides to try to pitch his idea. He gets his friend and producer Nate Tuck to go along with him, 75%/25% split, to get this movie and idea made.

So, I think msot of the actors in the movie are in on the joke. Bradley Cooper and David Koechner definitely are. Tom Arnold super definitely. But I think Favreau, Ashton Kutcher, Carson Daly, Teen Choice awards are the only real people who weren’t in on it. (Famous wise that is).

A few of the interactions were definitely hilarious. The first Arnold scene, the Kutcher home invasion. But most of it just fell flat. The viewer doesn’t understand the purpose of it that much, and also won’t find any of it real. It seemed a bit too long too. At 80~ minutes. There were fake trailers in it as well, of past failed projects, but they all pretty much were “mehh”. 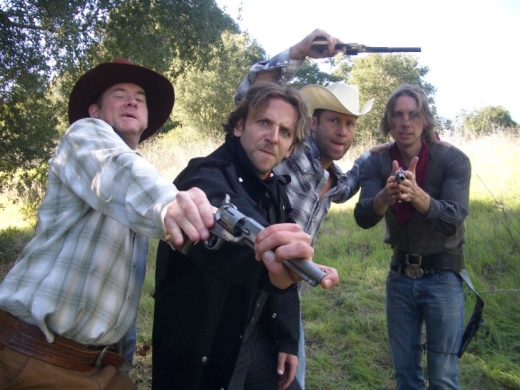 Jeung Guns behind the scenes.

Although it contained interesting elements, it mostly just felt like filler, or some sort of TV show. No one is going to watch this and call it the best film ever. I also think it has 0% favoritism on Rotten Tomatoes, but who cares about those guys, right?