Between The Darkness, formerly called Come Save The Night, is a straight to VOD film that deals with another home schooled family in the woods.

These have become popular lately, with our recent films like Captain Fantastic and Leave No Trace. Why not be off the grid and live on your own? Why do we have to conform to society?

Now this is a much more indie film than those other two, which also were really indie. It doesn’t also have big names attached, so it can maybe tell an even more intense and dark story.

But I will say now while watching, that I figured out why I was asked to review the film by the company. And it is a unique reason. This film has the word Gorgon in it. It is used a lot, actually, and referring to the real mythical creature, not some other version of Gorgons like in Small Soldiers. And damn it, if I can’t be the official source of all movies that deal with Gorgons, then what is the point? 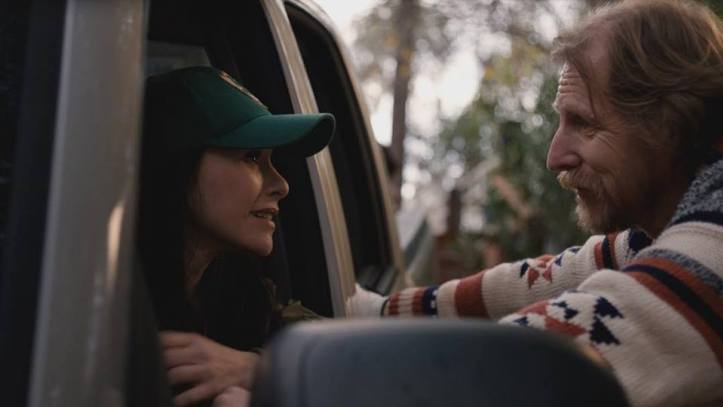 I think everyone now is secretly a Gorgon in this film.

Roy Grady (Lew Temple) our man in the woods with his family, lives in the woods! With his family! He has a daughter, Sprout (Nicole Moorea Sherman) and a younger son, Percy (Tate Birchmore). They have a lot of land, legally, but they don’t have phones and the kids never leave the land. Sprout had an older sister, who died within the last few years, and their mom also died years before that. Very sad times.

Now Roy is very weird. He is teaching them about the gods, the Greek mythologies, as their official religion and focus on life. Thus the name of the youngest kid. And because he teachers her about mythology, Sprout starts to believe she can see Gorgons in the woods, and other monsters. They are out to get her, and her dad isn’t buying it.

But it turns out that there are a lot of secrets in those woods, and she will discover them as her life begins to unravel and change at a faster rate. 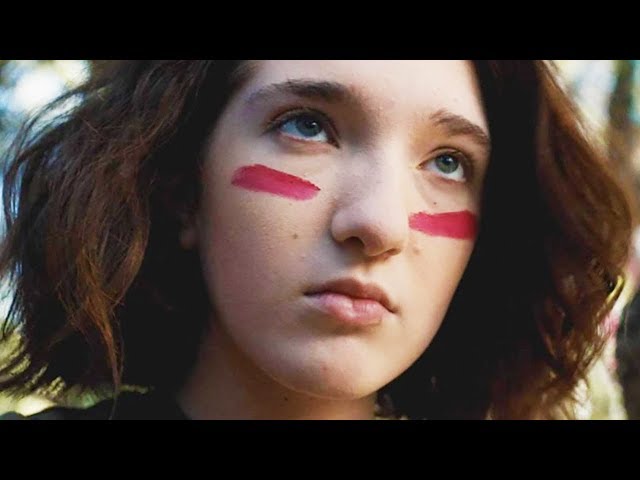 By the end of the film, sure, it got really weird, and took us to a place I didn’t expect at the beginning. Unfortunately, one could easily describe what the ending was about, but the minor levels of interpretation and details are all fuzzy and quick.

We don’t really know why the dad is such a dick. For most people to go and live in the woods and worship ancient Greek gods, you wouldn’t also expect them to be homophobic or anti-liberal while being anti-Christian. So his character is hard to comprehend.

I think this film had a lot of good ideas, but maybe the budget constraints and timing lead to it feeling like it was missing a lot. It wasn’t too short, it just didn’t move the plot along always at a good pace.

I did really enjoy Sprout as the main character and think that she has a lot going on for her, but it just doesn’t add up enough. I root for her, but understand that I am not getting enough of a complete story.

Between The Darkness has a lot of ambition, but is unable to reach its lofty desires in a narratively pleasing way.