Fuck, another movie that I had for months, and waited for the DVD release, like a noob.

It is a shame, when HBO released Behind The Candelabra, I heard nothing but good things. I mean, it is a biography about Liberace! Not that I know really anything about him, as he died before I existed. I just knew he was a flamboyant man, and was part of a joke in Austin Powers. So the good news, I am going to learn a lot about a famous person, and get that much closer to being a master of pop culture.

Good, I have at least one potential benefit. 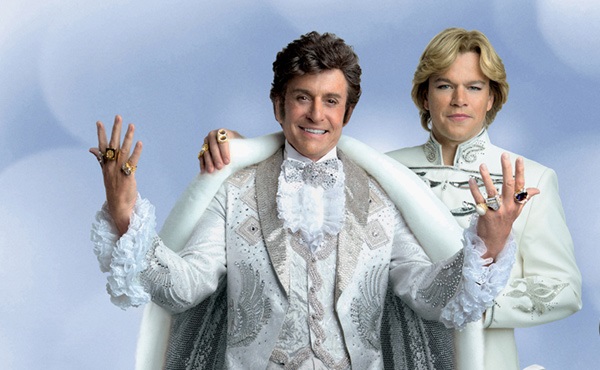 Alternatively, this might just be two hours of butt sex.

The movie begins in 1977, where Liberace (Michael Douglas) is already world famous and the biggest act in Las Vegas. What did he do? He entertained, in almost every fashion. He was great at piano, could tell a story, and was very flamboyant/extravagant. But oh no, he wasn’t gay, never say that. He would sue you. [Plot twist, later in real life, it was found out to be true.]

This is kind of about that story. But also the story of Scott Thorson (Matt Damon). Who is he? Well in 1977, he was only 17, an animal trainer, and wanted to be a vet. He was a bisexual man who happened to see Liberace in Vegas and get to meet with him backstage. Liberace liked him. He hired him to be an assistant.

Unfortunately, this story is about the last ten years of Liberace’s life, so really, I don’t want to say too more, minus the obvious ending. It was great to see Rob Lowe in a small role as a plastic surgeon, and Dan Aykroyd did not look like Dan Aykroyd, he looked like a younger Elliott Gould. 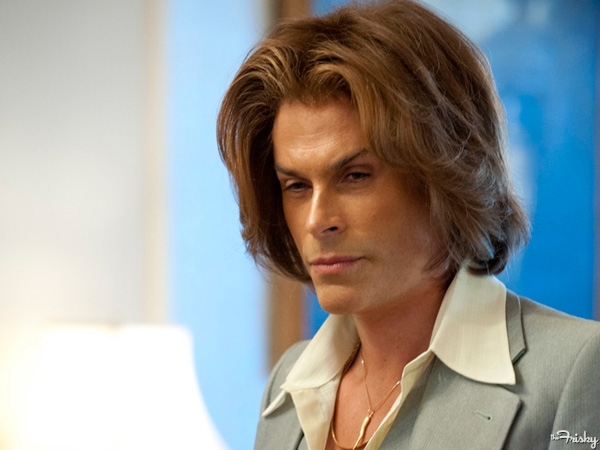 Man, Liberace is really good with his fingers. I mean for piano reasons. Big talent. Huge ego. No, I don’t know what I am doing right now.

A man with such a big personality you would think lives an interesting life. Well, fuck yes he does. A lot of cool and bizarre shit. If the movie is true. It is based on the autobiography of Scott Thorson, after Liberace died. Why? Because Liberace fucking had a clause with everyone that made it so if they ever said he was gay, he could sue them, and would claim it is a lie. Even going so far to release his own biography, making up fake women loves of his life, just to appeal to the masses.

It is a strange an interesting story, one that felt like it left a lot out unfortunately. My biggest complaint. A lot is missing, it goes a bit fast, makes big jumps.

But you know what was the most amazing aspect? The acting by Michael Douglas and Matt Damon in this movie. Douglas was so into that character, I believed completely that he was Liberace. It was really fucking outstanding, and something I haven’t seen from Douglas in some time. Matt Damon still looked a little bit like Matt Damon, but he too really embraced this role, holding nothing back. I mean it. Nothing. Held. Back.

He didn’t pull a 1993 Will Smith in Six Degrees of Separation. Sorry, maybe one other person will get that reference.

These two were really fucking great at their roles. You should watch it for that reason. I just hoped there was a lot more biography in the film is all.