And then they said they would do a movie reboot of Baywatch, decades later. My initial thoughts: FUCK YES!

But why? Well, history has shown to me that taking a serious show and putting it in a comedic modern reboot leads to extreme laughs. Sure, I only have 21 Jump Street and 22 Jump Street to base that opinion off of, but what if Baywatch is as good as those two films? It has the actors, it has a lot it can work with, it should be a sure sign of success!

Then I will eventually realize that it is just Phil Lord and Christopher Miller being an insanely funny directing duo, and not anyone else pulling the strings. 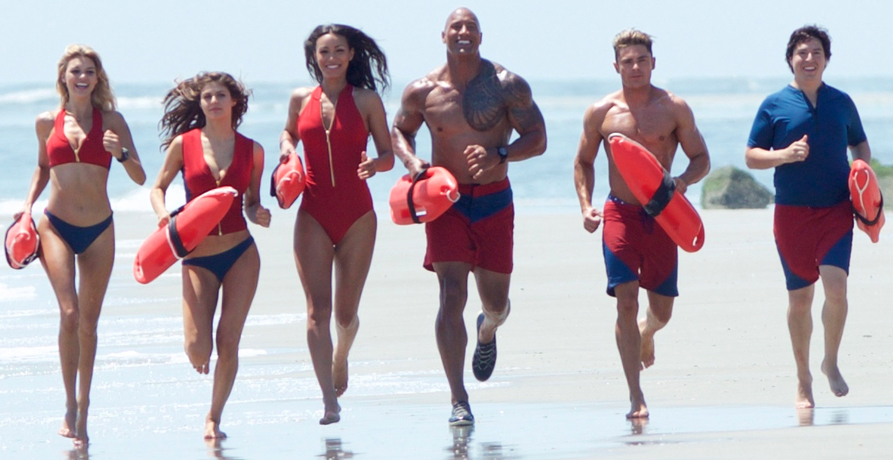 I didn’t want this generic photo, but it was one of the few that actually was decent.

Over somewhere in California, I guess, is a bay that totally needs to be watched. The lifeguard team is led by Lieutenant Mitch Buchannon (Dwayne Johnson), his second-in-command Stephanie Holden (Ilfenesh Hadera), and CJ Parker (Kelly Rohrbach). There are other people on the team too, apparently, but they are background characters with no names or words. Normally they only add a single member to their team a year, but this year they have spots for three people!

Spoilers, the spots go to Matt Brody (Zac Efron), an Olympic swimmer who needs community service and sort of just gets the spot against the wishes of Mitch, Summer Quinn (Alexandra Daddario), a girl who just likes life guarding I guess, and Ronnie Greenbaum (Jon Bass), a guy who doesn’t give up, is basically a tech person and lusts after CJ.

Anyways, Mitch likes to go above and beyond his duty, trying to solve crimes outside of his jurisdiction. Because he has no jurisdiction, because he is a lifeguard. This gets him into problems, with the above people and all of that.

Starring Priyanka Chopra as the villain, Yahya Abdul-Mateen II as a cop, Amin Joseph and Jack Kesy as Chopra’s bodyguards, Rob Heubel as the boss, along with Hannibal Buress, Oscar Nuñez, David Hasselhoff, and Pamela Anderson. 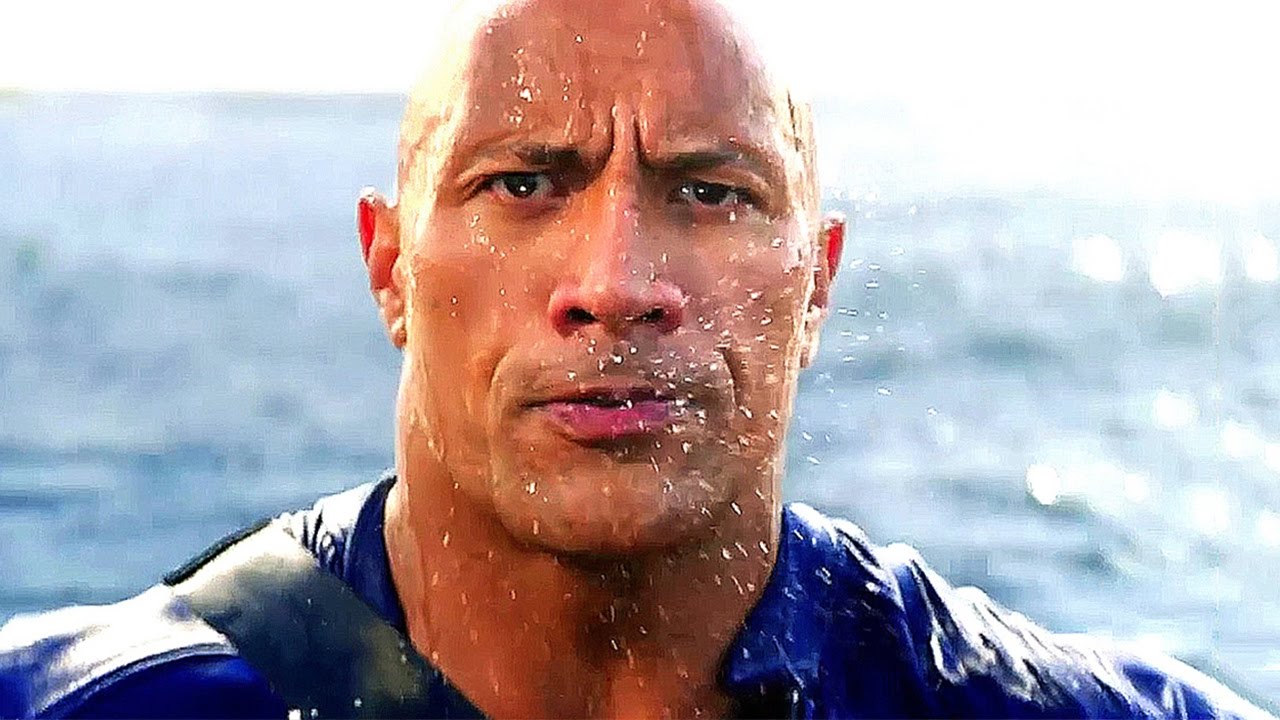 The sexiest shot in the film.

Goddamnit, Baywatch. You could have been something special, but all of the worst components were overplayed, and they didn’t try to make it better.

First of all, the humor, sure jokes were made, but it wasn’t a laugh a minute riot fest like I had hoped (again, comparing to 21 Jump Street). They decided to feature a lot more action and serious moments that weren’t really impressive, nor did they really bring the viewer in on any emotional level.

Secondly, there are only six~ characters in the Baywatch team they decide to highlight, 3 guys, 3 gals. And guess who gets all of the plot, character development, and good scenes? Yep, the guys only. Hadera as “second-in-command” has absolutely nothing memorable happen, she is basically a background character. Daddario is brought in to have someone else famous hang out with Efron and Johnson, but she is the third wheel. And Parker exists only to be a sexualized object to Bass’ character, an ideal woman in her looks and kindness. And yes, they hook up by the end.

Yes, when people think of Baywatch, they think of slow motion women running and bouncing, sure. But that show also had a lot of woman characters with a lot of backgrounds and plots. This movie somehow decided to be WORSE for women than the 11 seasons of a show for people to get their jollies off. That is unacceptable for a modern remake. It is not hard to give six people real characterization throughout a film, but they didn’t even try.

Those are the main two points of contention. If the film was at least funnier on many levels then I might have been able to get around the weaker characters. But because it isn’t that funny, the problems stand out a lot more. The plot was also weak, the “bad guy plot” felt pointless, and everything was just so obvious.

Apparently this movie is bombing, so we won’t a Baywatch 2. But if it does, it should go the Baywatch Nights route, just get it over with.